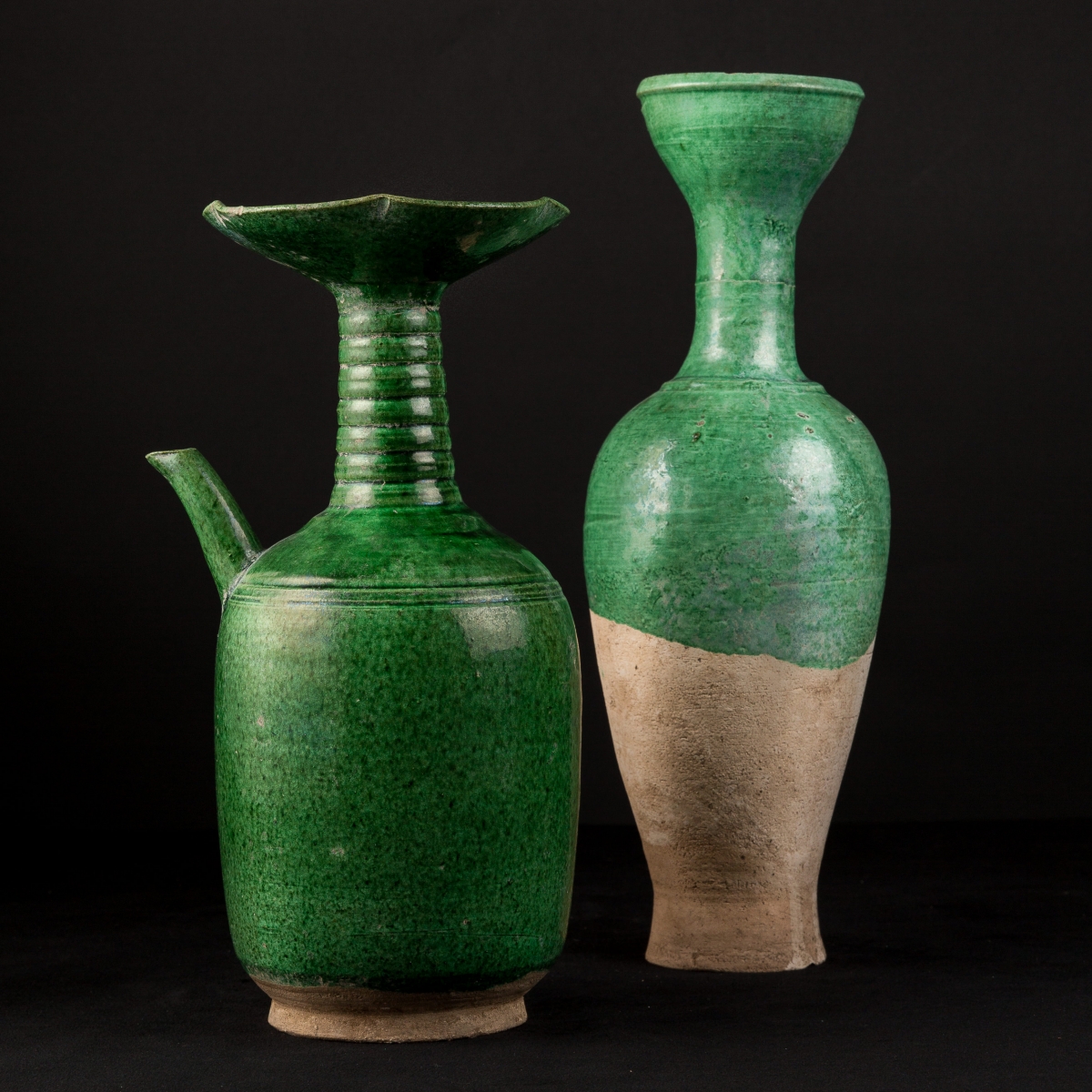 Earthenware vase with green monochrome glaze through which the natural clay base can be seen. It has a curved body, a flared opening at the end of a long, thin neck and a narrow foot, all characteristics of the Liao ceramics of Tang descent. Excellent state of preservation.

These Liao vases are of simple forms and date from the middle of the dynasty. They are characterized by pure lines and a green or brown glaze which rarely descends past the middle of the body. This model is similar to those of central China. This is actually a simplification of the shape of Northern Song jugs. As an ancient nomadic dynasty, the history of the Liao is first associated with the Khitan people of Turkish-Mongolian origin. Their culture mixed elements and art of the Tang with nomadic traditions.