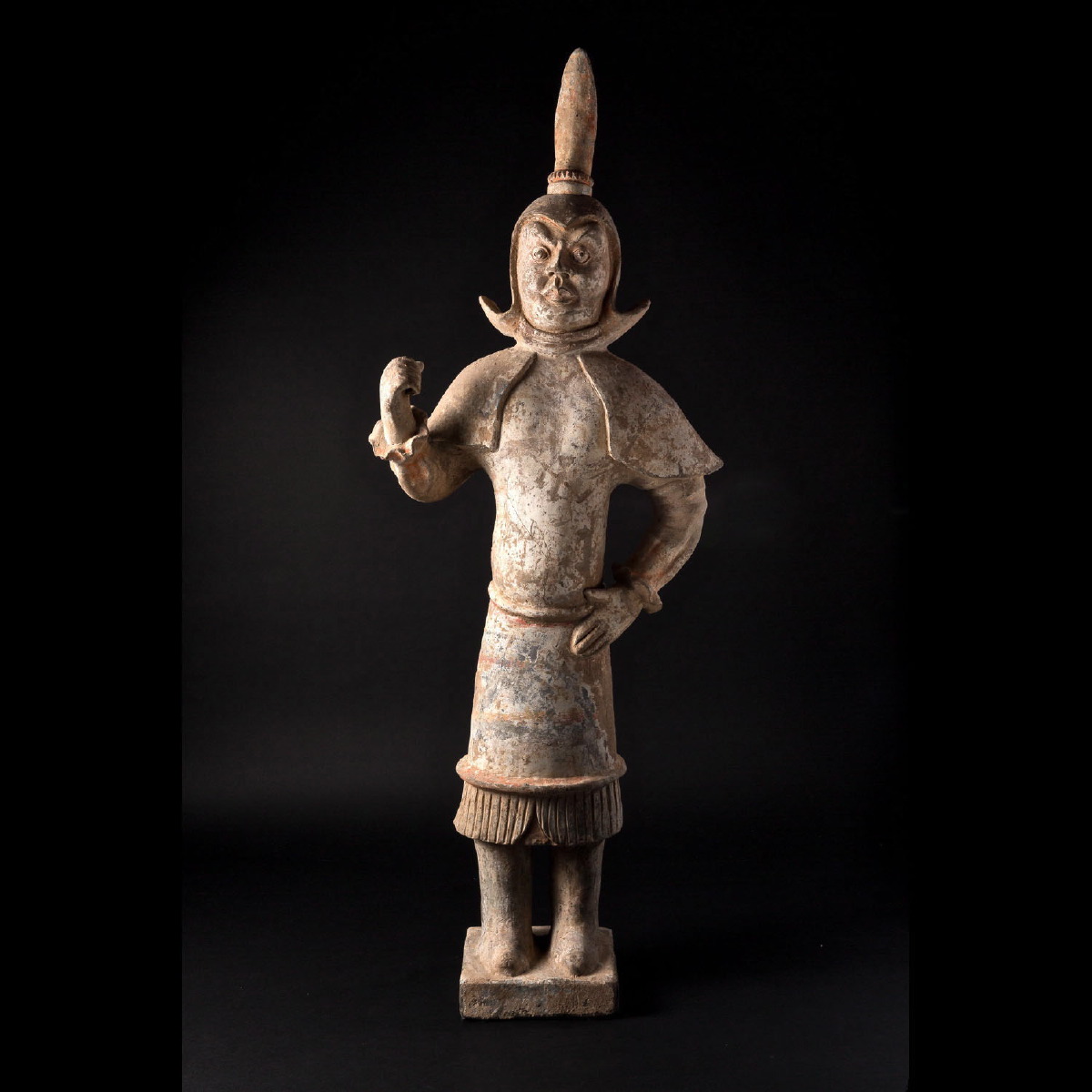 Large statue of impressive size in dark grey clay resting on a terrace which forms the base. The figure has a stern expression and a static, tense manner which is deeply codified. The right hand holds a long weapon while the left hand is placed on the hip as a sign of submission. The helmet has a large central tuft and a protective rim for the neck. Two shoulder guards probably made of metal protect the shoulders. Note the presence of cold water polychromies which were applied. The poacher is neat and folded on the lower section and he wears ankle protectors. Tuft reattached, probable restorations as usual.

This outfit was worn by palace guards and was not fit for combat. These historical figures are similar to imperial guards as their services were only employed by upper class families who had the privilege to reproduce the decorum of the palace in their funerary tombs. These guards were placed in tombs to protect and attack against demons.