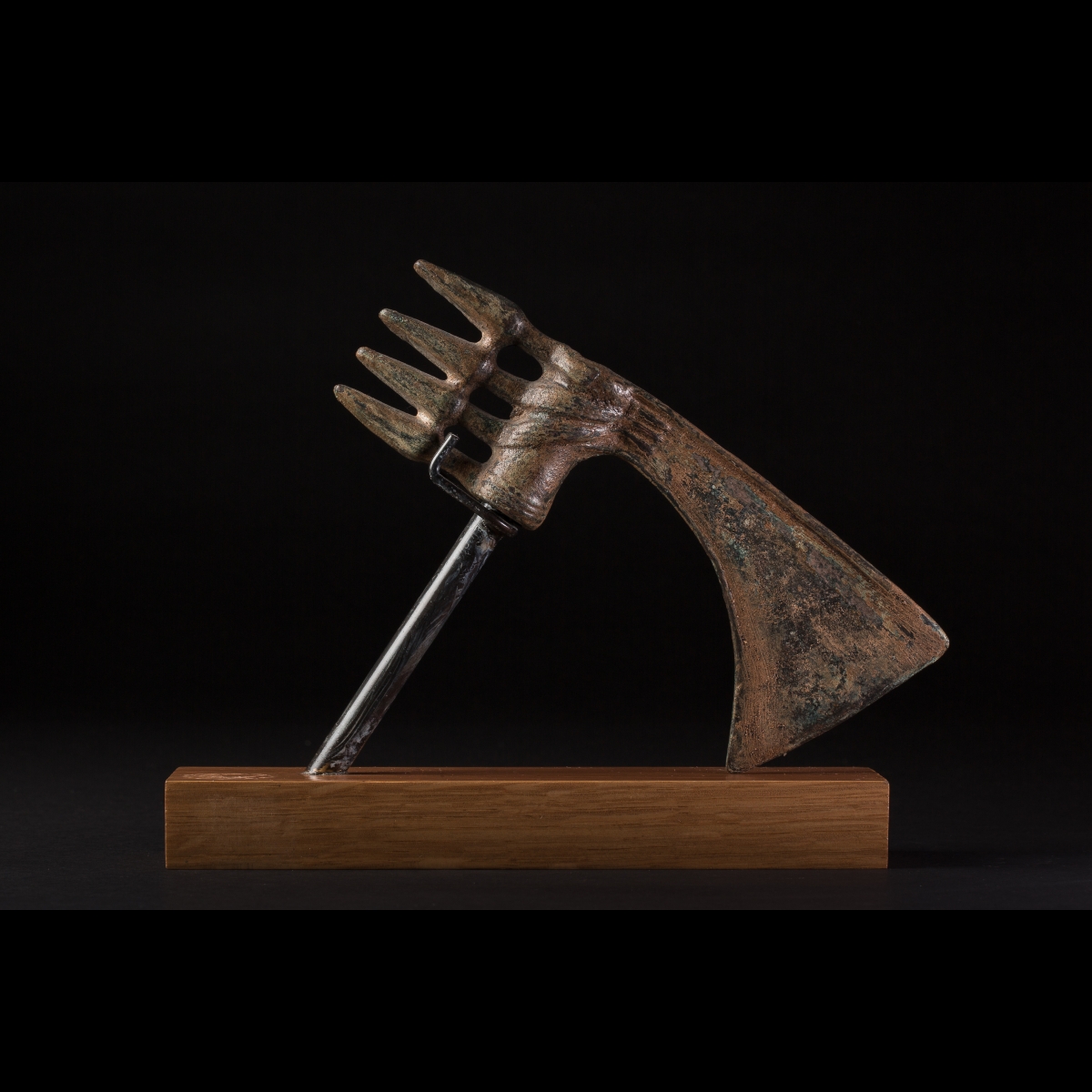 Axe with metal sleeve and four spikes, in bronze with a brown and green patina on an oxide base, made with the lost wax method. Extremely thin neck, small points on the spikes and straight blade without any traces of sharpening as well as the absence of animals on the object, placing such work at the beginning of the period. Excellent state of preservation. Old patina.

Luristan, a mountainous area to the west of Iran, saw during the 1st millennium BC a bronze culture called canonic, which started shortly before the Iron Age (BC 1150-1000). These objects were traditionally made for burials. This Luristan object was probably made by nomads of Persian or Median origins.