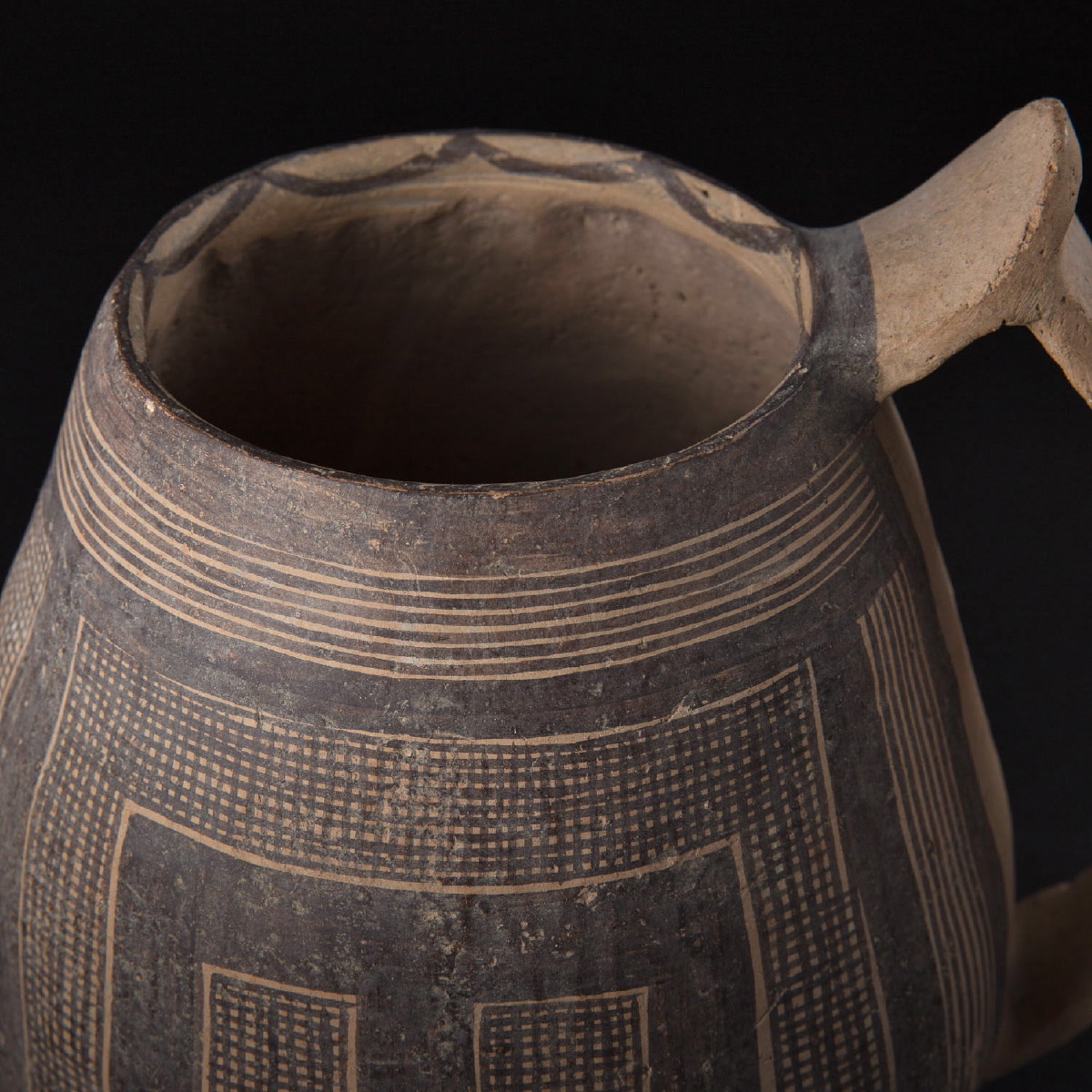 Excellent piece with no restaurations and original painting. It is rare, elegant and originates from the northern part of China.