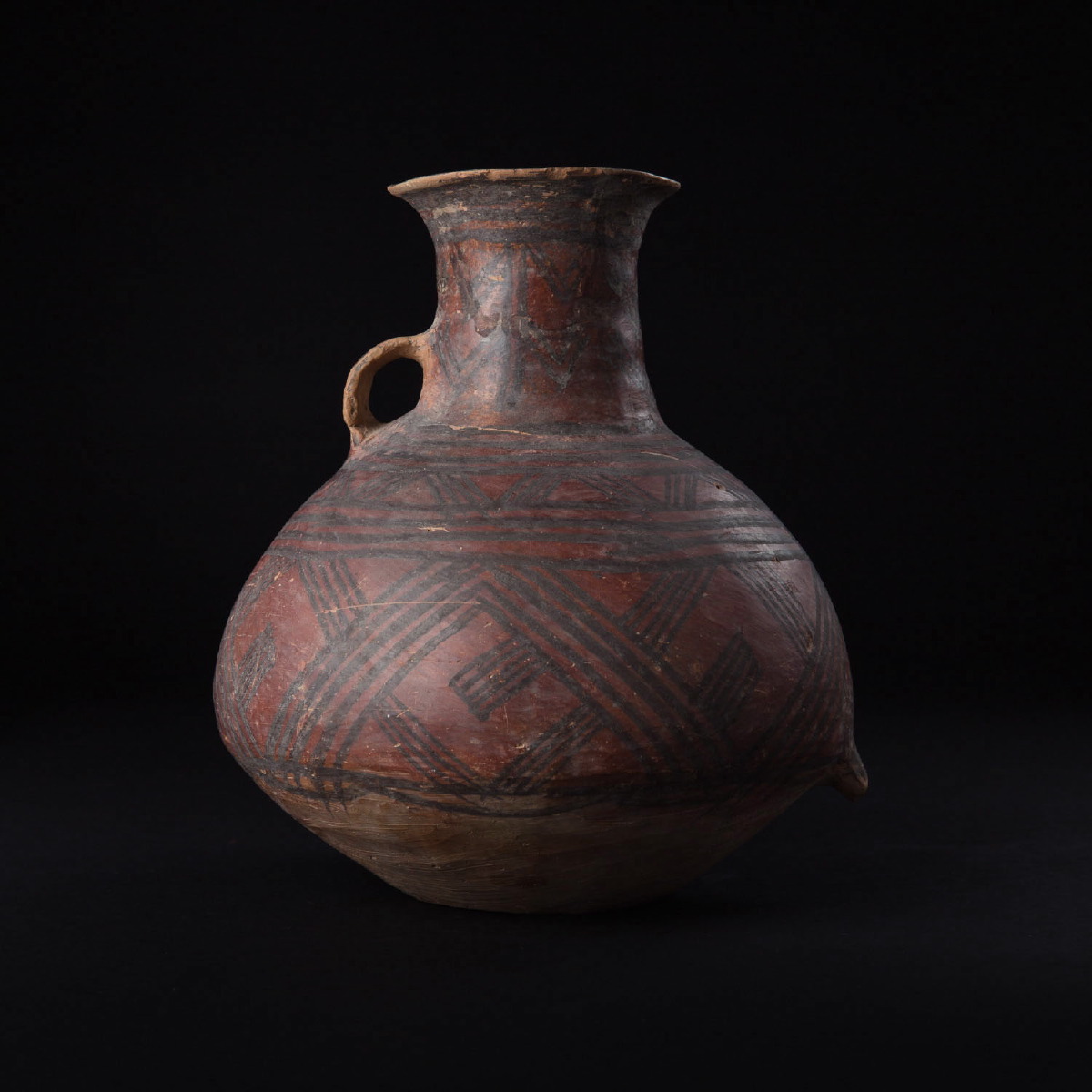 Vase from the neolithic period, from the northern area of China, near Mongolia

The Neolithic culture of Machiayao developed in the northwest of China between 3300 and 2050 BC. The men of this culture are the direct ancestors of the Han. They lived in houses of earth and wood, cultivated millet, raised dogs and pigs, practiced cremation, and spoke a language at the origin of the Sino-Tibetan language still in force in southern China

A true Painted Pottery culture developed in the northwest, partly from the Wei valley and Banpo traditions of the 5th millennium. The Miaodigou I horizon, dated from the first half of the 4th millennium, produced burnished bowls and basins of fine red pottery, some 15 percent of which were painted, generally in black, with dots, spirals, and sinuous lines. It was succeeded by a variety of Majiayao cultures (late 4th to early 3rd millennium) in eastern Gansu, eastern Qinghai, and northern Sichuan. About one-third of Majiayao vessels were decorated on the upper two-thirds of the body with a variety of designs in black pigment; multiarmed radial spirals, painted with calligraphic ease, were the most prominent. Related designs involving sawtooth lines, gourd-shaped panels, spirals, and zoomorphic stick figures were painted on pots of the Banshan (mid-3rd millennium) and Machang (last half of 3rd millennium) cultures. Some two-thirds of the pots found in the Machang burial area at Liuwan in Qinghai, for example, were painted. In the North China Plain, Dahe culture sites contain a mixture of Miaodigou and eastern, Dawenkou vessel types (see below), indicating that a meeting of two major traditions was taking place in this area in the late 4th millennium.