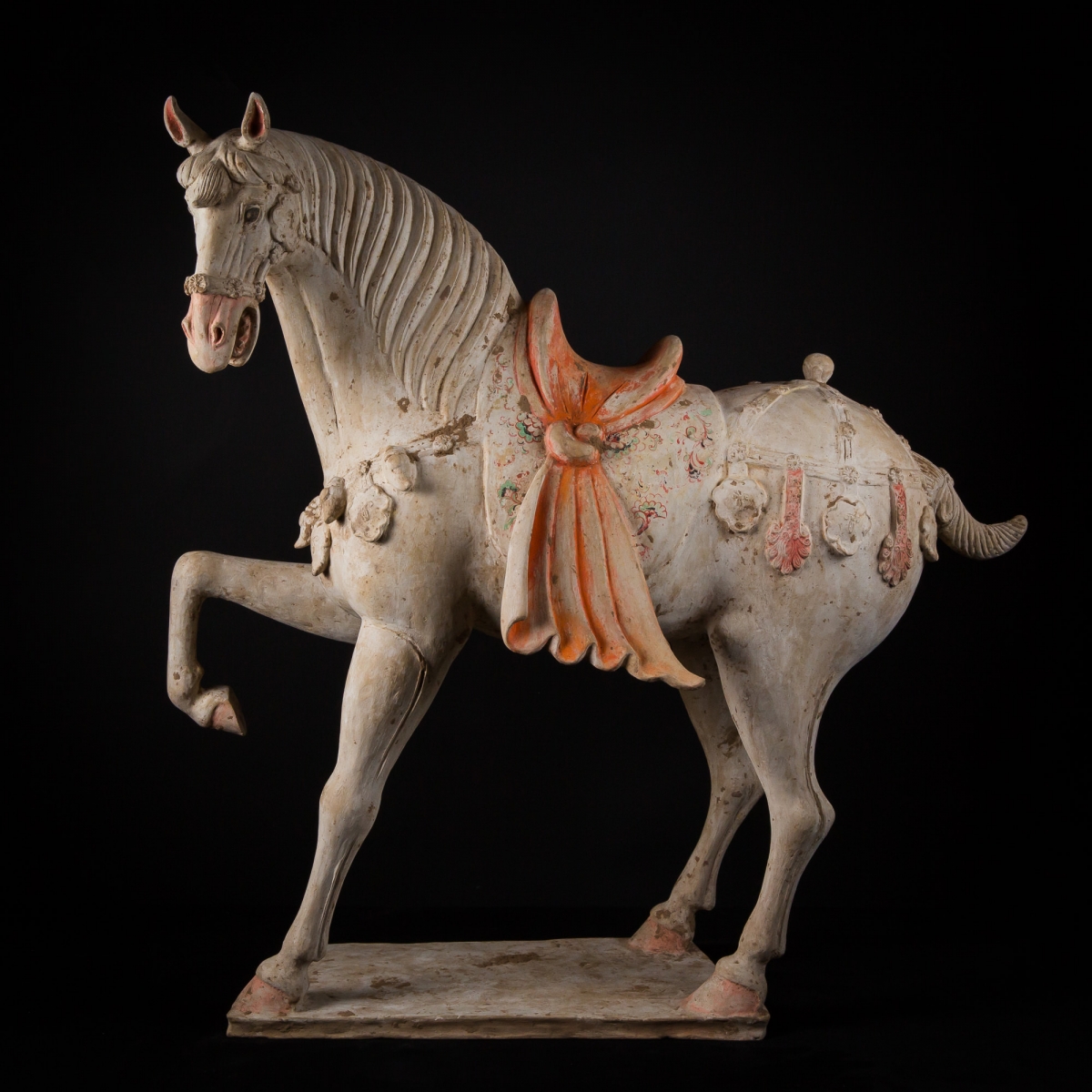 Lovely terracotta horse of a very large size in the prancing stance of a dancing horse with one lifted leg. The horse is white with trimming decorations including a saddle which is painted orange. Visible signs of refined workmanship in the trimmings on the rump and elegant, long mane. The face is particularly thin and beautifully molded with nostrils in relief, the mouth is open suggesting teeth and visible signs of the full energy of this animal. Good state of preservation, probable restorations. Remains of earth from excavation.

The representation of the horse is one domain in which the aesthetics of the Tang reaches its highest most quality. The horse is elegant and racy, it looks smart and active and the most realistic representations of these beautiful animals were a must. The Tang imported many horses from the western plains of Mongolia, thanks to the contact they established with the Uighurs. A horse with its leg lifted is a parade horse, we know that towards the end of the Tang Dynasty, the Emperor’s studs counted in no less than 700 000. These were used for court, but also in military conquests.