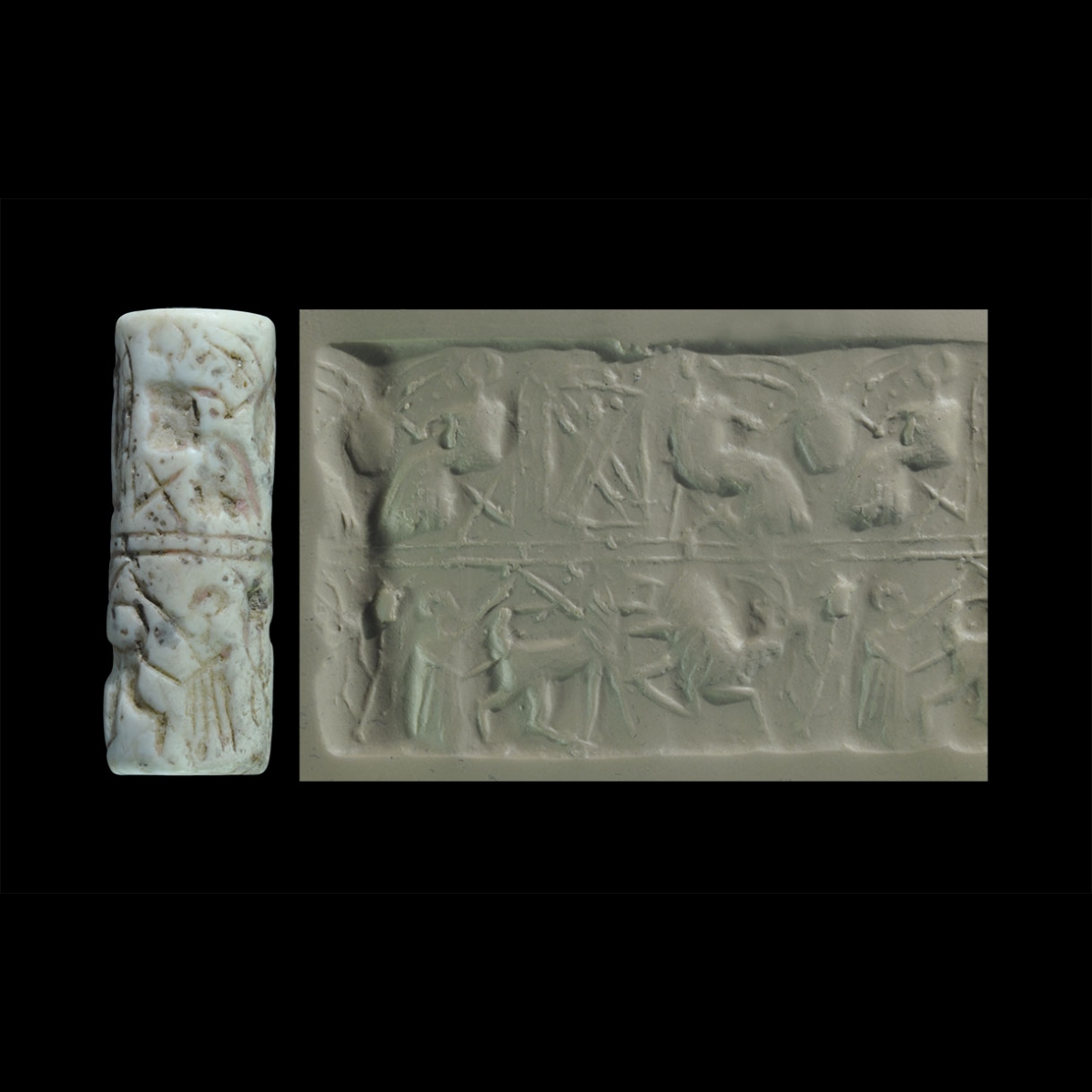 White marble cylinder seal with a hole running through its centre and engraved all around with a figurative scene representing people at a banquet and a battle between a hero and a lion. Two figures dressed in long feathered skirts and seated on wooden stools face each other. They are reaching their hand towards a jar from which plant stalks spring. The scene finishes with a high wooden structure on which an unidentifiable object has been placed. The lower scene shows a figure attacking a lion from behind, the lion itself attacking a goat-like animal from behind. The man is dressed in a long tunic and is directing a spear towards the lion's neck. A bush closes the scene.

The 3rd millennium has furnished us with many images of people and groups of people eating and, more often, drinking. The reasons for these parties are rarely known and the identity of the participants remains uncertain. The most numerous and most varied images are the scenes on the cylinder seals, which combine in diverse manners the guests sharing food and, most of all, drinks, the bearers of gifts and the musicians. The seal was an object of great importance in the societies linked to Mesopotamia. It may have had many uses, either as a signature stamped on administrative documents, as a piece of identity for common individuals or as a ritual offering. Worn as a talisman, it was part of a tiara or became a pendant attached to a string thanks to a central hole. Around the middle of the 2nd millennium, the use of the dynastic seal began to spread, to such an extent that using the seal of his predecessor was, for a king, equivalent to absorbing the former's “virtues”.