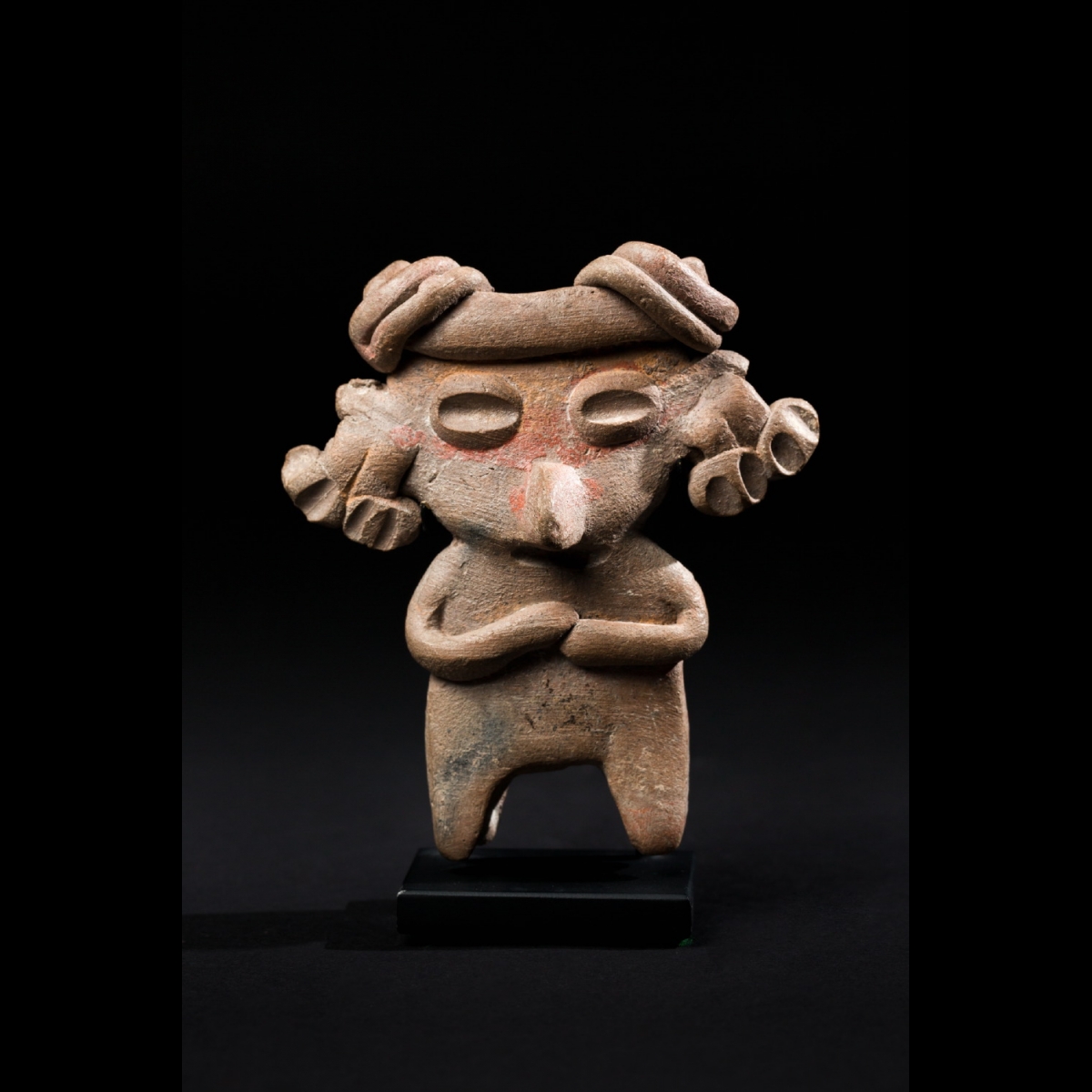 Small female figurine flatly pressed in an orangey beige terracotta showing traces of black and red paint. The oversized head is similar to the stylized « pretty lady » model of the Chupicuaro culture. The nose is long and pointed while the eyes are of a coffee bean shape. Represented standing, thin arms folded on the chest, legs spread and resting on arched feet. This figure is naked and adorned with earrings and a headdress decorated with two rings on either side. Excellent state of preservation. Traces of ancient patina.

Located south of Jalisco and bordered to the northwest by the valley of Mexico, Michoacan is the territory on which the Preclassic culture of Chupicuaro extended. This culture influenced the artistic style and production of terracotta well beyond Michoacan until the 14 Th century. As followers of the cult of the dead, this culture is known for its female figurines, which traditionally symbolized fertility. These were predominantly used during funerary rites and placed in tombs (most likely of children) as offerings