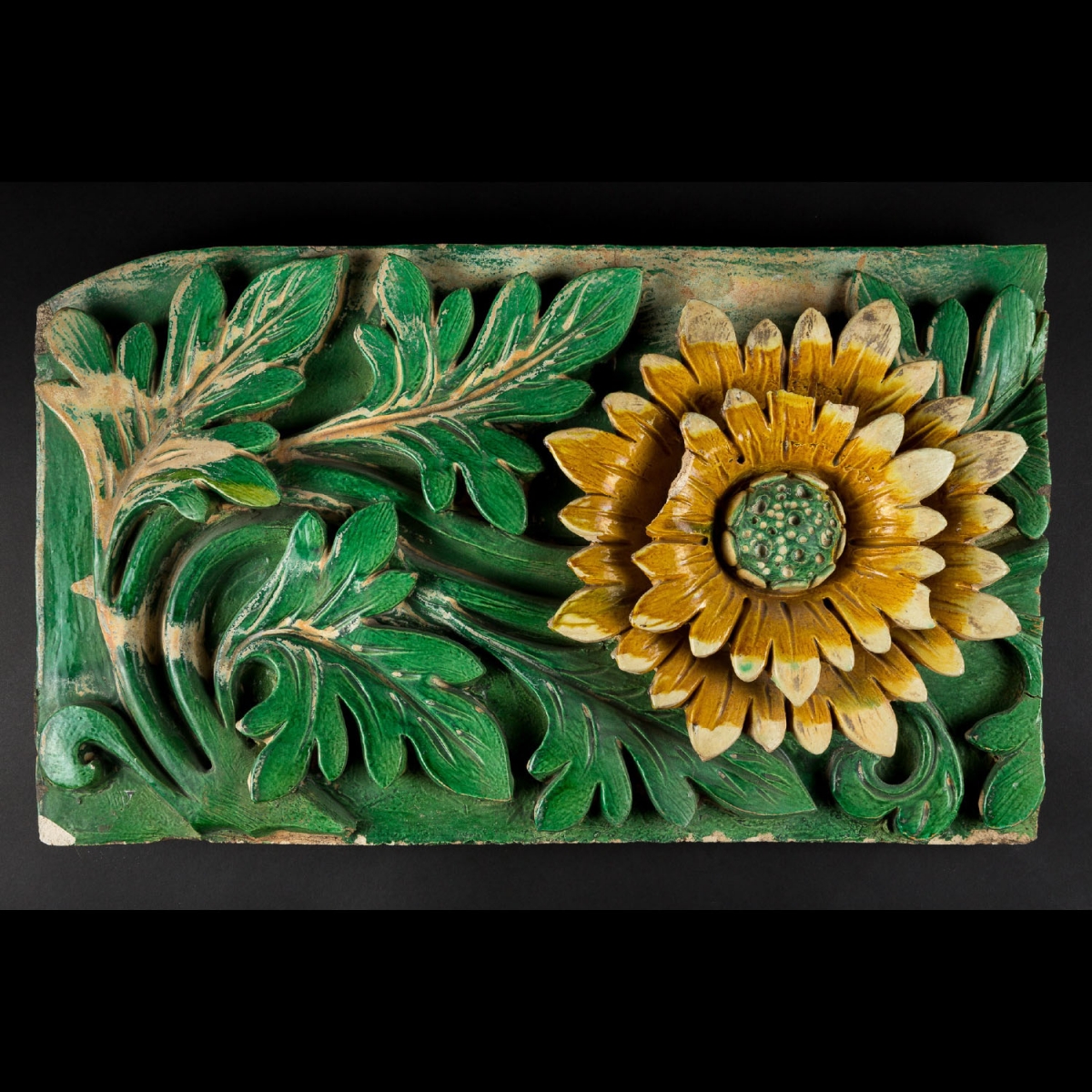 Two ornamental rectangular bricks with floral adornment in high relief depicting lotus flowers. In Sancaï green and yellow glazed terracotta. Decoration is applied onto the brick, upper section of the brick is visible. Good state of preservation. Some broken and missing sections on the relief of the chrysanthemum and lotus flower. A missing corner at the top left of each plate

These two bricks constituted the ornamentation of the exterior walls of patios and gardens in the rich Ming residences. Some walls in the Forbidden City have such bricks, which are always rectangular and most of the time coloured, as with these, in yellow, green and brown sancai. Under the Ming dynasty, yellow became the imperial colour. Associated with green, they bring wealth, joy and longevity to the house they decorate. The lotus, a summer flower, is one of the eight symbols of Buddhism, it signifies purity and integrity. The chrysanthemum, an autumn flower, is associated with the learned; it represents perseverance and virtue. In these two bricks we see evidence of the dexterity of the potter who fashioned by hand the two flowers in full bloom. The Guimet Museum in Paris exhibits similar pieces.