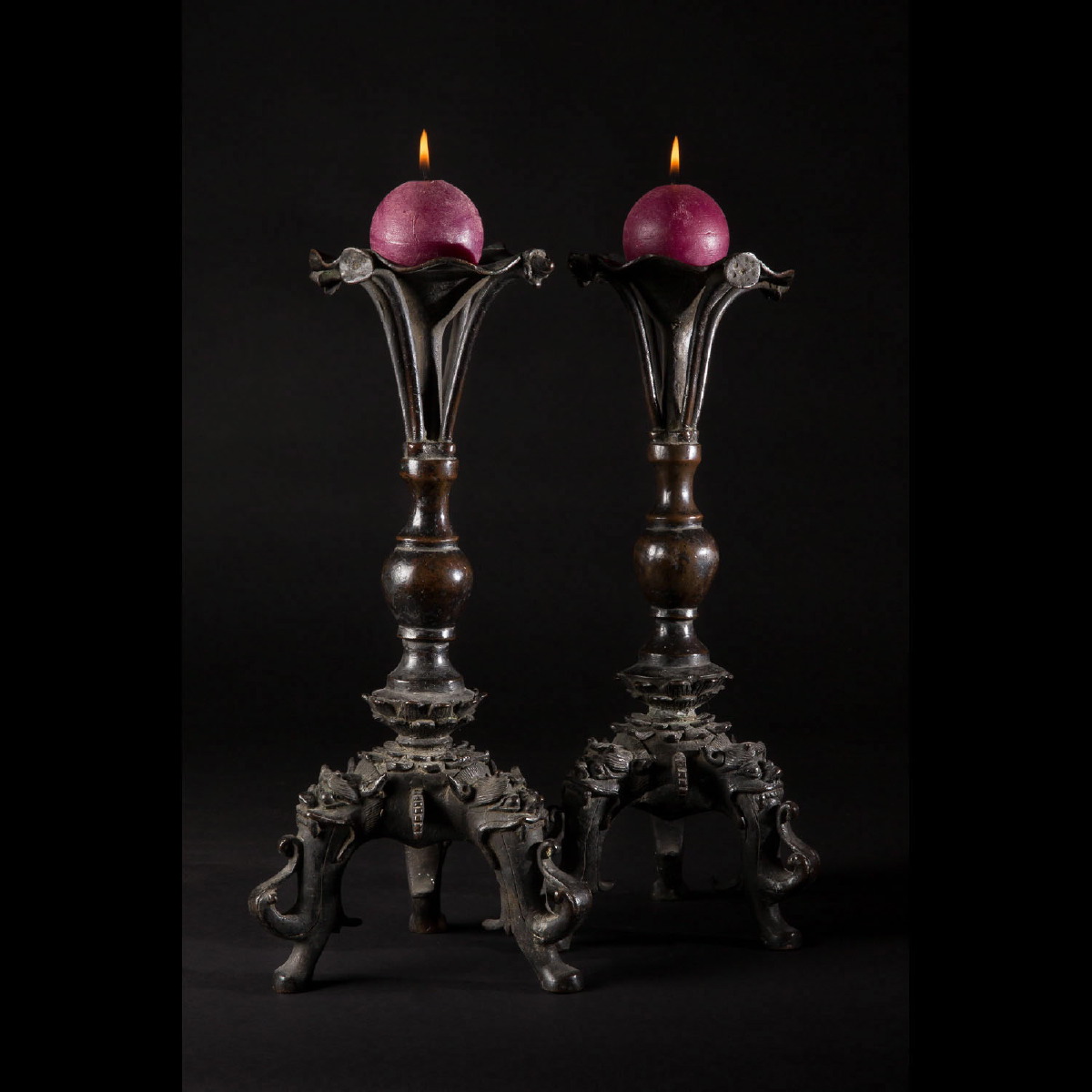 Nice pair of candelabrum in dark bronze with a tripod base ornamented with chimeras. The body is composed of a chalice in the form of a petal sitting on a central round ball. Object not ritual but used on an everyday basis. Excellent state of preservation. Nice dark burnish.

While at that time the West was using coal to light the houses, China was already breeding small worm that used to live in a tree called Pelachou meaning “the white wax tree”. These animals were producing a hard shiny wax of a far better quality than the bee wax and in fact it was far more expensive. This way of producing white wax was described in Histoire Générale des Voyages published in 1769. It was usual to use a reed as a wick. During the Ming Dynasty, an intense revival began in the making of Chinese bronzes, often referred to as the Second Bronze Age. During this period, bronzes were simplified with more attention being paid to elegance and perfection.