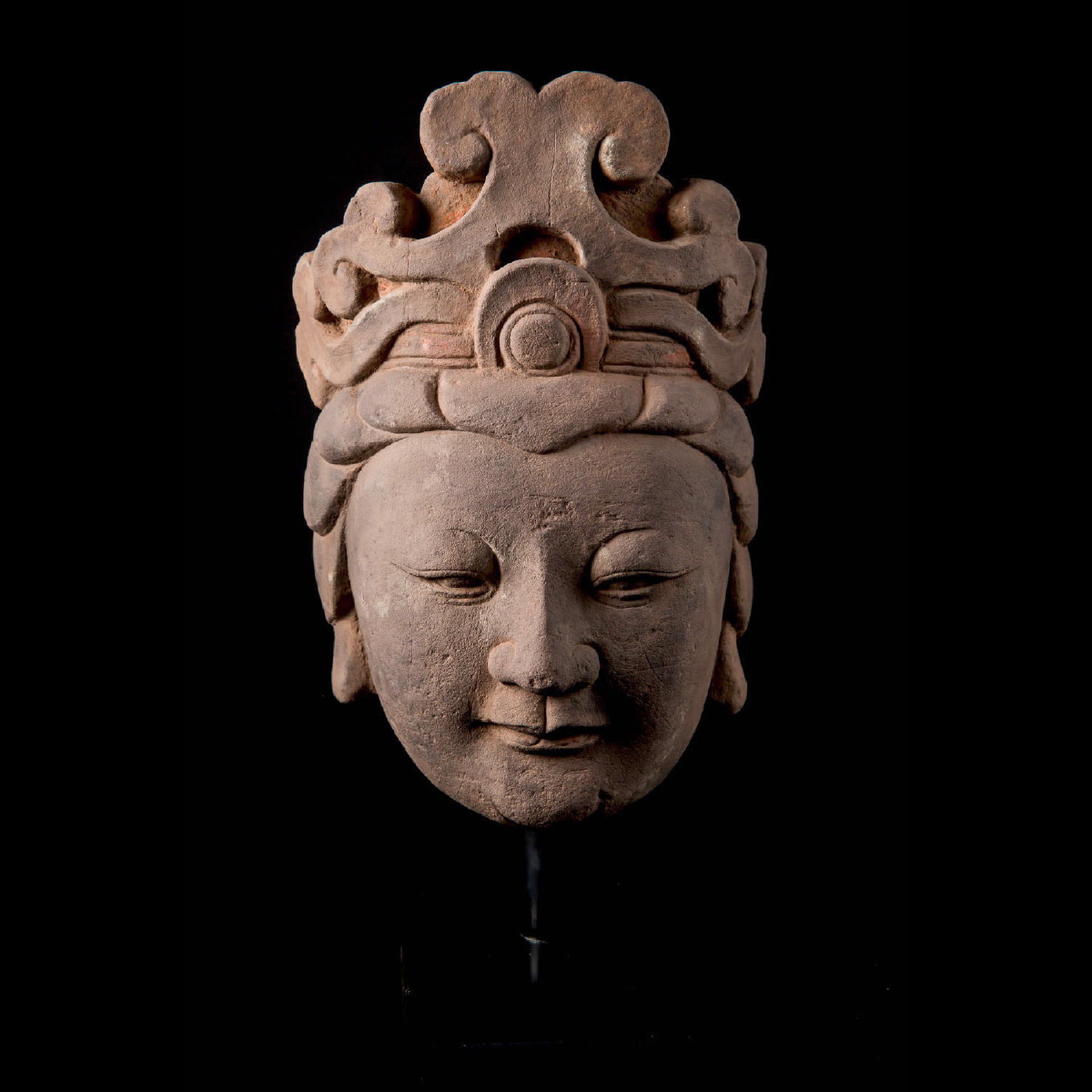 Head of a Kwanin in grey sandstone, sculptured in the round adorned with a diadem composed of interlacings and a chignon on the top of the head. The face is chubby and the eyes half closed as is charateristic of the Ming period. The smooth finition gives to this face a sense of great simplicity and a perfect impression of serenity. Some traces of an ancient ochre polychromy can be seen on the lips. Very good state of preservation.

Kwan Yin or Guanyin is the goddess of mercy and compassion. Killed by her father, she then decided to recite the holy books as she arrived in purgatory making the sovereign of that place unable to bear the dead souls. The upset god sent her back to stay with the living where Kwan Yin reached a great spiritual understanding was awarded with immortality from buddha. During the 10th century AD, Chinese iconography tended to give more importance to women: Avalokitesvara, the bodhisvattva of compassion for the being in distress, became Kwanin “the giver of children”, the merciful, object of a popular worship.