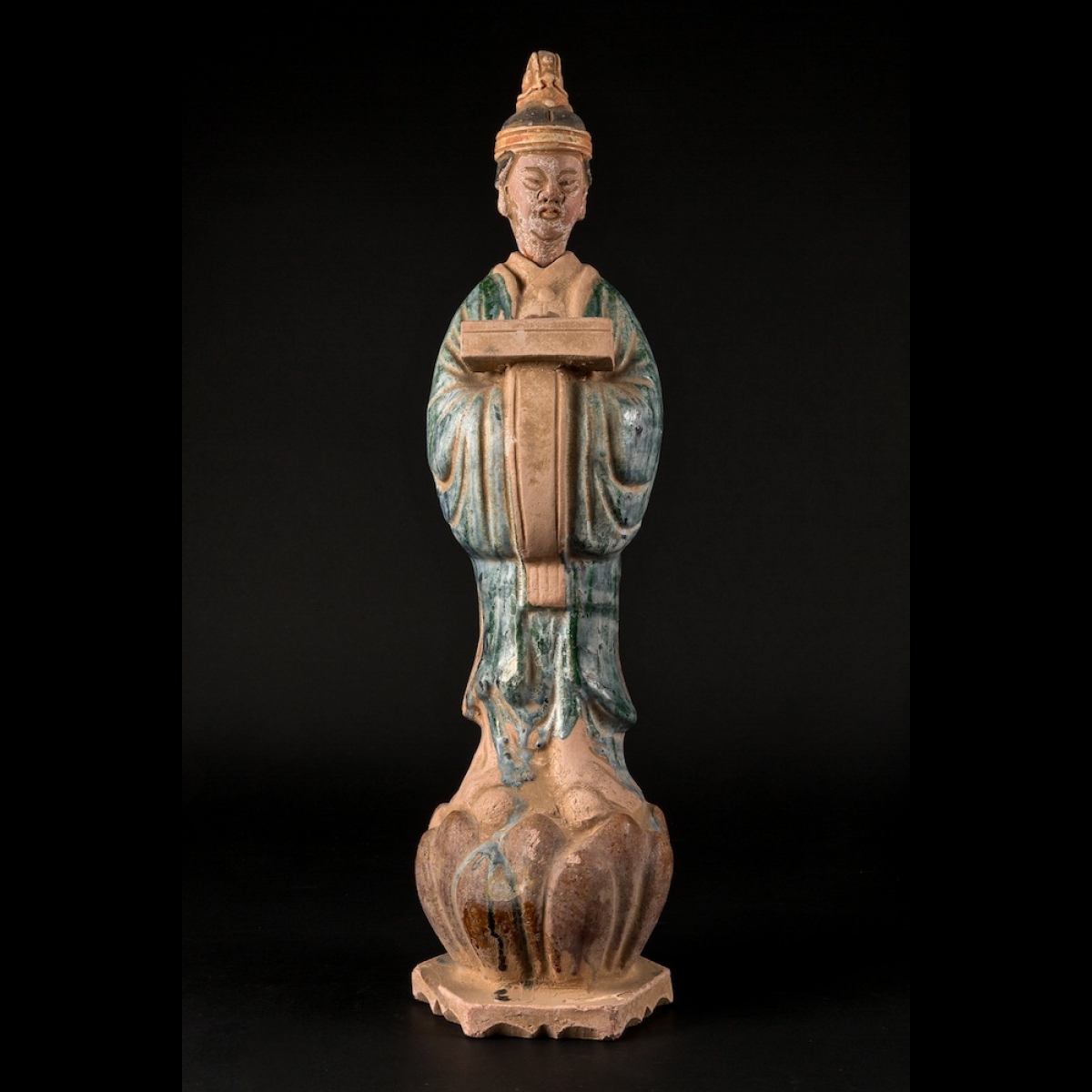 Statue of a man of letters standing on a lotus bud and holding a small rectangular cabinet. Pinkish moulded terracotta covered with a green glaze composed of copper pigments which gives it this particular colour. Large coat painted in green which falls down like a drapery, typical hat of learned people under the Ming Dynasty. Very fine condition. Posible ancient restorations even though not visible. Nice patina due to age with some signs of limescale.

This statue is a Mingki that are characters who belong to the funerary rituals in China. The lotus flower is the symbol of virtue, pureness and perfection. It is also the symbol of summer and fertility. In Chinese language, the word lotus is pronounced in the same manner as both the words year and infant, having by this way a link with continuity and prosperity. In Buddhism, the lotus represents the complete purification of the body and the soul; it is one of the eight best auspices. Its roots are in the mud, its stalk is in the water and its flower floats on the water with great majesty. This represents the on-going progress of the soul through materialism, passing through the water of experience and then reaching the sun of enlightenment.