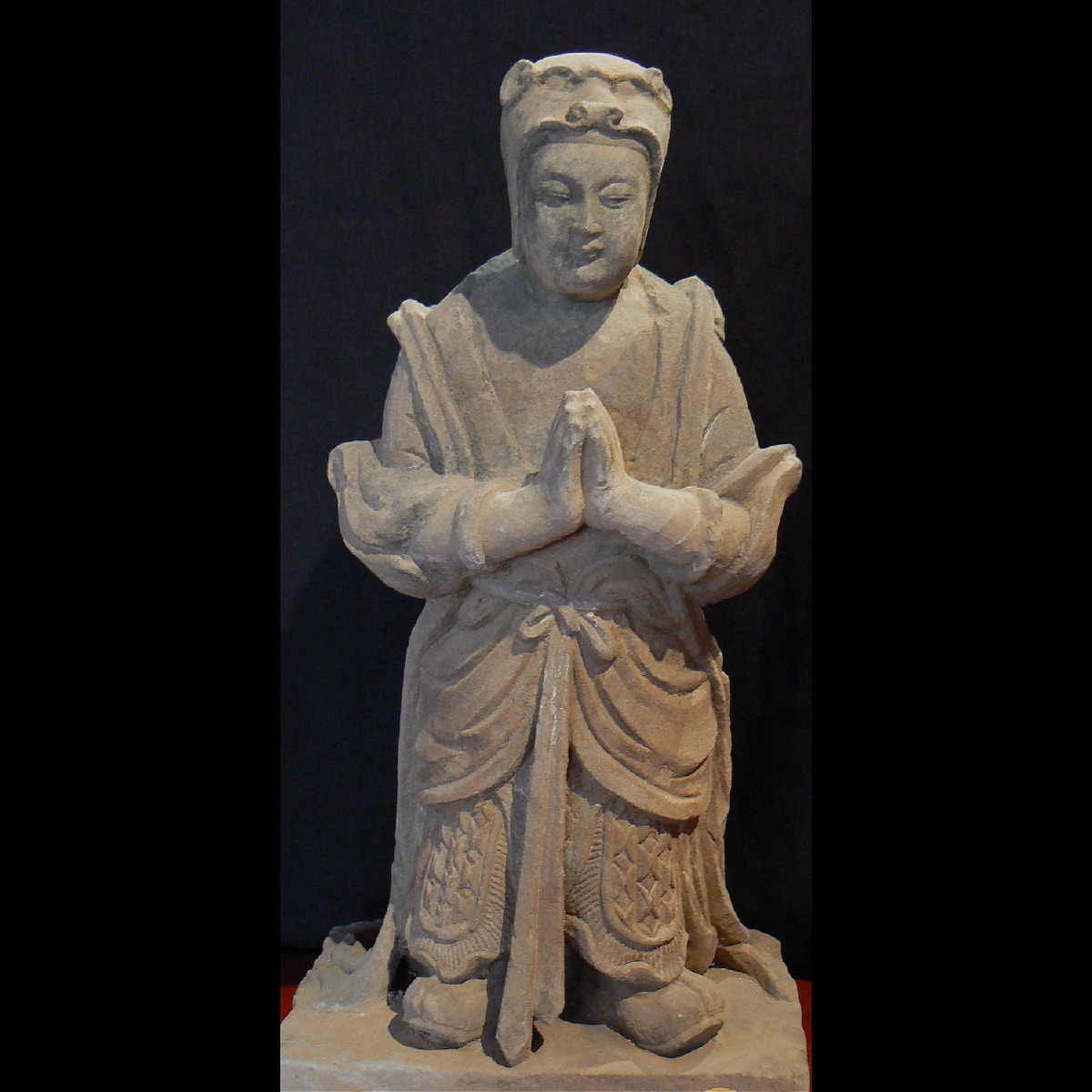 Grey stone statue of a praying worshipper sculpted in the round. The dress is composed of many layered tunics covered by a belted overcoat. He wears a hat covering his hair and ears.

The statue is represented with joined hands on the bust, the fingers stretched in the anjali position, which is certainly the most simple and most familiar of all the mudrâ, being used to communicate tribute and adoration. This gesture was performed with humility by the worshippers and disciples of the Buddha whether they were standing or kneeling. In Buddhism, these gestures and acts of devotion were considered a praiseworthy attitude leading to a healthy disposition of the mind, necessary for victory over anger, passion and wrong concepts. An open cavity in the back was, as is often the case with Buddhist icons, most likely filled with dedicatory material that served to both consecrate the sculpture and to enliven or activate it. Consecratory material in Chinese sculpture can include texts, textiles, semiprecious stones, and grains, as well as cloth reproductions of human organs. The use of such material, understood to symbolize the presence, charisma, and teachings of the Historical Buddha, can be traced to some of India’s earliest Buddhist monuments.