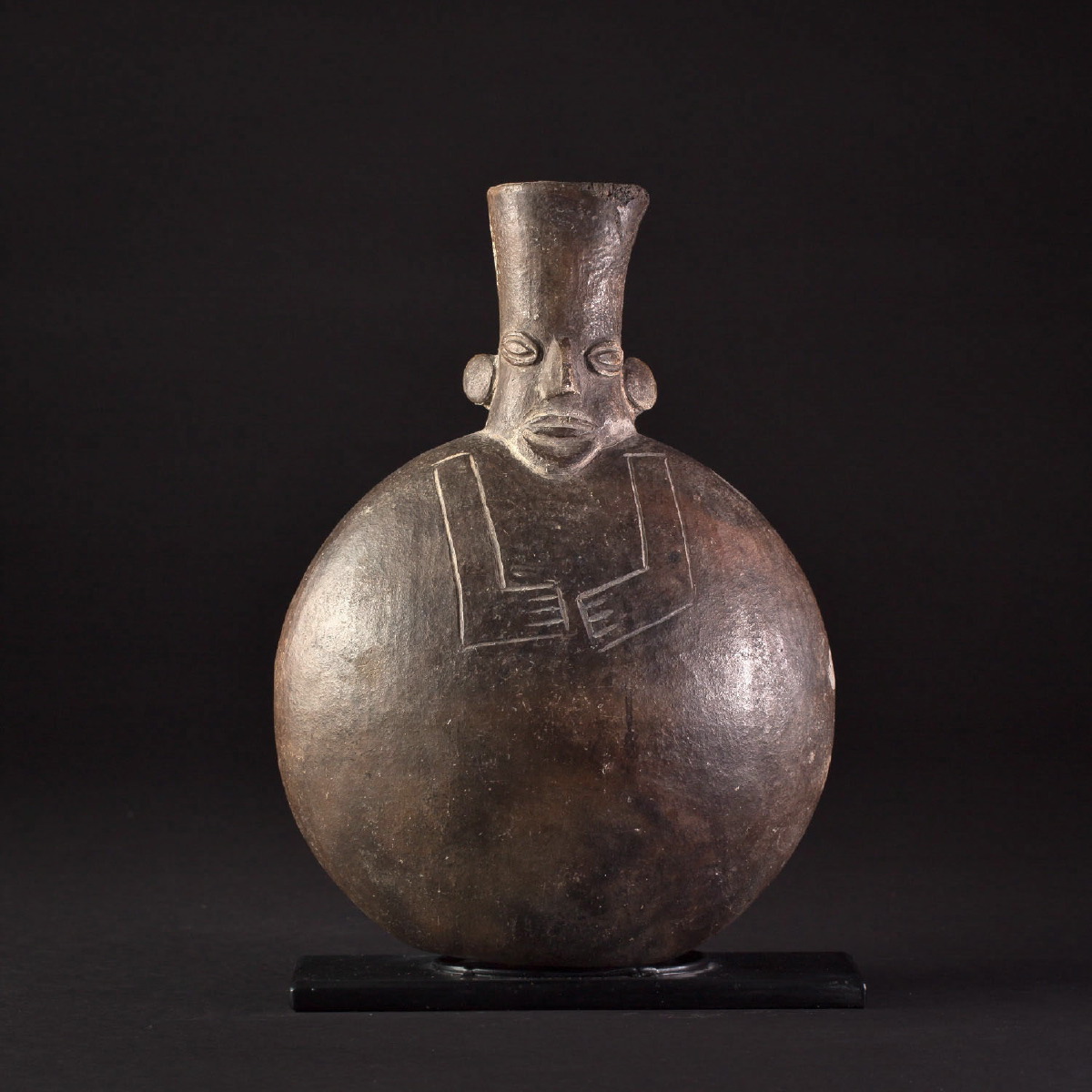 Dark brown terracotta vase with a long neck and dark colour due to a reduction firing method. The vase depicts the face of a character with a handle affixed behind the neck and a flattened circular belly. The eyes and mouth are prominent and stylized while the ears are large and circular. The arms are folded and elegantly carved onto the body. This piece was first cast to obtain the general shape and then customized. The location of the head at the base of the neck is typical of Chimu iconography. Excellent state of preservation. Small shards are visible on the base of the neck.

The Moche civilisation developed in northern Peru, encompassing the Mochica, then the Lambayeque (Sipan) and finally Chimu cultures. It was a hierarchical theocratic society ruled by a powerful lord priest. No trace of writing has been found from this civilisation, although we know they all spoke the same official language. Ceramic remains one of their strengths, as they excelled in creating varied, colourful and eccentric forms of plants, animals and humans.