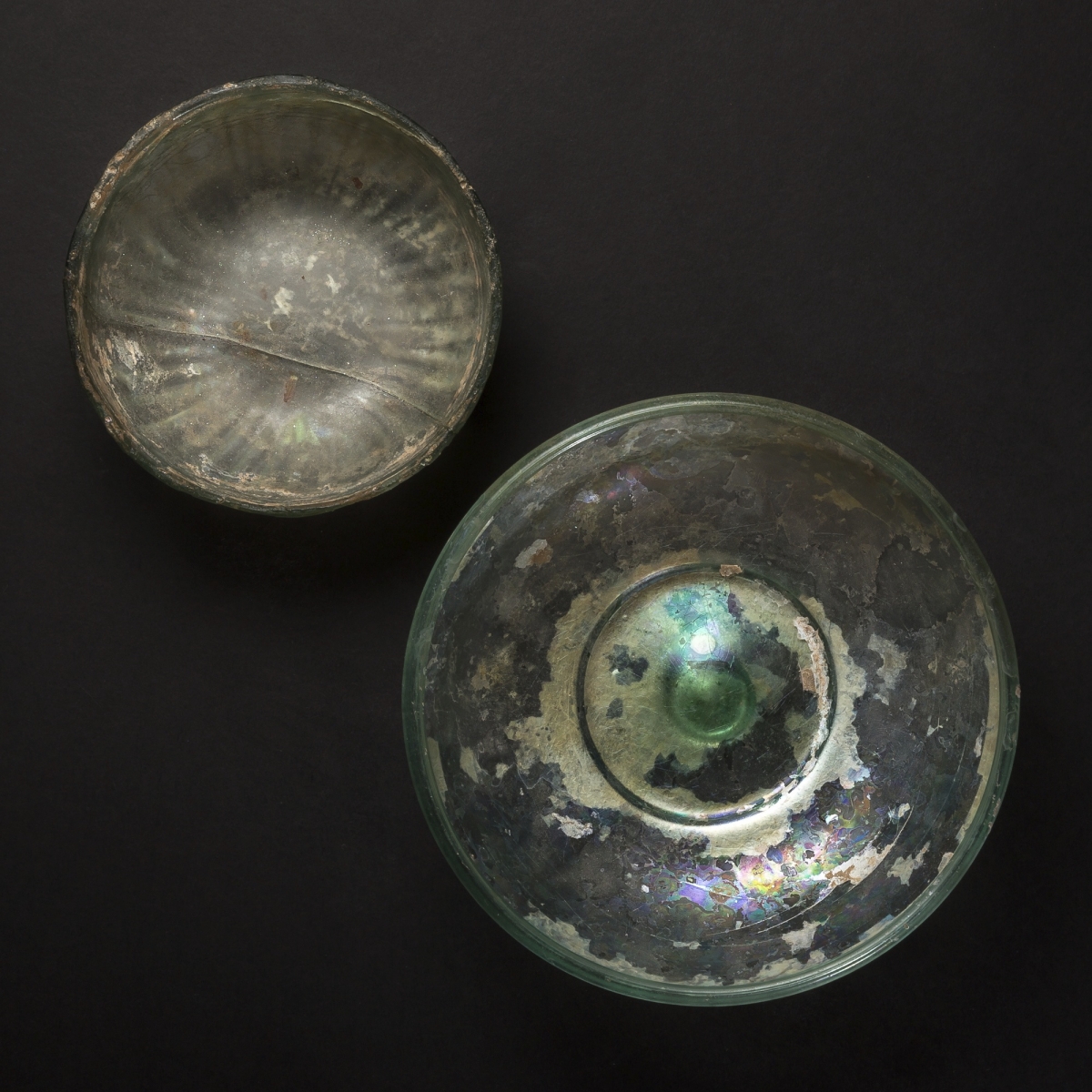 Large cup with a spherical body, rounded lip with a tubular flared edge formed by folding glass outwards and an annular foot. Transparent and iridescent green glass. Glass is composed of a mixture of silica (roughly 70%), which gives the glass its vitreous state, and alkaline oxides that lower its melting point (1710°C). In Antiquity, the soda extracted from the marine environment served to lower the melting temperature to 1050°C.

Due to its smooth and non-porous texture, glass has proven to be well suited for use on the dining table. Moulded glassware has always been a luxury product, even though it became more commonly used during the second half of the second century BC in the Eastern Mediterranean and a century later in the West. Blown glassware was however used daily for table service and cooking in Roman times.