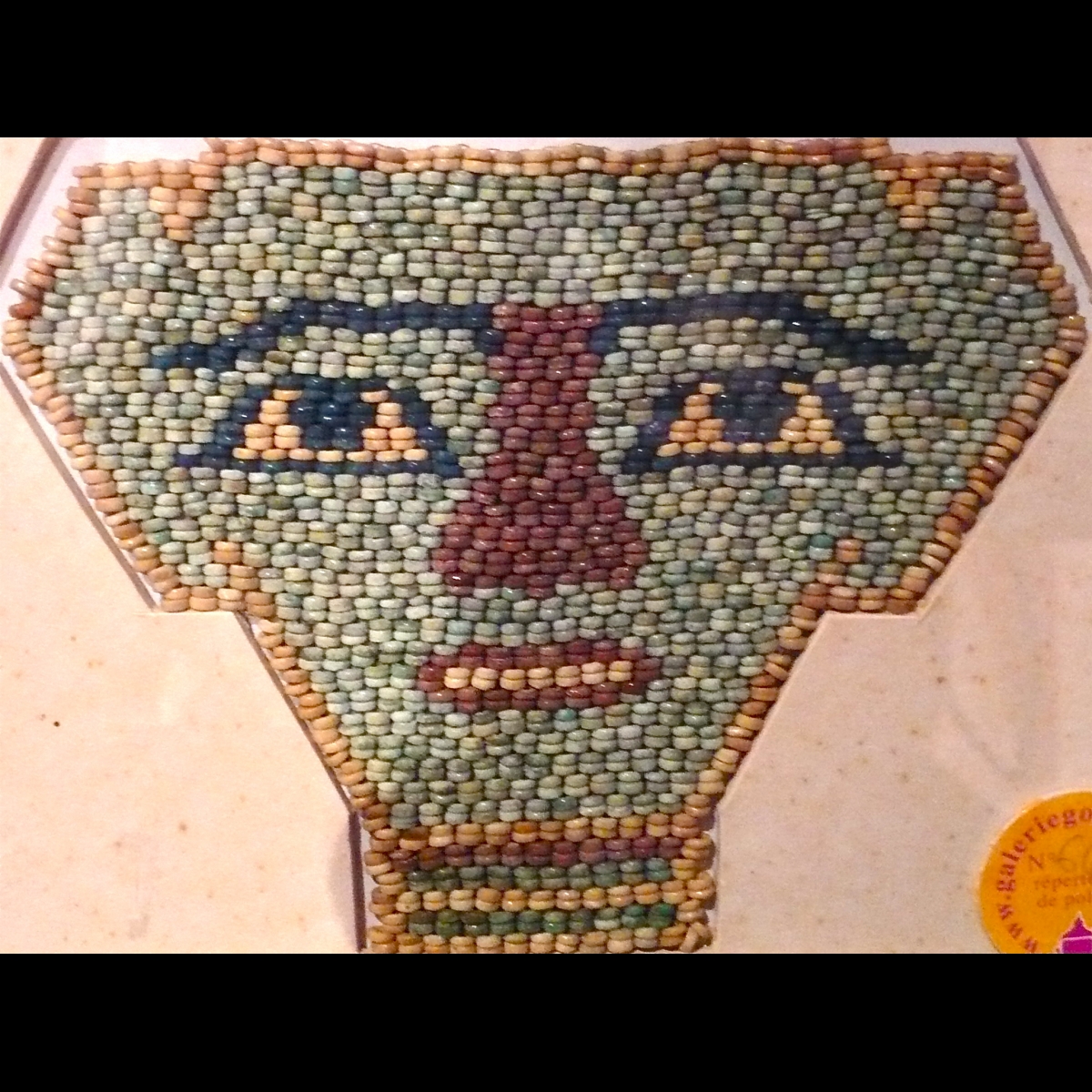 Mask composed of tubular faience beads known as fritte in green, red, beige and dark blue, which was placed on the face of the mummy as adornment. It was not uncommon that these faces be connected to strings of pearls to which amulets would be added. The pale turquoise symbolizes the colour of the sky, but also the colour of the flesh of the gods. It refers to the colour of the Nile. Very fine condition. The beads have been restrung.

Funerary masks would sometimes by places on the head of the mummy as protection, but primarily to assist the spirit of the deceased Ba, to reclaim his body after the journey. The traits of the deceased are idealized and stylized, representing what he or she wished to resemble in the hereafter. Here, following tradition, it probably represents  the goddess Nut, goddess of the sky, who was in charge of offering food to the deceased in the afterlife. During the late period, wealthy Egyptians and aristocracy started again to adorn their mummies with nets composed of thousands of multicolored faience beads and amulets of any kind.