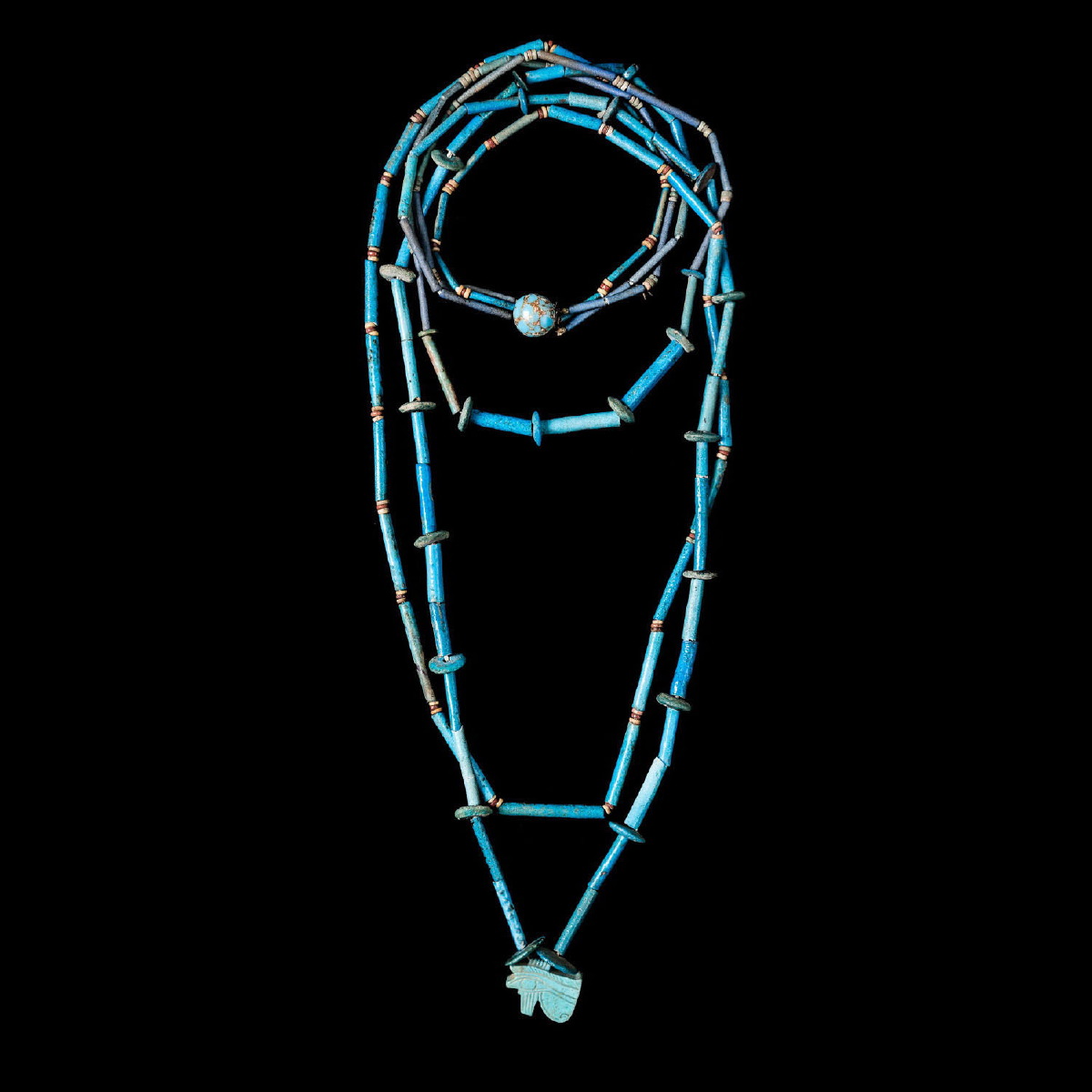 Necklace composed of 3 strings of tubular pearls alternating with disk-shaped pearls of blue frit and, in the center, an amulet in the shape of an eye of Horus. Objects obtained by vitrification are akin to the unglazed Egyptian earthenware. The Egyptian blue frit is composed of quartz, a copper silicate and calcium.

In Egypt, the “Eye of Horus” or “Udjat Eye” protected against curses and kept away the “evil eye”. It could be found throughout the Mediterranean basin, such as on Phoenician boats and Greek chalices. Ptolemy, who gave his name to the influential Ptolemaic dynasty, was one of Alexander the Great's generals and became the satrap of Egypt when its territory was divided. Under the Hellenistic dynasties, Egyptian traditions fused with Greek customs.