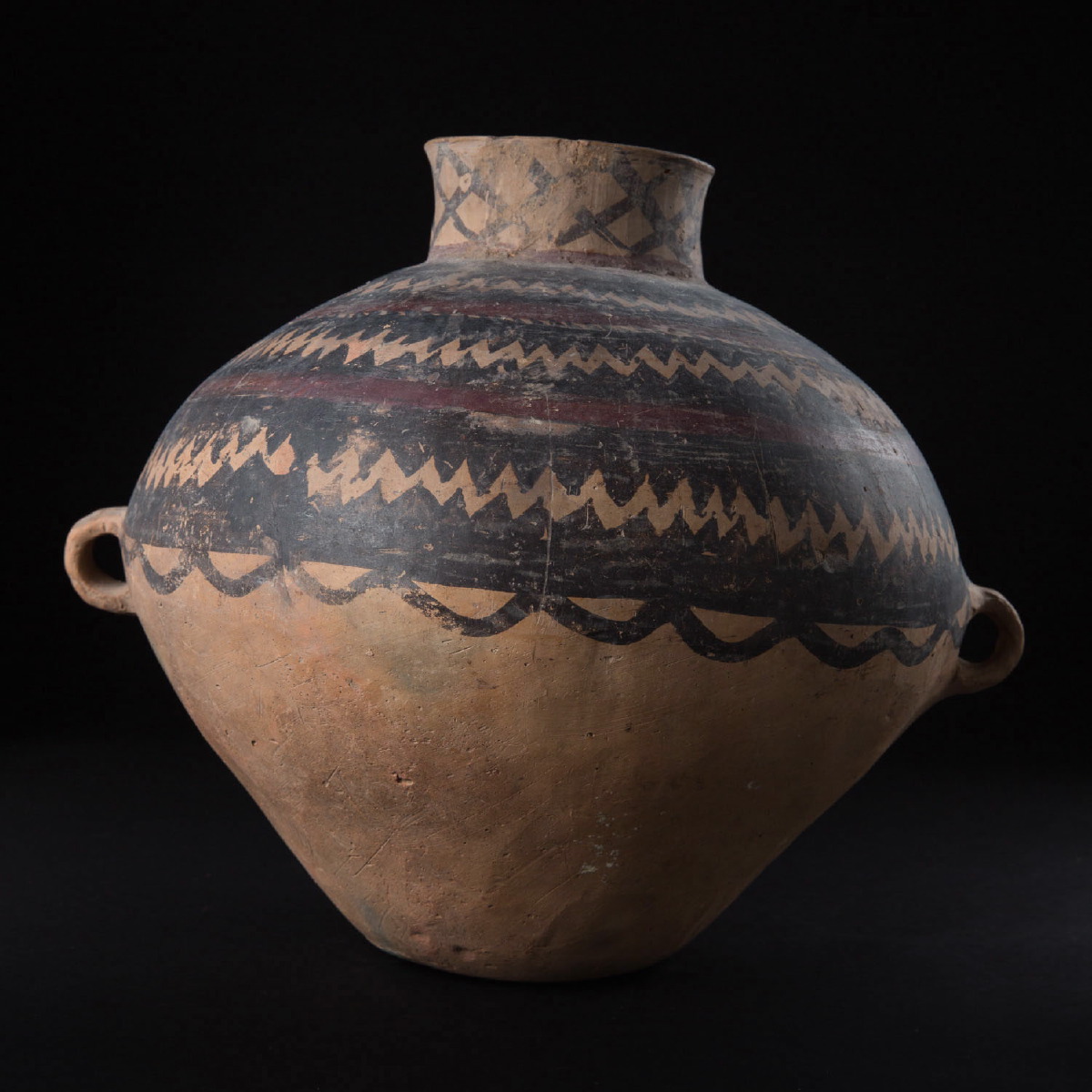 A  magnificent vase from the neolithic period. No repair and original painting intact. Thermoluminescent testing and cultural passport provided.