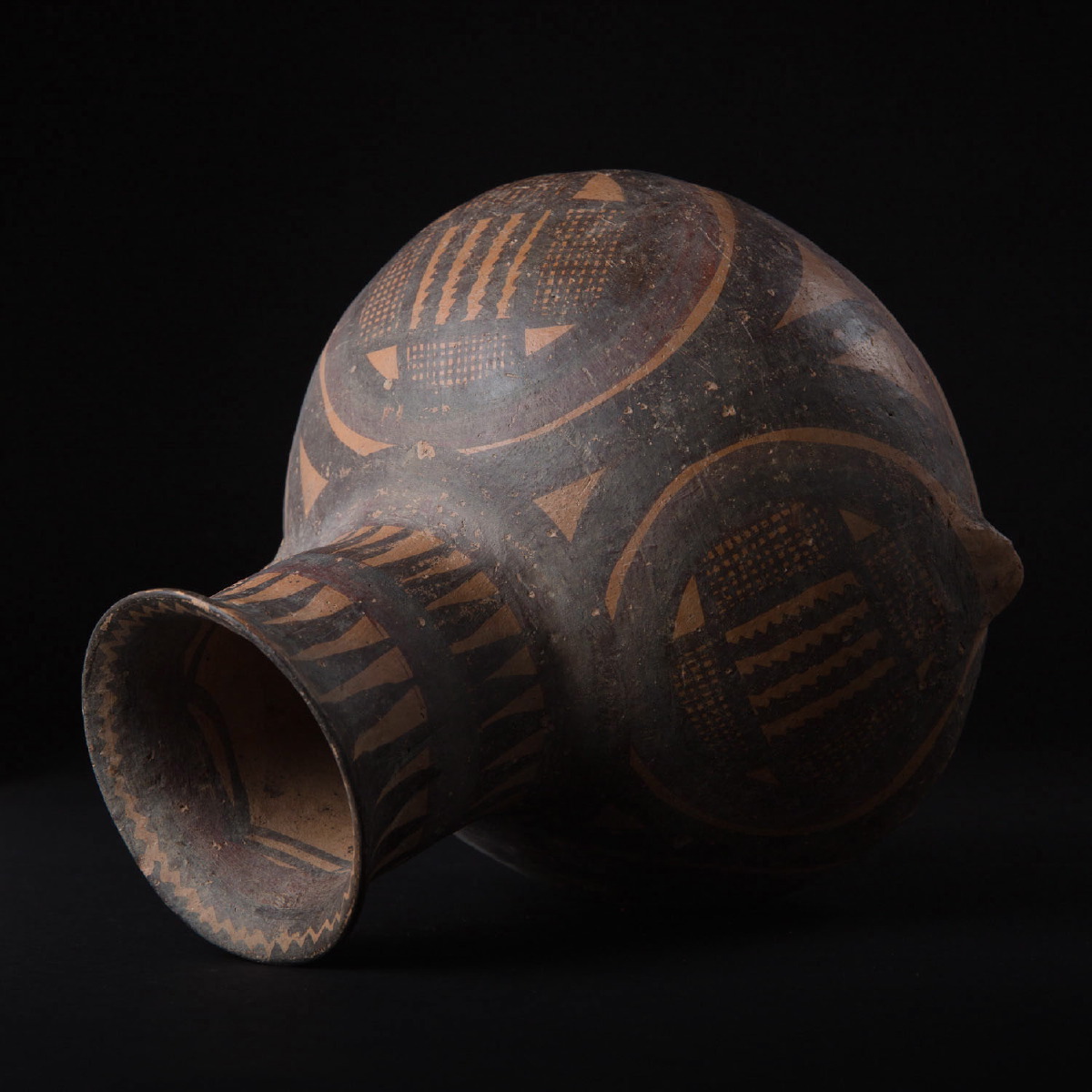 These vases are very important for the Chinese, being as they belong to the oldest culture until now discovered on their territory. Lovely vase without restorations, accompanied by a thermoluminescence test and cultural passport for export.