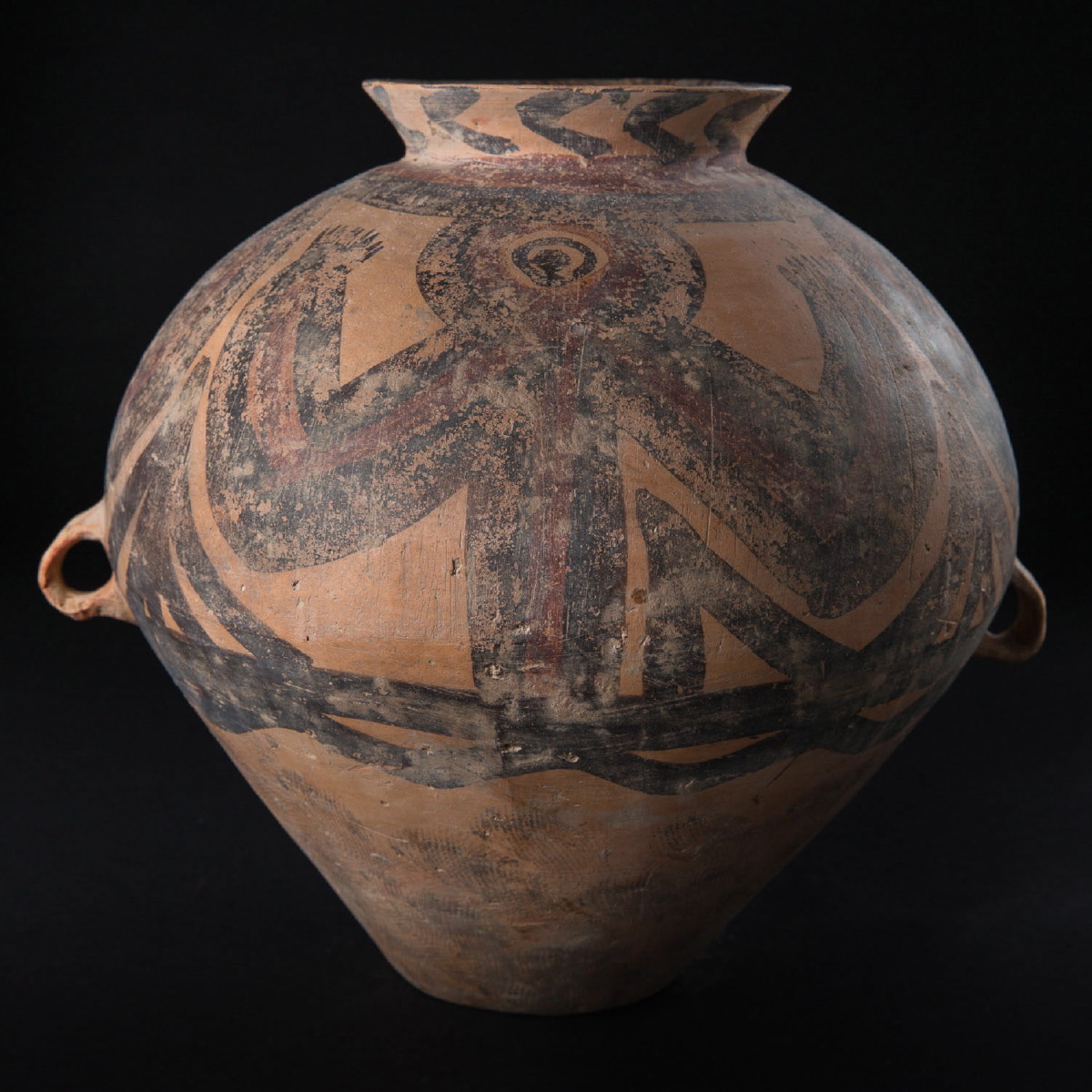 Two-handled vase in terracotta with polychromy depicting anthropomorphic designs from the Machang era. A stylized figure is painted on each face as well as circular patterns typical of the style. Ovoid body, narrowed base with a high rounded shoulder and a wide short neck with a curled rim. Excellent state of preservation. No visible restorations to the terracotta and original painting.