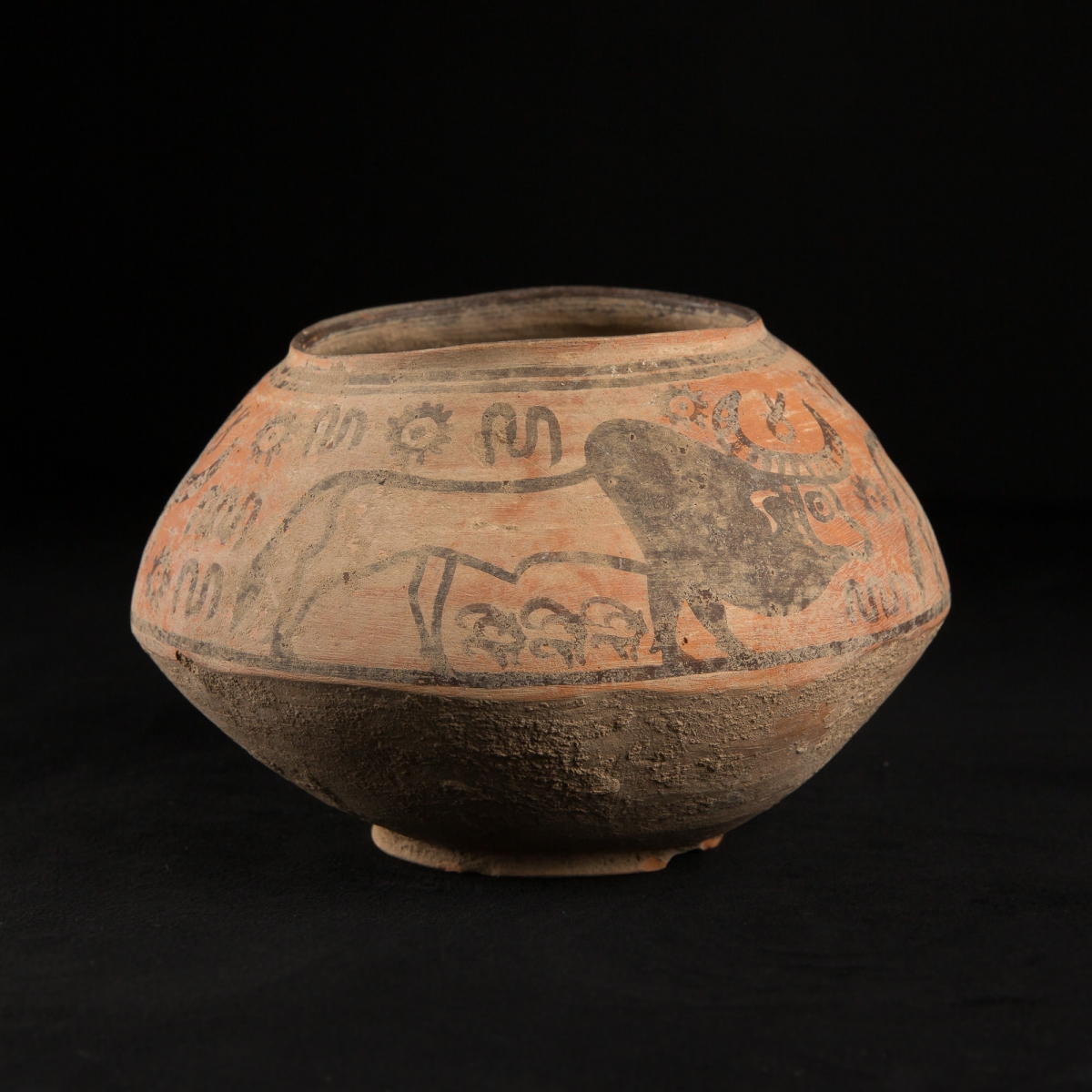 Beige terracotta vase with polychrome decoration depicting three buffalos next to one another, surrounded by geometric motifs. Ovoid body, very curved base with a high bulging shoulder and short, narrow, curved lip. The lip of the neck is decorated with two brown threads of separation. On the body there are two animal motifs depicting a herd of buffaloes; the entirety surrounded by geometrical figures representing the sun and snakes. Excellent state of preservation. Possible yet uncertain restorations to the paint.

The Mehgarh civilization is located on the Bolan, to the east of the Indus in Pakistan, between the mountains of Baluchistan and the Indus Valley. It is very ancient, tracing its origins back to 7000 BC. Remains were found on this site that confirmed the presence of a pastoral then sedentary culture as well as a variety of handicrafts. The site seems to have been abandoned circa 1800 BC following climatic disturbances in favor of the Naushuro site and the development of the Vedic culture in northern India. The VI-VII periods here concerned are marked by their sophisticated ceramics, architectural development and an important use of stone tools.