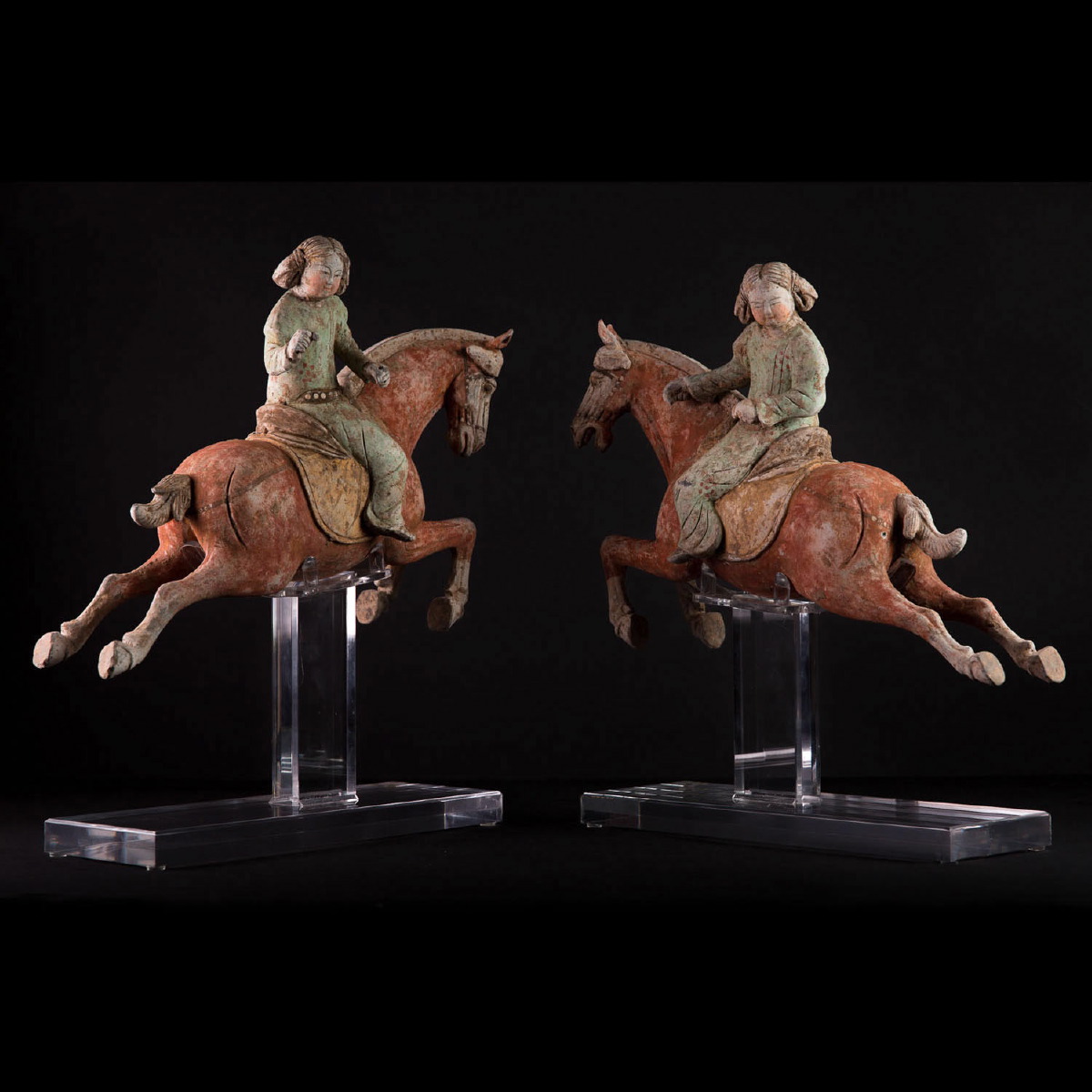 Pair of statues representing two polo players on their horse’s back. Moulded in terracotta of a buff colour, they are covered with a slip and painted with polychromatic colours. Each horse, in the act of jumping, presents a vigorous croup, flaring nostrils, bulging eyes, small pointed ears and a braided tail as was customary for horses owned by the nobility of the time. The two women are wearing a costume of barbarian origin composed of a tunic over pants and they wear a chignon set high on their head in Uyghur fashion. The colours are bright and in perfect harmony and the horses are elongated in a formidable manner. Good state of preservation, some possible repairs. Very fine condition.

Polo is believed to have originated in the beginning of our era in Central Asia. It was part of the entertainment at the Sassanid court and was also practiced on the Indian borders. In AD 630, the Tangs began their great expansion towards the west making Chang’an (Xian) on the Silk Road a cosmopolitan capital. The introduction of polo into China dates from this period. Under the Tang Dynasty, polo was a sport widely practiced by the aristocracy and notably women, despite its roughness.