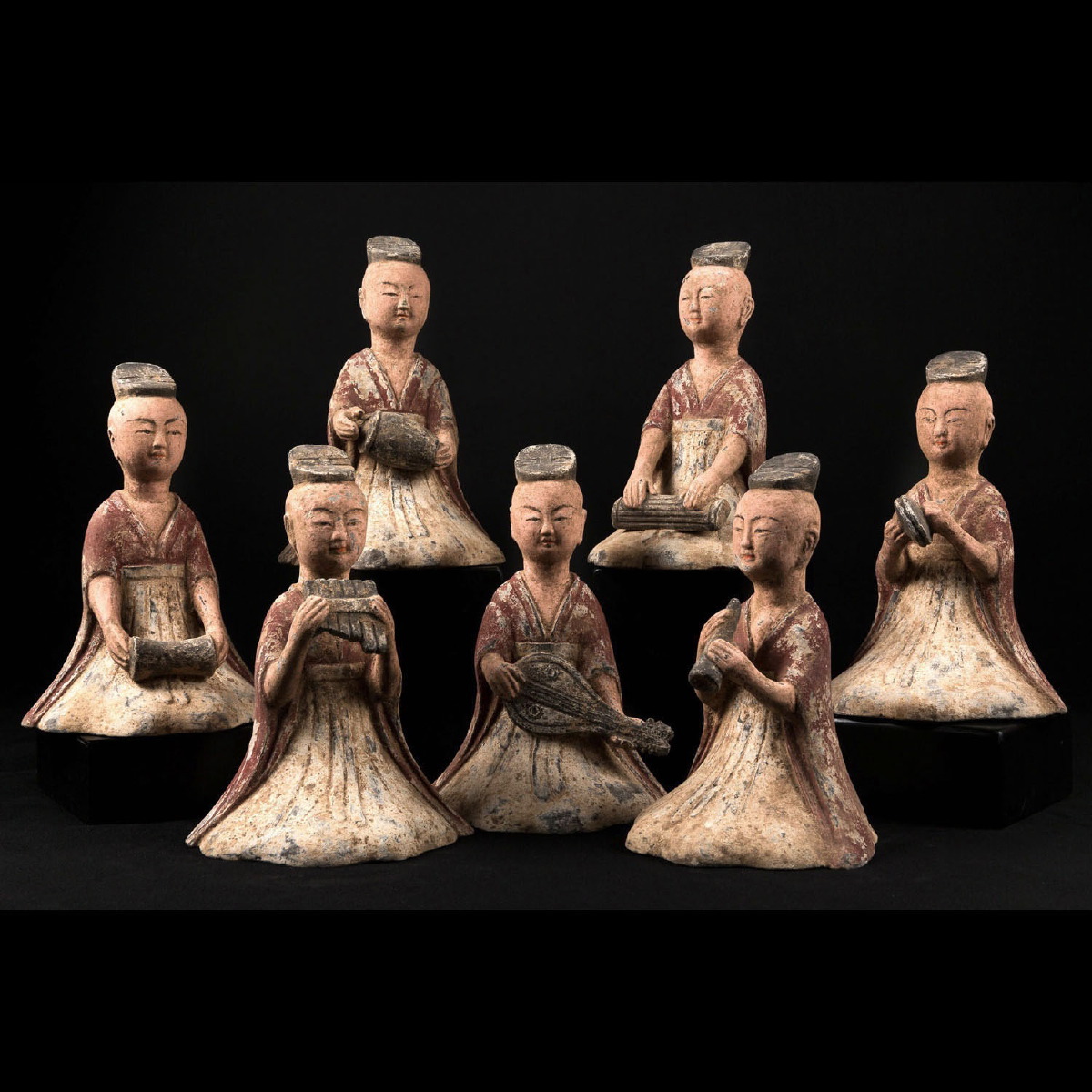 Handsome orchestra composed of seven female musicians moulded in a buff colour terracotta. All kneeling, each holding in her hands a different instrument. The dresses are composed of a banbi with long red painted sleeves reaching the floor while the long dress is painted in white. Small hairdo typical of the Tang fashion, fixed on the top of the head. Each face is different, the eyebrows and eyes delicately are painted with a black brush. Excellent state of preservation, possible ancient repair. Presence of soil in various parts.

This delightful and complete little orchestra consisting of young girls, each of whom is preparing to play a different instrument, makes up a favourite scene of the Tang Dynasty, a period when they loved playing music, singing poetry and dancing. China enjoyed an autonomous musical language, not having been subjected to invasion by the great musical civilizations that were Persia, Arabia and India. They kneel, each one is different, their clothing composed of a long flowing dress with long sleeves reaching the ground over which a red caraco, called a Banbi, has been added. The small bun worn high on the head is typical of Tang fashion, framing each unique face, the eyes and eyebrows having been drawn on in black brushwork. The instruments played are those used for chamber music, as would befitting for young girls. We can identify the transverse flute Dizi, the little harp Konghou, the panpipes henghi, the talking drum yaogu and the cymbals. The music of the Tang period, an integral part of what was a very cosmopolitan society, adopted the customs of different minorities. It can be called Qingshang Music when it includes traditional music dating back to the Han era. The Music of the Northern Countries and the Goryeo Music were also in fashion. But it should be recalled that the music of the period was overwhelmingly intended to accompany sung poetry and dance. This orchestra is remarkable for its delicacy, the abundance of detail and the diversity of the musicians who, despite their apparent similarity, are each entirely different.