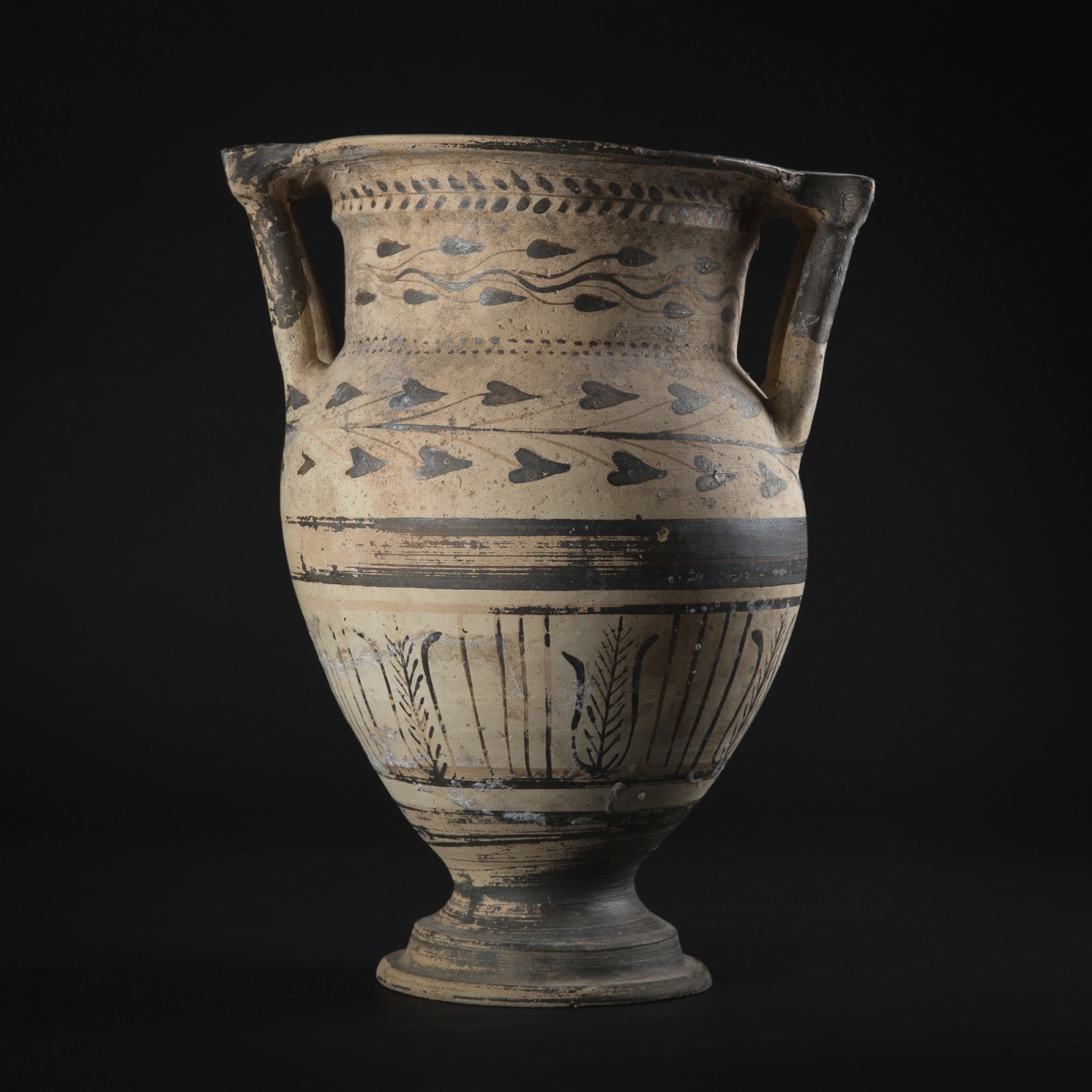 Large-sized krater in a pinky beige terracotta worked with a slow potter’s wheel. The ceramic has not been refined, remaining medium grained. Ovoid shape, sitting on a small pedestal with traces of the wheel, straight neck, two series of small columns on the shoulders and the neck of the vase. The original blackish brown painting has not been restored. Traces of fire on the top of the neck that could confirm a firing in an open kiln. Decorated with registers that alternate leaves in the shape of a heart and small shrubs in the shape of a lyre. Excellent overall preservation.

Magna Graecia, Ordonna region, Southern Italy. Traditional area for the ceramic called Daunio subgeometrico, named such because of its particular iconography. These kraters with columns are not common and usually come from the Apulian coast.