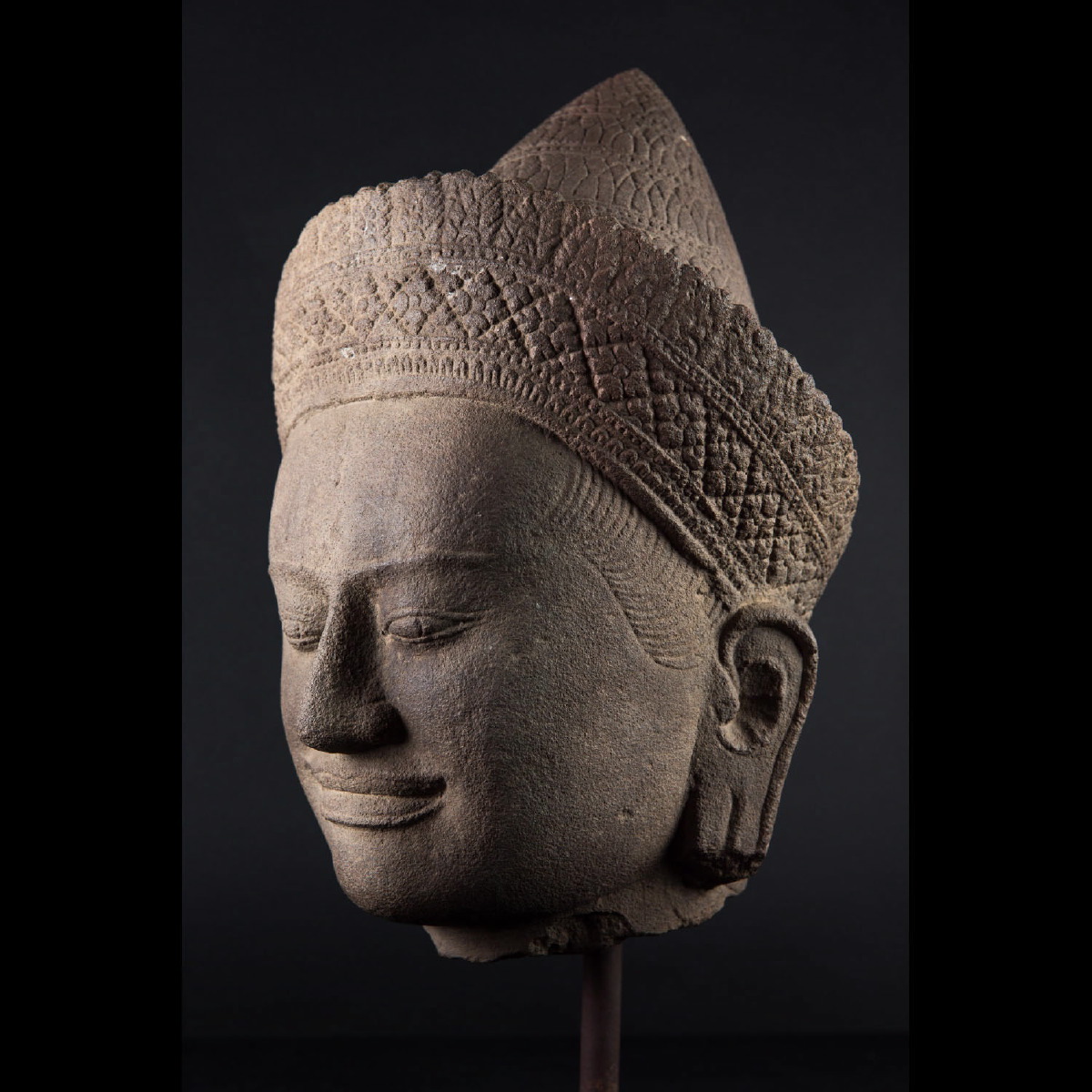 Head of grey sandstone, sculpted in the round, representing the god Vishnu. The face with its impersonal expression is oval and even, the eastern-style nose joins a long and fine horizontal line of eyebrows that delicately highlight a serene gaze through half-closed eyes. A large mouth with full lips expresses the typical “Khmer smile”. Influenced by Buddhist symbolism, the earlobes are elongated from wearing the heavy princely earrings. He wears the conical chignon, the mukuta, typical to the Angkor Wat period, on which sits a diadem with particularly fine and rich carvings that delicately joins behind the neck.

Vishnu was traditionally represented with four arms, the chest bare and wearing a finely wrought sampot. When creating Angkor Wat, the king Suryavarman II, decided to venerate, in a particularly glorious manner, Vishnu whom he considered his protector. Moreover, he chose as a posthumous name that of Paramavishnuloka, which means “he who is in the supreme abode of Vishnu”.