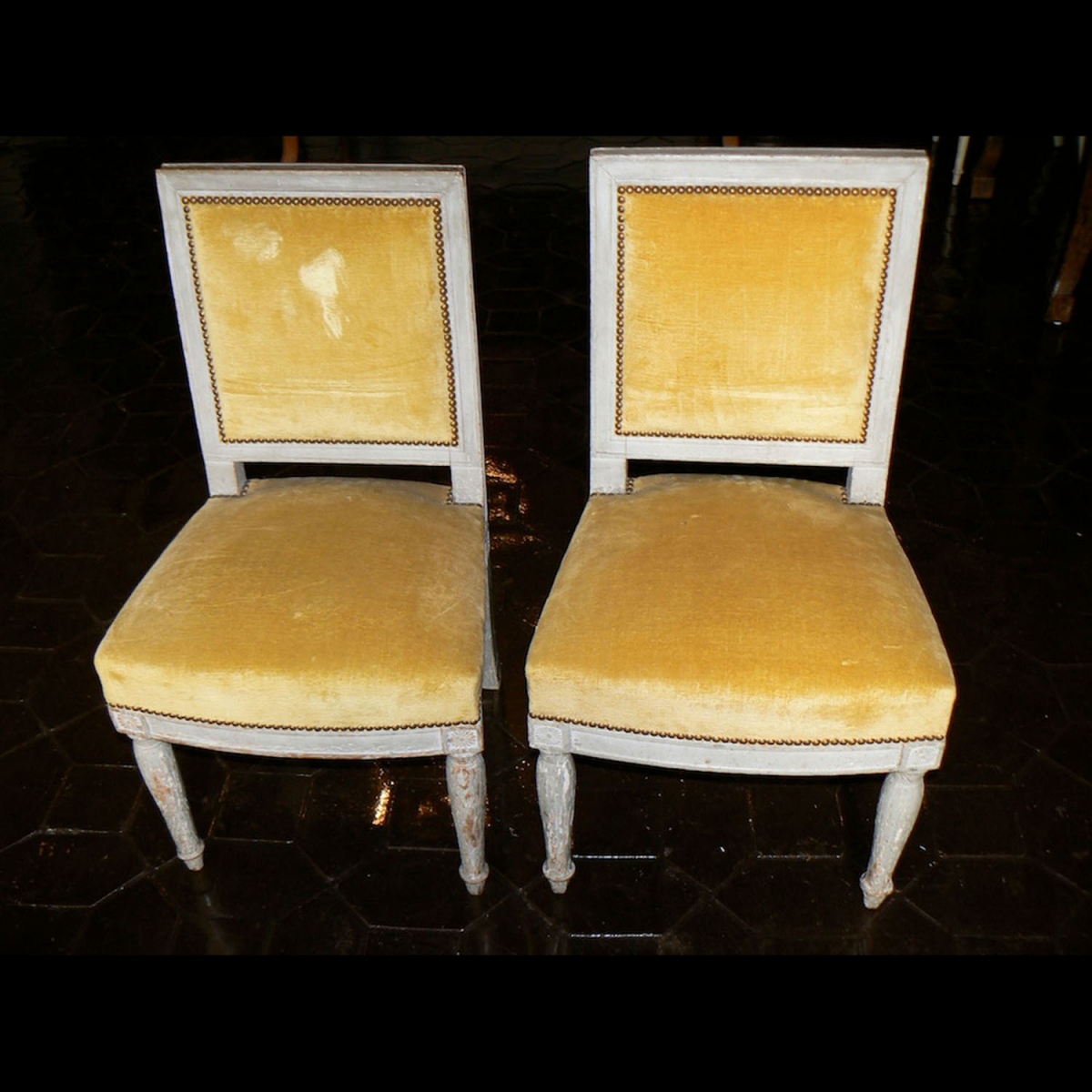 Pair of Empire chairs in gray-lacquered molded wood, with square backrest and rounded seat frame set on front baluster legs and back saber legs. Each square dowel bears a sculpted rosace. The underside of one chair's seat frame is branded with the name SELLIER, numbered F 8354 in blue, F 19170 in red, TU 4449 in black, double F 13583 and bears a chalk inscription. The other chair is marked with MRPEV on an escutcheon, numbered Vpe 327 and Vpe 237 in black, F 4221 in white, double F 7205 in black, 8481 in gray, has an inscription in black ink and is labelled “Versailles petites écuries Logement du concierge chambre à coucher 6 chaises”.

The inventory numbers and inscriptions found on the underside of the seat frame indicate their presence in several royal residences at the beginning of the 19th century, including the château of Fontainebleau and the Tuileries Palace. During the French Revolution in 1789, King Louis XVI and his family fled to the Tuileries Palace after being chased from the Château de Versailles by the rioting mobs. Coming from the furnishings of the Château de Versailles, the chairs had been kept in the stables across from the château. Built in 1681 under Louis XIV, these stables housed the king's ordinary horses and his carriages, as well as the lodgings of the concierge, a prestigious post usually attributed to a royal officer in charge of guarding the palace. One of the chairs bears the stamp SELLIER (1806-1830), cabinetmaker.