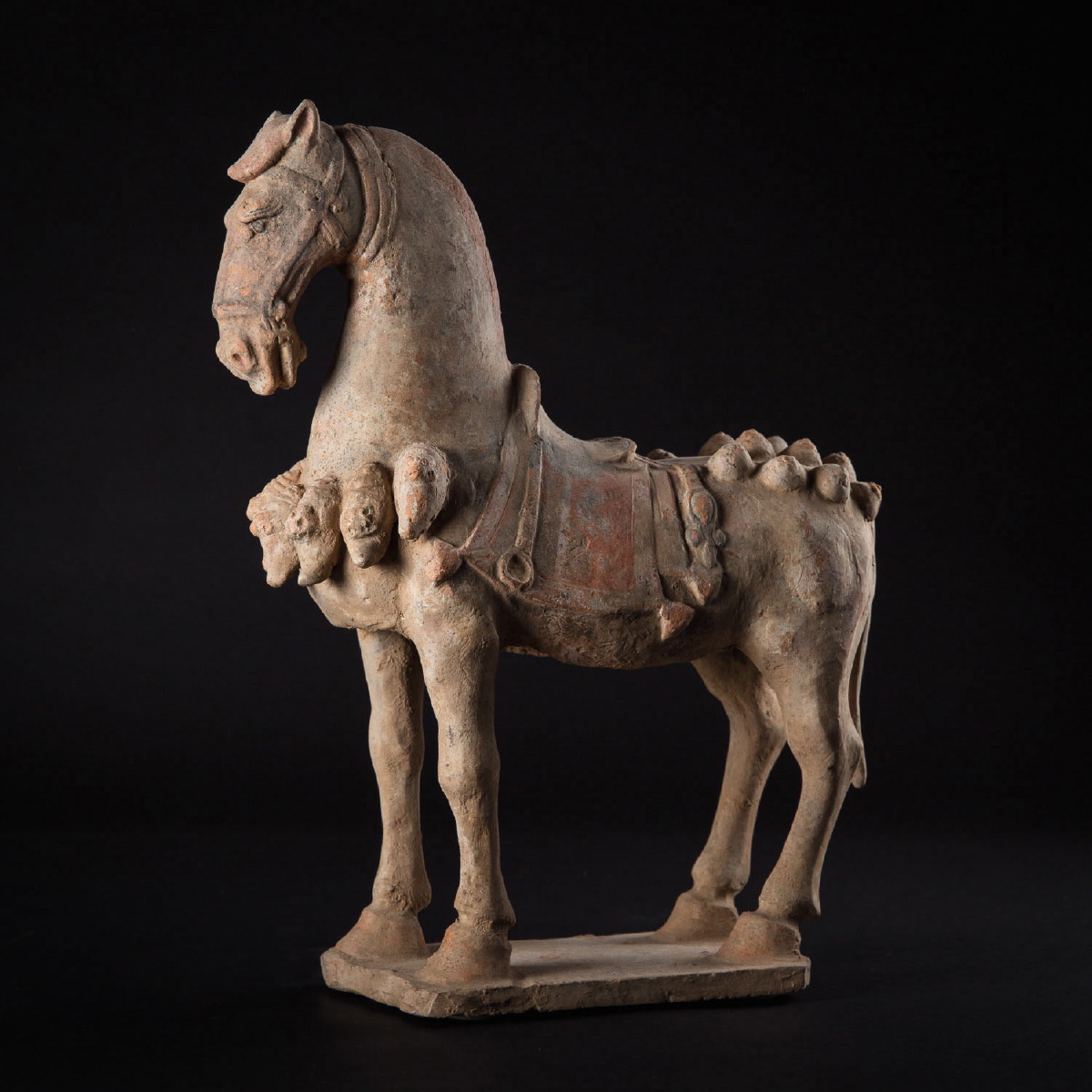 The horse is made of moulded terracotta covered with a clear ivory slip then decorated with polychromatic details of orange colour. Standing with an attitude characteristic of the period, the animal looks solid on its legs fixed on a terrace, the head leaning. The trappings are superbly detailed and the saddle is decorated. Below it hang two stirrups, a very recent invention from the Chinese people. To be noted: the beauty of the breast collar richly ornamented with bells and a crupper dotted with cabochons made of lace trimmings, a habit of that time. Ancient repairs, however good state of preservation.

The heavily-harnessed parade horse shows the preponderant place dedicated to the animal in ancient Chinese society. After the Han dynasty it evolved toward a sublimated image. The elegance of the silhouette became very important, the head stretching out, narrow and hooked with short ears. The back is arched with a sharp ridge. The tail and the hooves are nicely depicted. The Northern Wei unified the country from Mongolia to the central Chinese plains and reopened the Silk Road. This brought great prosperity to the country and the contact with Byzantine and Persian cultures permitted the introduction of Arab horses unknown until then.