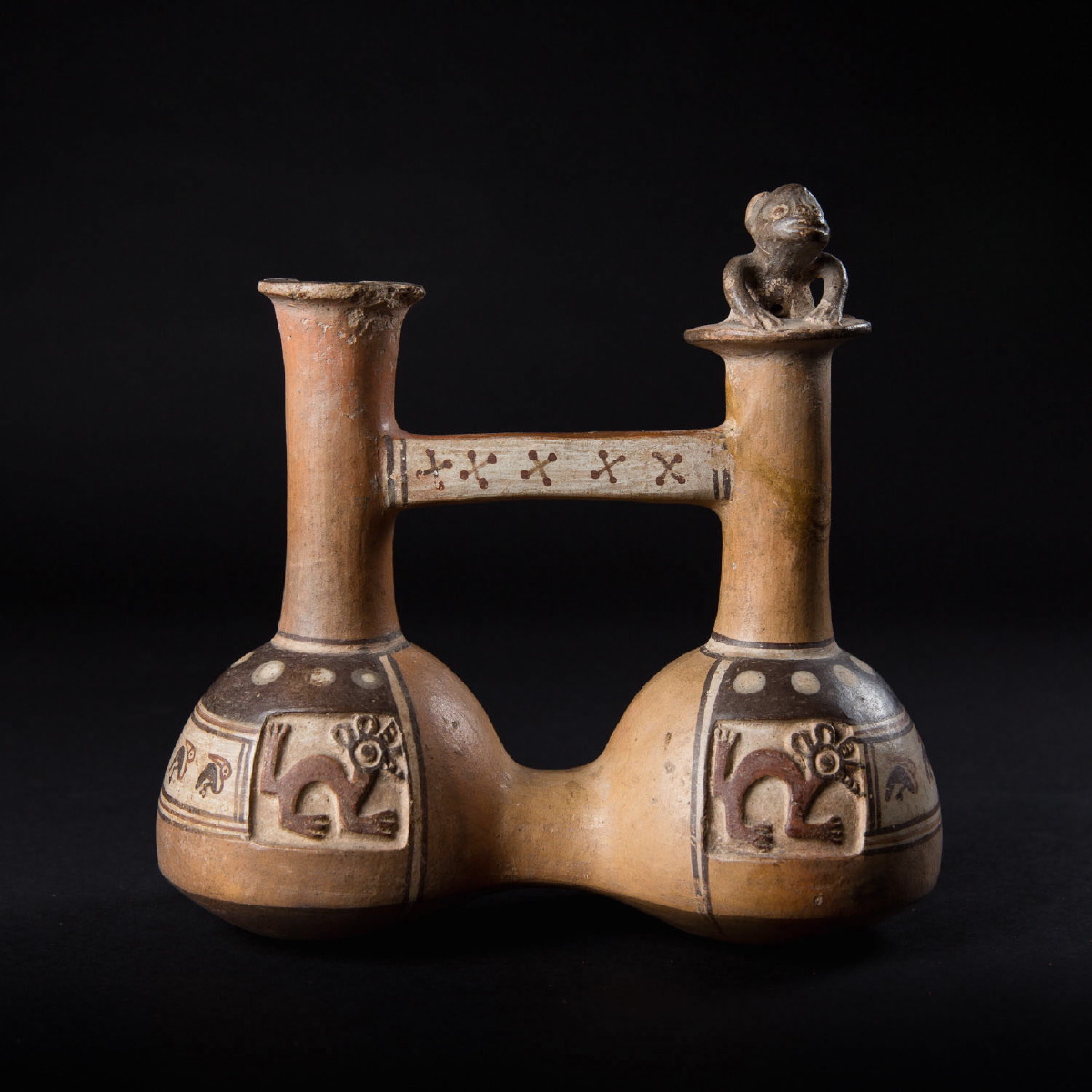 Terracotta vase composed of two spherical bottles with long necks, affixed to one another by a flat handle. Decorative elements include low relief designs depicting mythical animals and a small monkey in relief playfully seated atop the spout of the right bottle. Both the Inca and Aztec people associated the monkey to the worship of the sun. The colour of the terracotta is typically an orangey beige colour with reddish brown motifs.

The Incas are believed to come from the shores of Lake Titicaca, bordering Peru and Bolivia. They settled in the Cuzco Valley, gradually dominating other native Pre-Colombian cultures. Incan art being characterized by some stiffness, privileged the work of wood and gold. The Incas were ultimately conquered in 1533 by Francesco Pizarro. The production of pottery with two weirs is typical of Andean design. It is believed that the Incas took very ancient pottery models to Chimu as Inca king Tupa Yupanki commissioned Chimu craftsmen to stay in Cuzco to reinvigorate the local artistic production. In fact, Incan dishes are characterized by the harmony of their proportions and the quality of their glaze. The drawings are usually displayed in registers decorated with geometrical design and common themes include animals in relief.