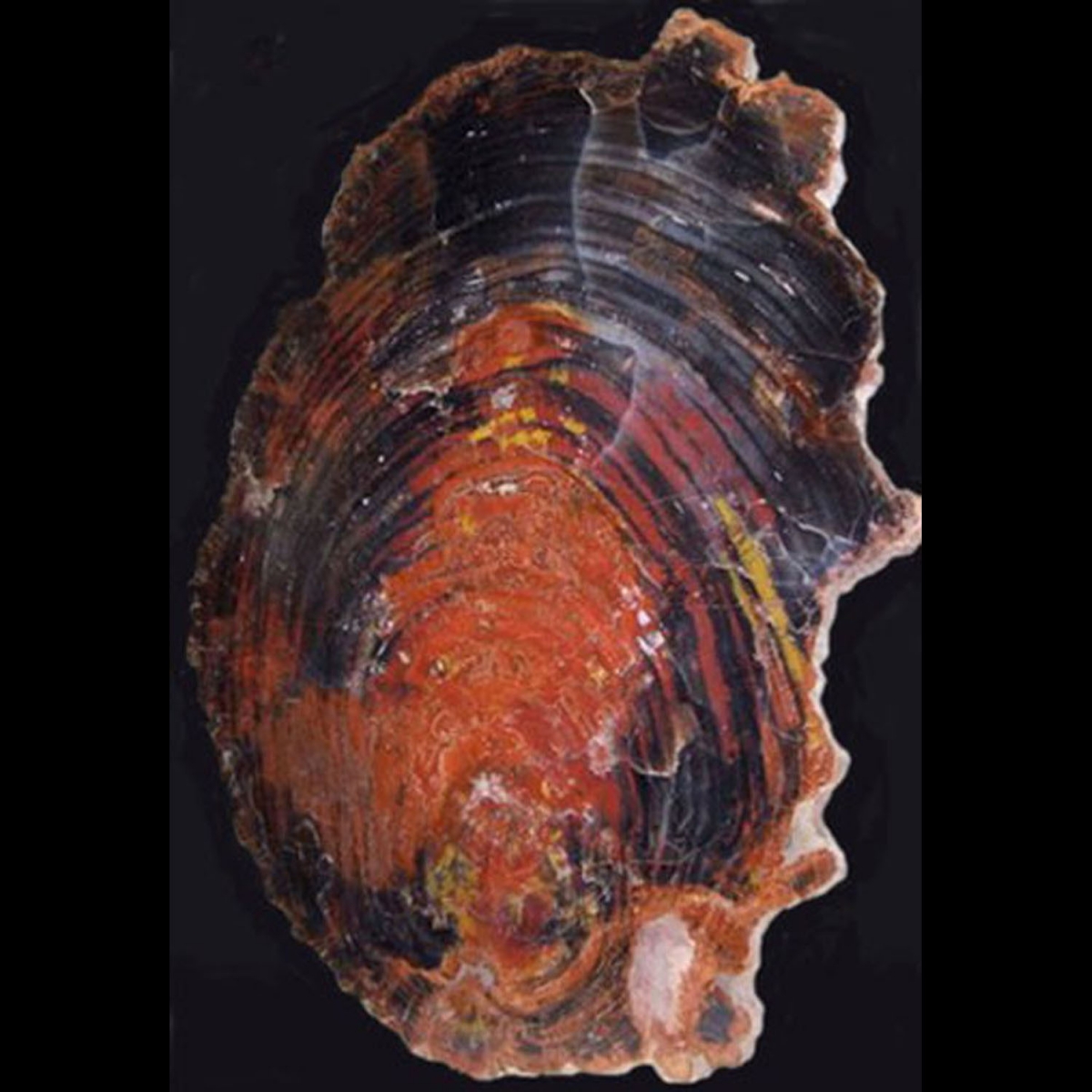 Oval-shaped cross-section in the red and brown tones. The central pattern surrounded by concentric rings helps estimate the age of the tree (one ring per year). Their thickness depends on the variation of temperature and seasons and the coloration varies depending of the level of iron cobalt and carbon. The petrified wood is the result of a process of mineralization which replaces some of the living components of the tissues by some mineral substances, after having been buried deep in the ground beneath sediments. In Arizona petrified wood appeared when two major cataclysms combined: one big flood ripping apart thousands of trees is followed by a volcanic eruption that covered the ground with dense ash, sometimes up to 800 meters high. This created a liquid full of silica that could penetrate all living tissues: this phenomenon is referred to as silicification. Those trunks are mainly made of quartz, some cavities being filled with agates or citrine. Excellent state of preservation, a beautiful polishing.

The Mesozoic era is famous for the diversification of dinosaurs and the existence of the Pangaea (Greek word for “all the earth”) when all the continents were joined together. It is during the oldest period of the Mesozoic, called Trias, that the first cracks of the Earth crust appeared. The Petrified Forest National Park in Arizona, is located on the delta of a river bordered with giant trees, most of them belonging to the conifer type Araucarioxylon. There can be also found the Ginko biloba, which is the oldest and strongest tree in the world.