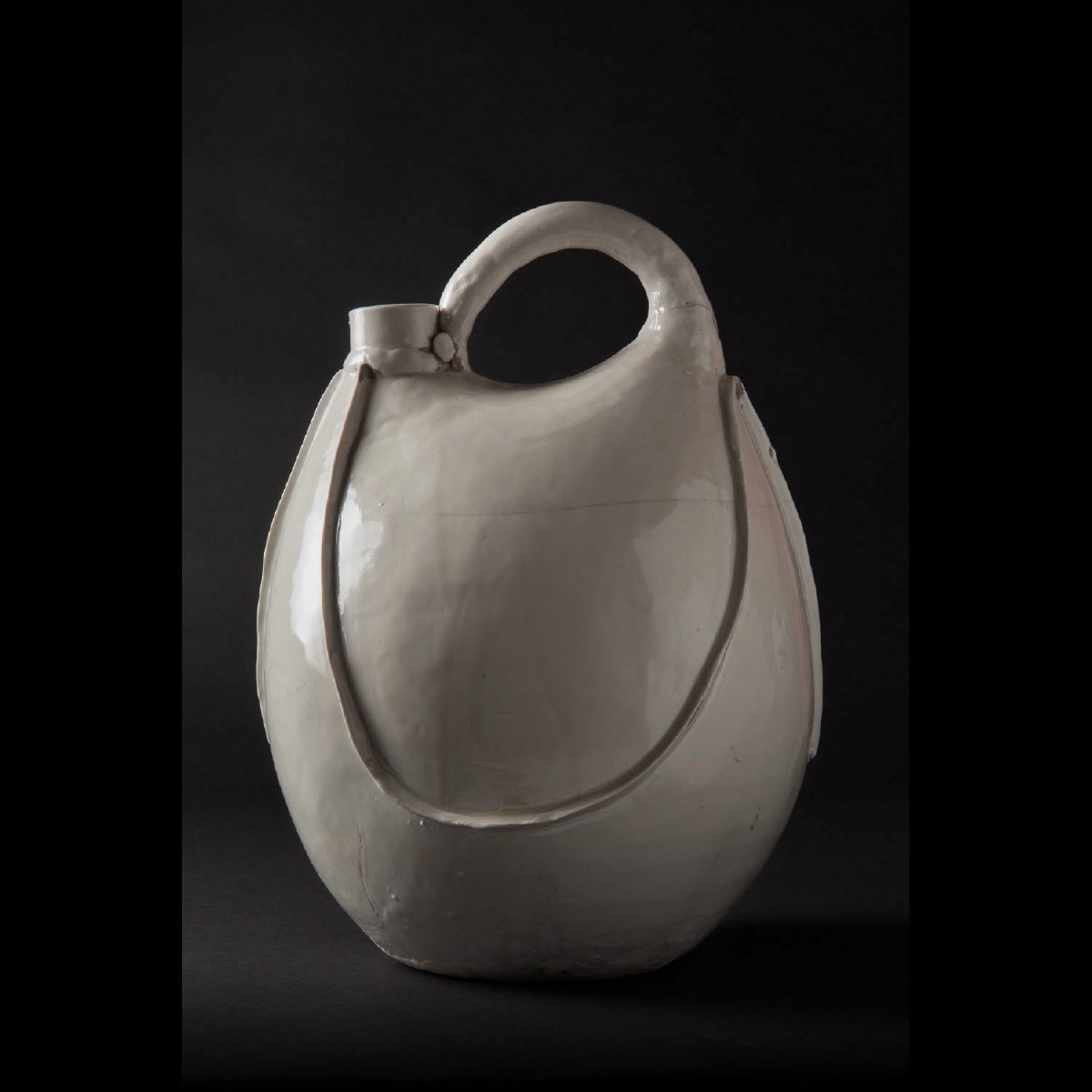 Nice, large-sized flask made of sandstone covered with a thick white slip called ting. Globular ovoid body typical of leather flasks, with an embossed outline like a shaped flange suggesting seams. Arched handle on the top of the flask attached to the narrow spout in order to receive a stopper made either of cork or wood. Covered with a rich white glaze, the unglazed foot revealing the white body.

An ancient repair to fix the handle on and a very thin horizontal line on the body.

The Liao dynasty, placed between the Tang and the Song, actually came from the Khitan people, a non-Han population composed of 8 nomad tribes. They encompassed the Beijing area as well as Mongolia and Manchuria and had their own language with two scripts of their own. Once converted to Buddhism they adopted the name of Liao in order to present themselves to the Chinese people. The ceramic of that time remains unsurpassed for the purity of the design, the beauty of the colours of the slip, usually monochromatic, and the realism closely related to some habits of the nomad tradition.

The 'Xing' kilns in Lincheng and Neiqiu counties of Hebei province were probably the most successful producers of white wares in terms of the material used, potting, glazing and firing of pieces during the Tang dynasty. 'Xing' wares were likened to silver by the contemporary elite. According to Regina Krahl, the quality of wares produced at the 'Xing' kilns increased substantially from the mid-Tang period onward, with the body becoming more porcellaneous and the glaze achieving a very smooth quality with a distinct blue tinge. See Regina Krahl, 'Bright as Silver, White as Snow  - White Wares of North and South China', in Bright as Silver. White as Snow. Chinese White Ceramics from Late Tang to Yuan Dynasty, Hong Kong, 1998, pp. 15-24.