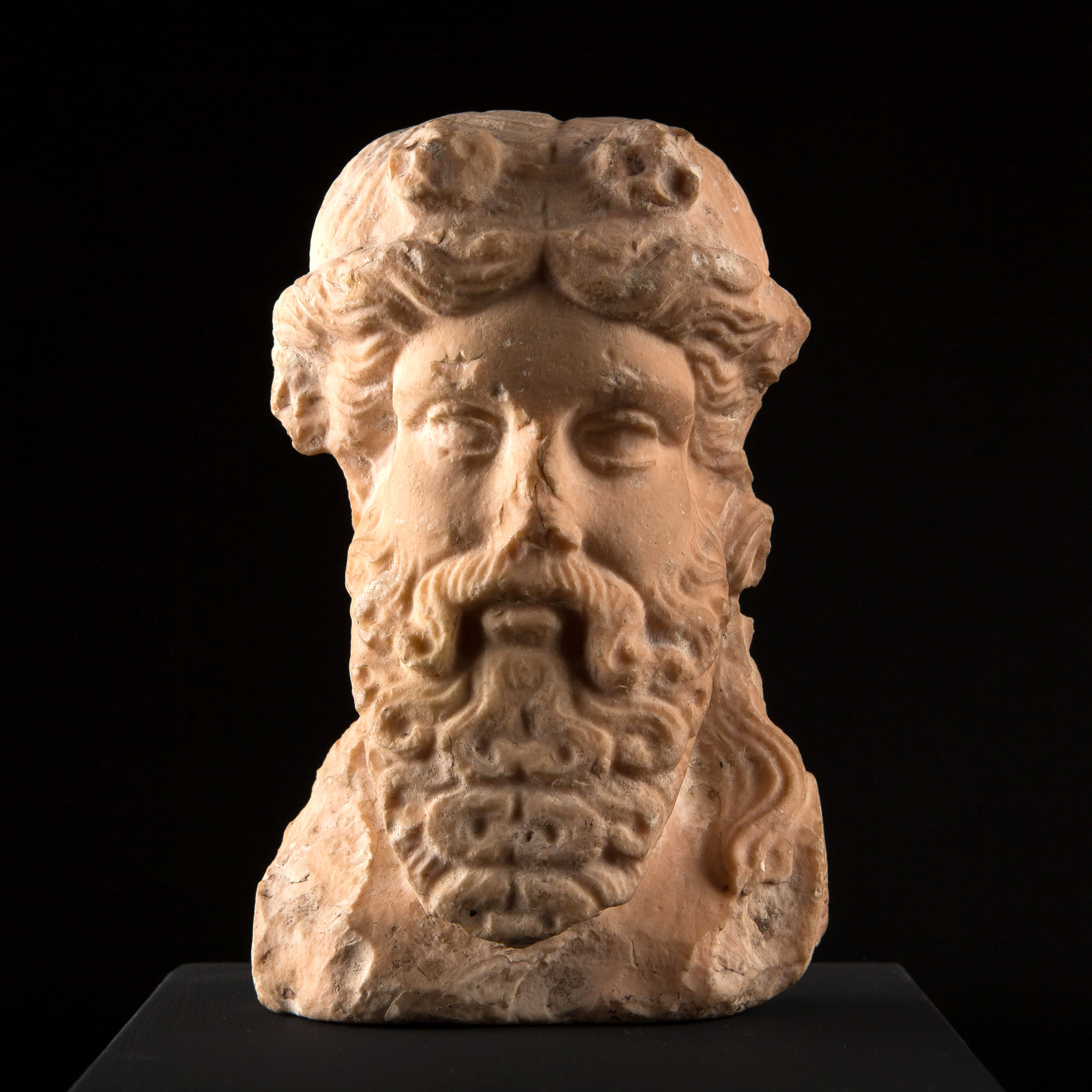 Head in a pink marble representing the god Dionysus, sculpted in the round. The face is narrow with a nice curling moustache and beard, framed by a wavy hair arranged in a central parting. The eyes are sculpted deeply, the nose long and straight is today broken. In his hair some ivy berries are to be noted as they represent a traditional attribute of the god, a symbol of eternity for its leaves being evergreen. In mythology ivy berries were used to prepare a beverage that maenads would drink while going into trance. The statue shows important signs of erosion, and some parts are missing, particularly in the hair and nose and there are some visible scratches due to age

In Greek mythology, Dionysus, (in ancient greek Διώνυσος / Diốnusos or Διόνυσος / Diónusos) is the god of vine, wine and all its excesses, as well as vital liquids (milk, blood, sperm), madness and immoderation and he embodies theatre and tragedy. Being a God of inebriation and euphoria, he will help his worshiping to go over death. Personifing the son of Zeus, he will remain the only god born from a mortal woman called Sémélé. Mainly a wandering god born in Pakistan, he will never live on Mount Olympus. It is under ancient Rome that he was adopted under the name of Bacchus (from ancient Greek Βάκχος / Bákkhos, one of its other names) and assimilated to the italic god Liber Pater. His cult will first develop around the perimeter of oriental Mediterranean, in Persia and in Asia before reaching Greece.