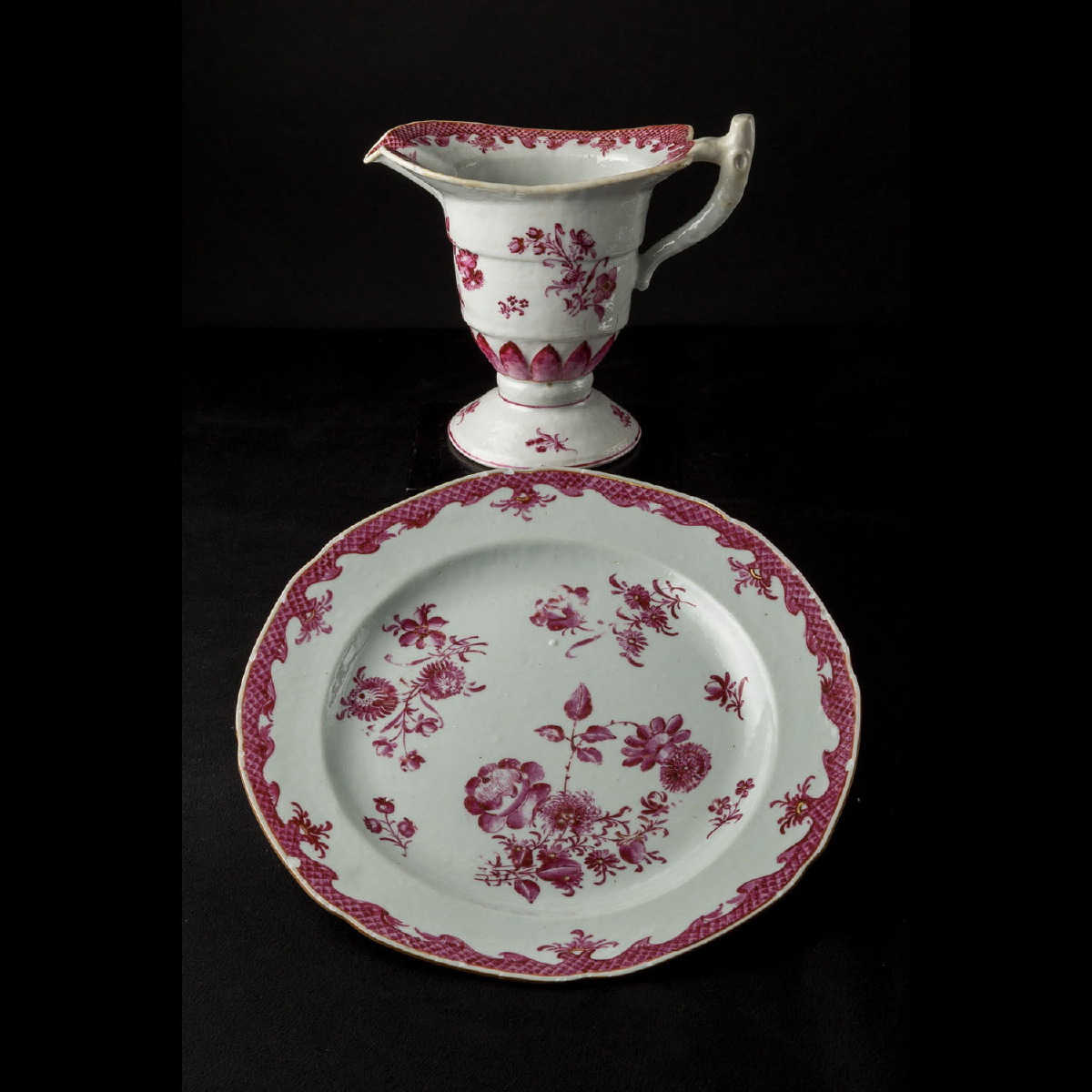 Round plate showing lightly scalloped design in eight different points, the mouth thick and irregular with small inclusions as a result of a clearly manual work. Accompanied by a pitcher, maybe used for hot chocolate, with a handle imitating rosewood. The wing is widely opened on the spout with three decreasing flat rings in relief just under it, and reproduced always in an irregular manner at the foot. Porcelain having been invented by Chinese people, was discovered only in 1769 in Limoges (France). The decoration is set over a glaze after a first firing of the porcelain being covered with enamel.

The name “pink family” comes from the use of the golden pink, or purple of cassius, obtained in 1640 by the German doctor and chemist, Andrea Cassius. The golden pink is known in China under the name Yangcai, meaning foreign colours. In fact, pink was a colour predominantly used for decorating the vessels exported to Europe (about 1685), also called “export porcelains”. The design with quite big flowers confirms its belonging to the first period, as small flowers were used after 1790 under the influence of the European taste. Both these objects are decorated with a Rococo motif with scales on the wing, and are ornamented with a lively mix of country flowers and peonies, while the pitcher shows lotus leaves on its base.