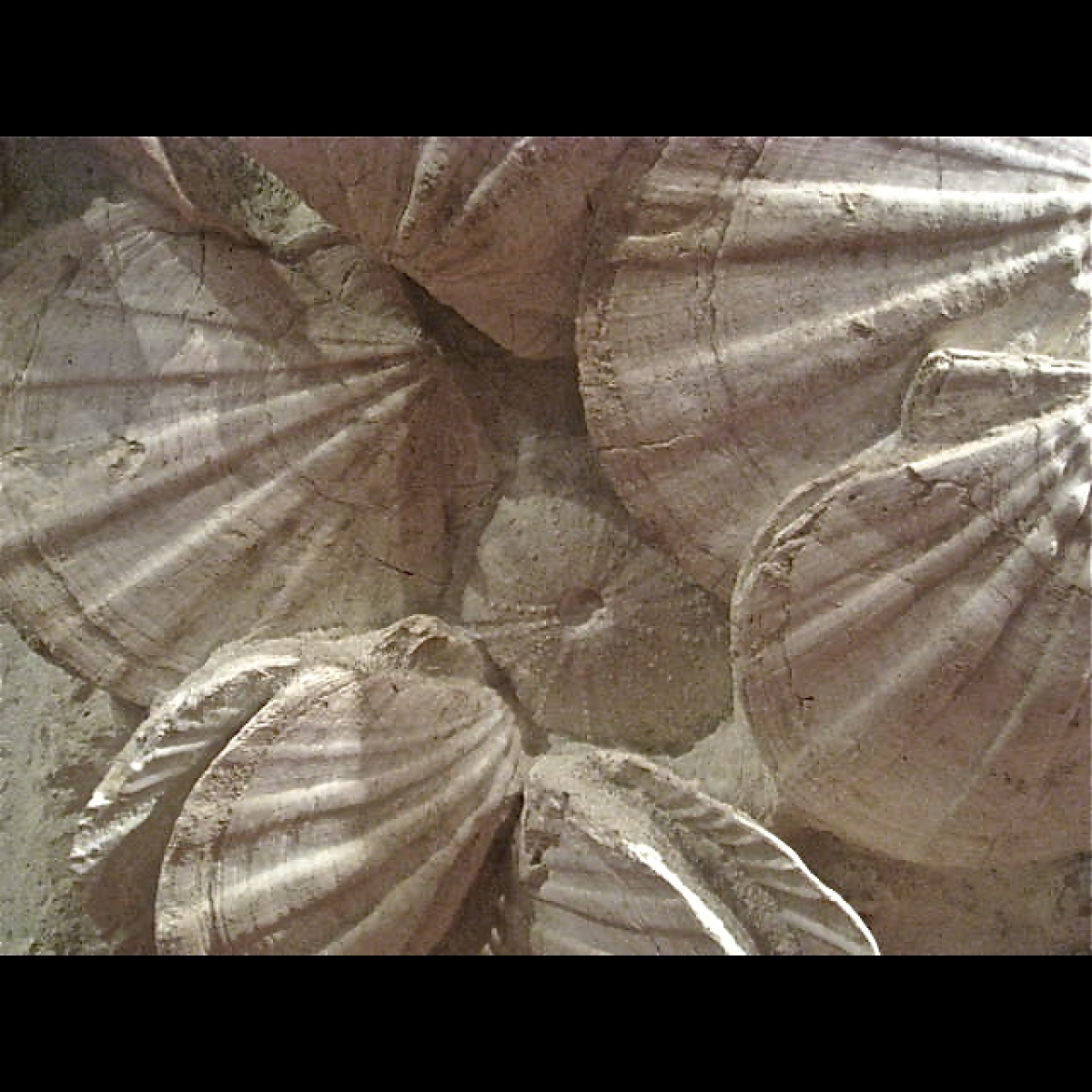 Impressive block of limestone of an ivory white colour, usually called molasse, displaying fossilized Saint-Jacques shells from Burdigalian, witnessing the rise in sea level in south-eastern France. This specimen, rarely has in its centre a fossilized sea urchin, and shows a lovely depth in the accumulation of scallops whose exceptional size would range from 17 to 19 cm. Excellent state of preservation.

Provenance - Lacoste quarry from Vaucluse (France). This plaque has been found not far away from the Chateau of Marquis de Sade and has to be dated from the Burdigalian whose name origins the eponymous site called Burdigala (near Bordeaux). It appeared between 20 and 16 millions years before our era. During the Miocene, while the first anthropoid monkeys will appear, a major geological collapse happened, making possible the seawater to make its way up to the Alpine Tethys Ocean, now called Vallée du Rhône. Some sediment carried some fossils such as urchins and pectens shells among others such as these examples coming from the Lacoste quarry. It is also during this period that the ammonite species became extinct.