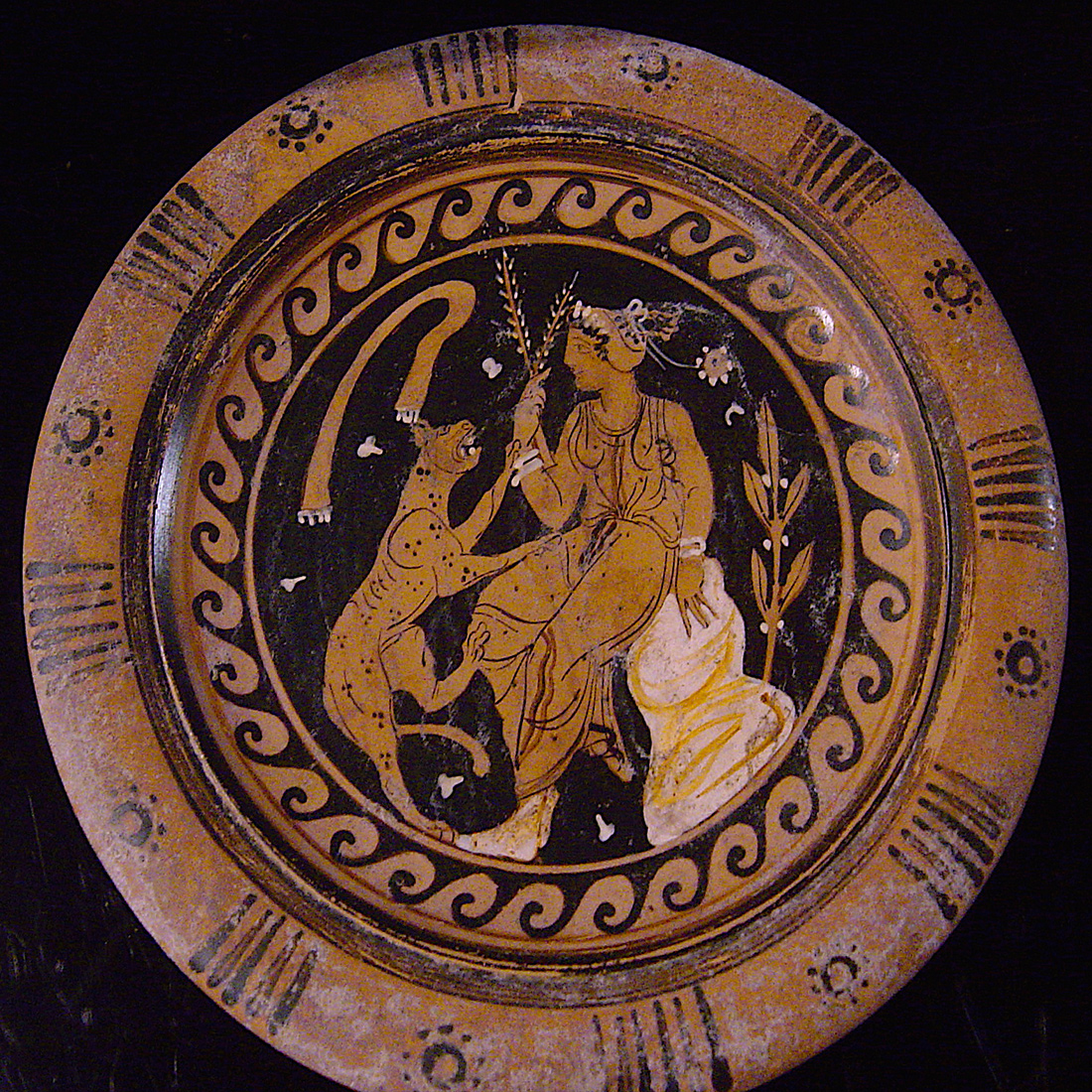 Red-figure plate in terracotta. The red colour is achieved due to high amounts of iron oxides present in the clay. In order to obtain the black colour, potash was often used, which when fired to 900 degrees gave an impermeable and metallic effect. Invented by the Athenians circa 530 B.C., this technique consisted in the creation of red motifs that would painted inside or on the vase while the other details would be painted on afterwards. The woman depicted here is dressed in a long draping garment affixed at the waist with her hair wrapped in a fishnet looking piece. She holds elegantly in her right hand two olive branches for which the cheetah seems to yearn by standing up onto its hind legs. The edge of the plate is adorned with seven motifs of six lines and of one motif of five lines, alternating between a circle surrounded by small dots and a black line of approximately twelve millimetres toward the inner edge of the brim. A black register serves to define the iconographic area. Excellent state of preservation.

Apulia, southern Italy. The red-figure technique used on ceramics is an Attic (Athenian) invention that replaced the black figure motif of Corinth. The most famous school in southern Italy is located in Taranto and was born following the arrival of the Greeks in the region from the beginning of the 5th century B.C.