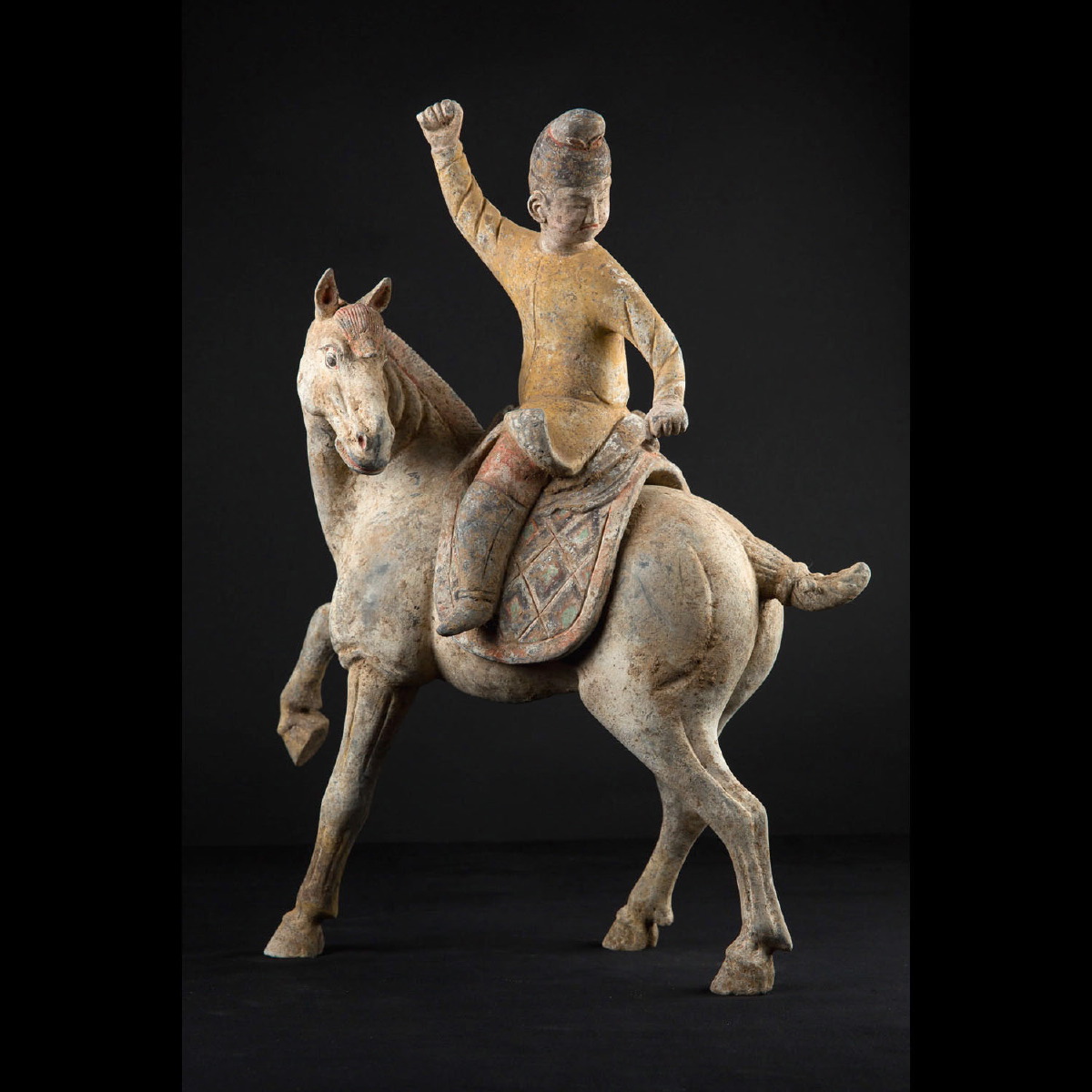 Statue of a horse and its rider playing polo. Fine grey terracotta covered with a white slip for the horse and well-preserved colours for the rider. We can note the lively attitude and balanced movement of the horse and rider who together look behind them. The elegant purebred horse is in a prancing position with the right leg raised. The tail is knotted and its mane combed, signs that it belongs to the aristocracy. There are interesting details on the saddle, which can be removed. This is an excellent example of a Tang polo player, considering the usual representations were of women rather than men. Some ancient restorations possibly carried out.

The polo player wears a Turco-Mongolian headdress and is dressed in the fashion of the barbarians of the West. Polo is believed to have originated in the beginning of our era in Central Asia. It was part of the entertainment at the Sassanian court and was also practiced on the Indian borders. In AD 630, the Tangs began their great expansion towards the West making Chang’an (Xian) on the Silk Road a cosmopolitan capital. The introduction of polo into China is from this period. Under the Tang Dynasty, polo was a sport mainly practiced by the aristocracy and notably women, despite its roughness.