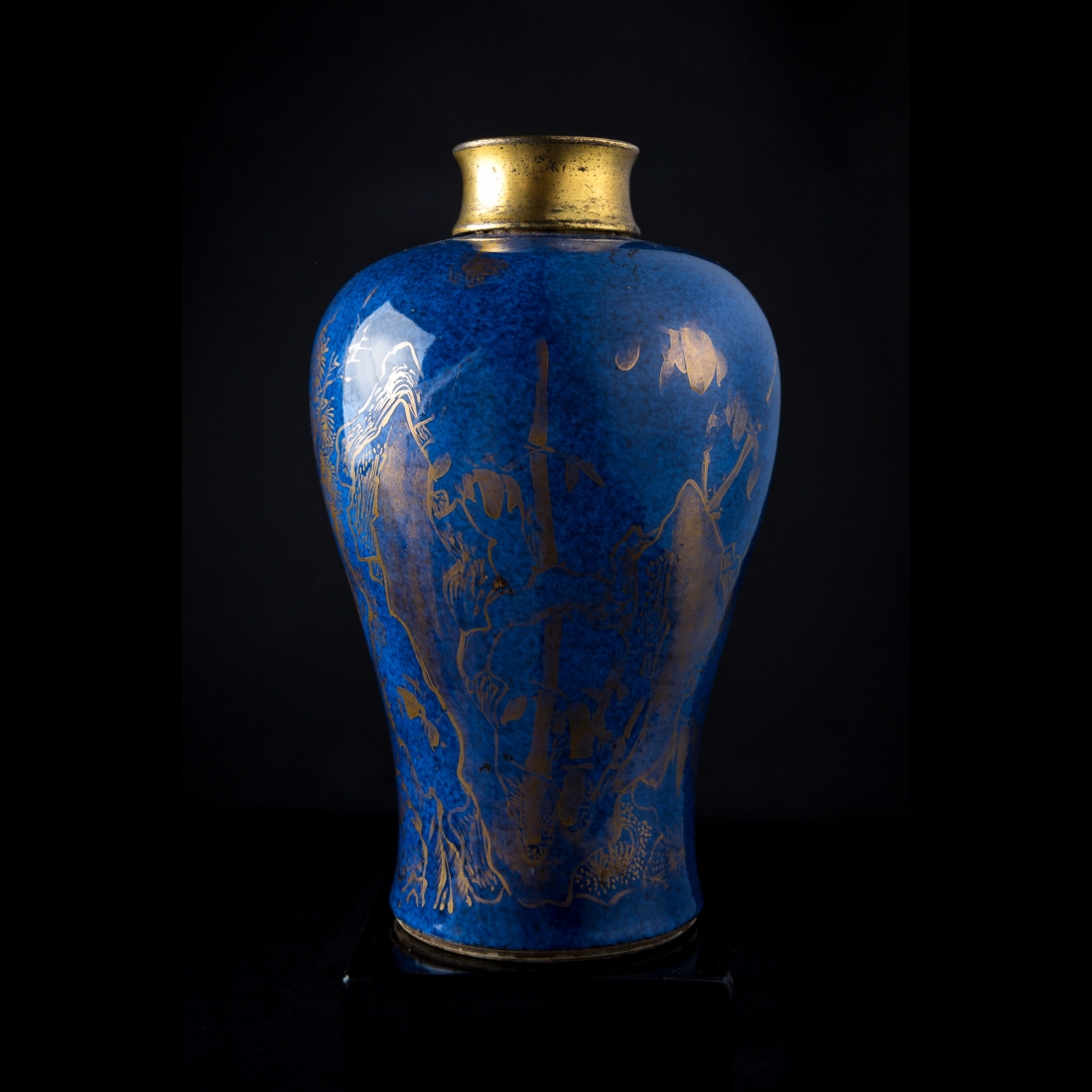 Please note this vase has a cover not on the photograph. Lovely meiping-shaped vase in porcelain, covered with a blue glaze obtained by the slightly speckled cobalt oxide that is typical of this period. The vase is decorated by brush with a light golden motif depicting a mountainous landscape and trees. The neck of the vase and its lid are in gilded metal.

Chinese cobalt was discovered during the beginning of the Ming dynasty. Although less rich in manganese, it did advantageously replace the cobalt traditionally derived from Persia. During the reign of Emperor Kangxi, cobalt was so refined that it produced a sapphire blue colour and perfect clarity. This line of Manchurian Emperors increased the massive exports of porcelain and strengthened imperial patronage. Following the fire of 1674, Emperor Kangxi decided to rebuild the furnaces at Jingdezhen, enabling him to make controlled commands to achieve official high-quality production.