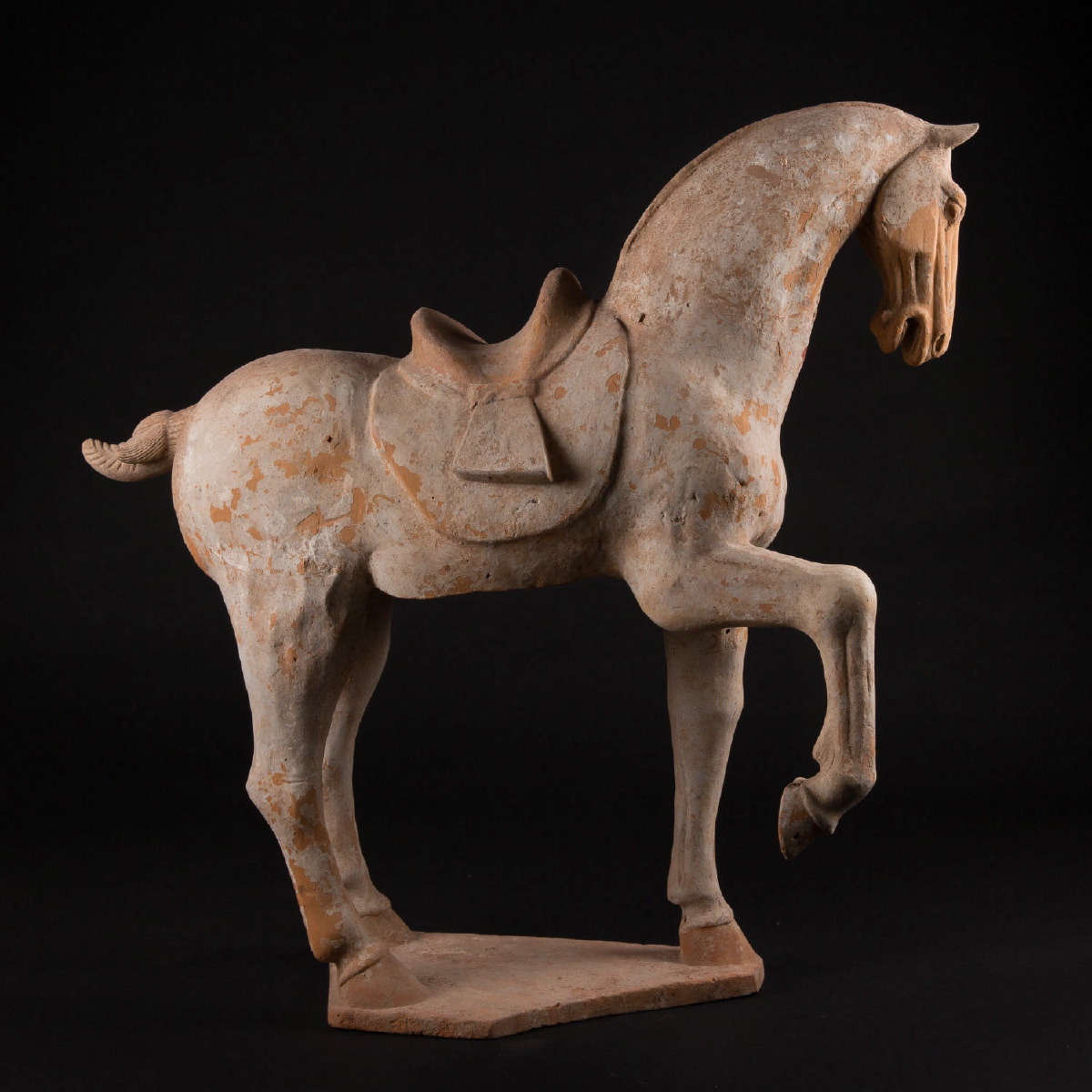 Large and handsome moulded horse in orangey-beige terracotta covered with an ivory slip. The animal is in the “Prancing Horse” position, dancing, with the back right leg raised, the three others resting on a base. The proud head is erect and looks straight ahead, mouth open, the snout is prominent and the eyes bulging as the period's style demanded. A saddle set on a horse rug covers its back as was also customary. The statue was moulded with perfect realism, going as far as presenting a certain stiffness due to the constraints in moulding techniques. Possible ancient restoration.

After their Han ancestors, the emperors of the Tang Dynasty continued to import purebred horses. Most of them served in wars but the most handsome were kept and trained for parades. We know that the Emperor Xuanzong (712-756) had a stud farm with 400 horses trained to dance to music. Here is a very handsome and elegant horse with a proud air, very decorative, beautiful from all angles.