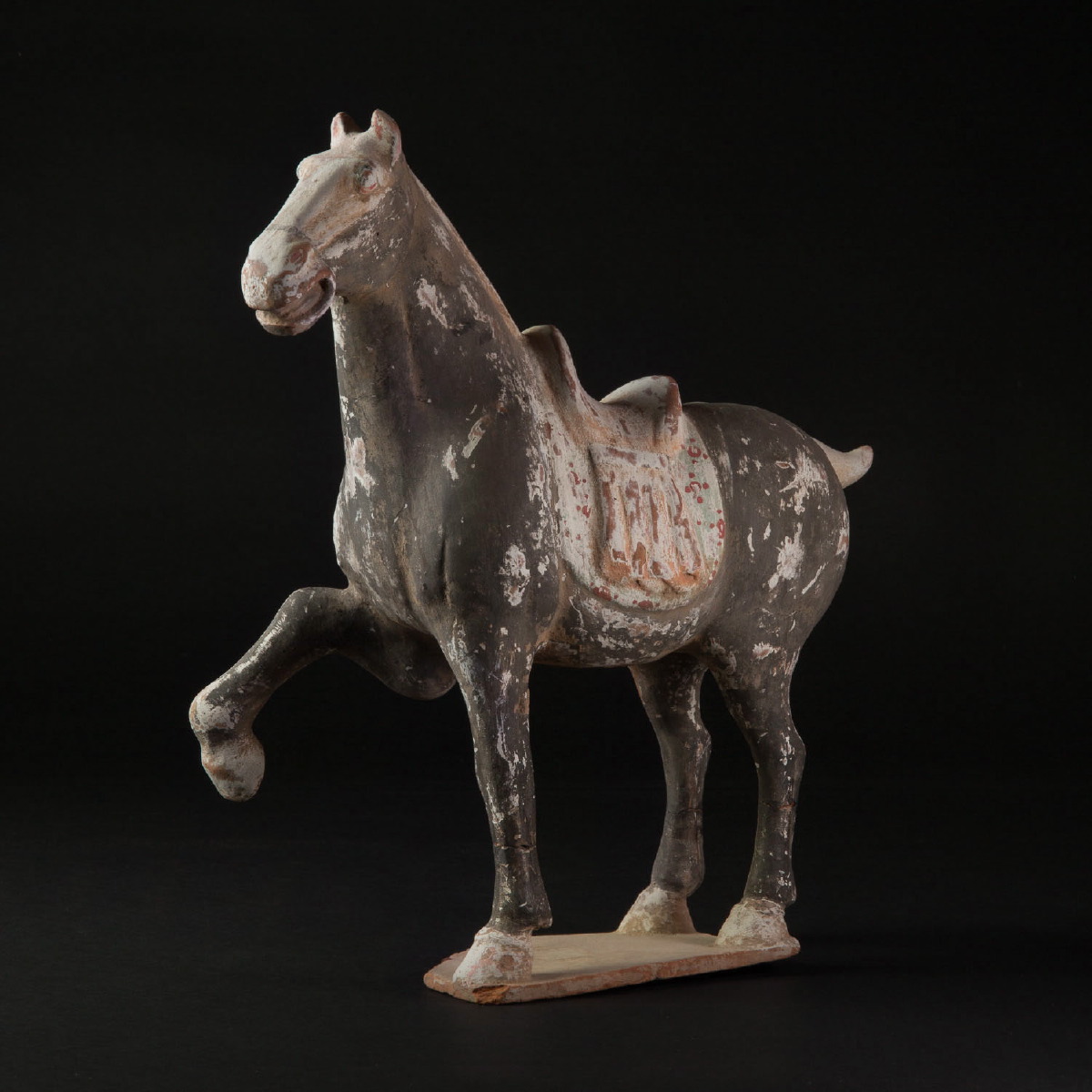 Horse molded in dark beige terracotta, covered in a dark gray slip and visible polychromatic details, most notably on the saddle. The horse is in the position known as the ‘prancing horse’, that of a dancing horse whose front right leg is lifted, head slightly turned to the left probably towards the trainer. The horse is covered with a mat under the saddle, with an open mouth and rests on a terrace. Good state of preservation, no visible restorations.

This horse is composed of several traits and characteristics of aristocratic horses of the Tang period, including : erect ears, cropped tail, protruding eyes and generous rump. The emperors of the Tang Dynasty continued along the same path as their Han ancestors by importing bred horses. Most of these horses were used in war efforts, however, the most beautiful among them were trained to appear in parades. The emperor Xuanzong (712-756) possessed over 400 studs that were trained to dance to music.