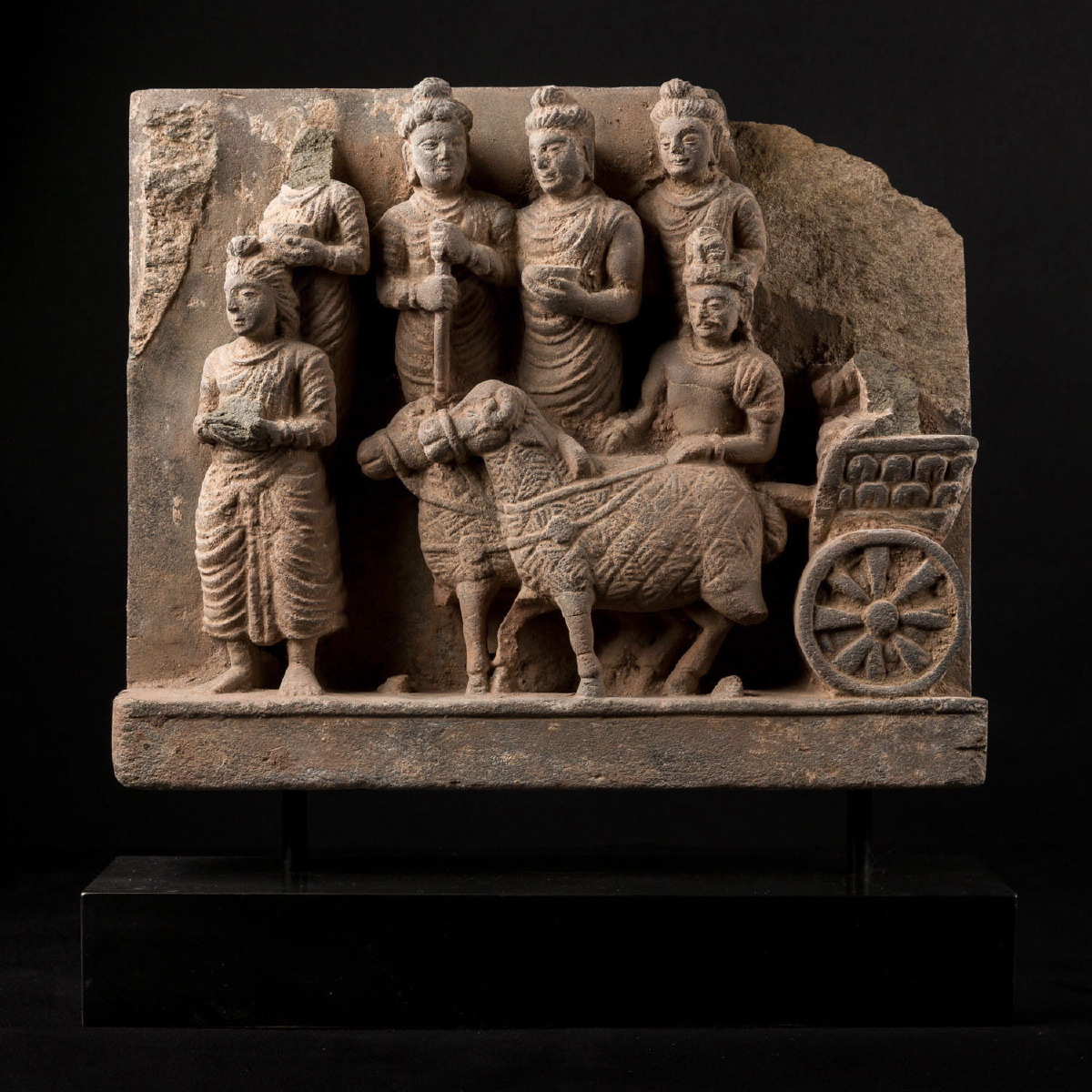 Stele of grey schist sculpted in high-relief. A wooden chariot bearing a figure, today partly missing is drawn by two rams with geometric design shaved onto them. Five figures dressed in long togas and wearing buddhist chignon surround the chariot holding in their hands devotional elements. A sixth figure resembling the bodhisattva Shakyamuni is standing and holds the reins. He wears a turban and precious stones as well as necklaces and earrings, distinguishing him from the other figures and showing his princely birth.

At the beginning of this millennium the country of Gandhâra must have been witness to the spectacle of travellers on foot and on horseback as well as caravans charged with merchandise. The luggage must have belonged to traders with their food, soldiers, including foreign armies, musicians and thieves who merged with the crowd of pack and draught animals. Such scenes have rarely been depicted by artists, except in cases like this one when they are incorporated into the narration of Buddhist legends. This poetic pastoral moment portrays a prince dressed in full garb like a Bodhisattva, sitting on a small chariot drawn by two rams with geometric motifs shaved onto them. This must have been customary at the time as the Victoria and Albert Museum has a bas-relief with an identical shaved motif. The chariot consists of a small body with side boards tied onto two large wheels. The tiller is linked to a piece of wood which served as a yoke, to which the reins were fixed in order to drive the rams. Around him, are five attendants with Buddhist chignon hairstyles carrying offerings. One of them has a begging bowl in his hand, another, a pilgrim's staff and this whole miniature world moved peacefully towards a ceremony in a temple. As usual, the Bodhisattva is never alone, and he directs the scene, remaining the focal point. He remains at the centre of the composition and the figures around him serve to raise his status. The missing character in the chariot was presumably Bouddha.