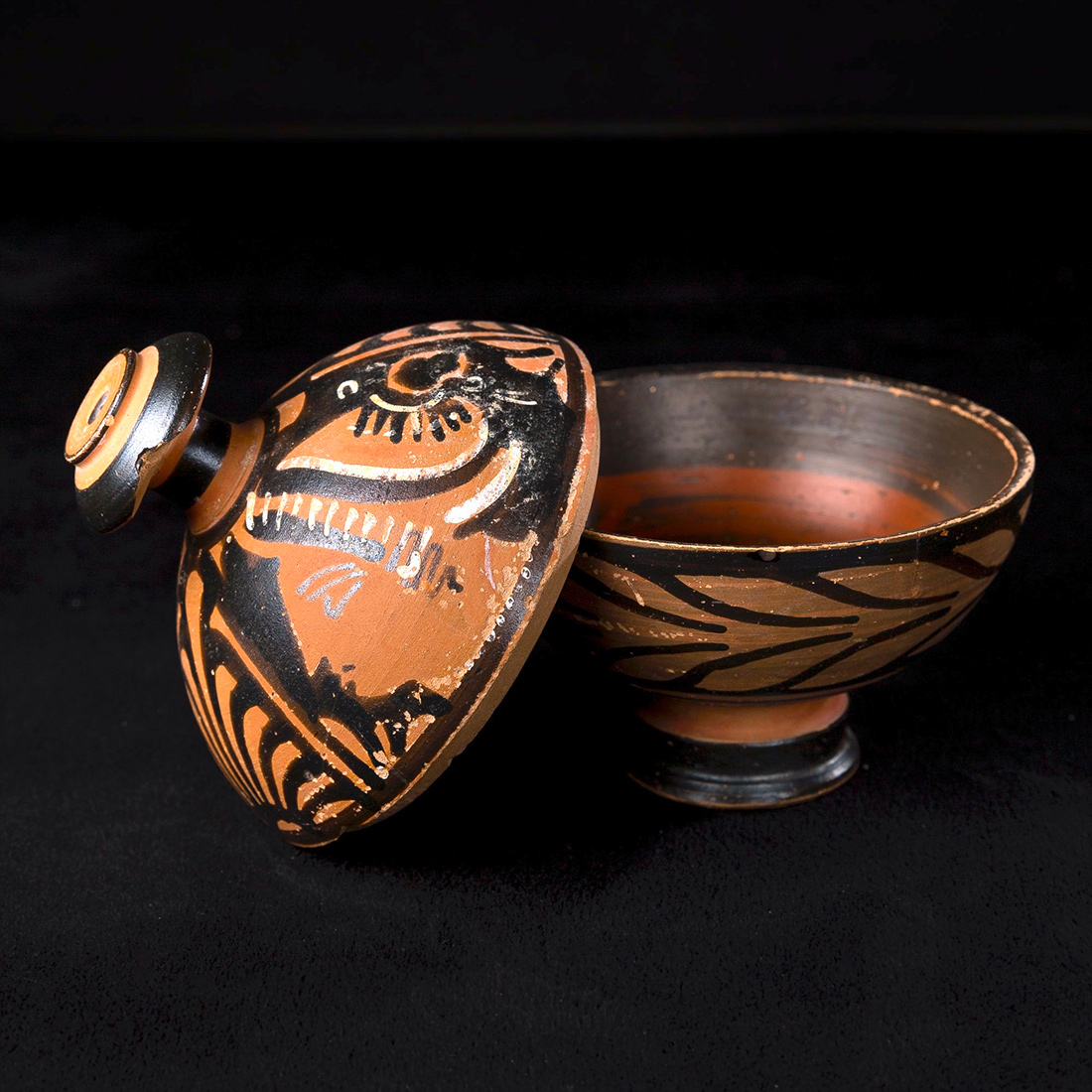 Small pyxis in red terra cotta, in a ball shaped form with a button and decorated in the ‘red figure’ style. The red colour is due to the large amount of iron oxide in the clay. To obtain the colour, black potash was generally used, which when fired produces an impermeable and metallic black. Popular among the Athenians from 550 B.C was the technique of leaving the motifs in red in the background of the vase while details in black or white would be painted on afterwards. At the same time they favoured the representation of the human body, especially women, over heroic scenes deemed too violent. Good state of preservation.

Apulia, south of Italy. The pyxis were used by the women of the harem to put their jewellery or beautifying ointments. The red figure technique of the vase is an Attic (Athenian) invention which replaced the production of the black figure technique of Corinth. The most famous school in southern Italy is located in Taranto, which developed following the arrival of the Greeks to the region in the 5th century B.C.