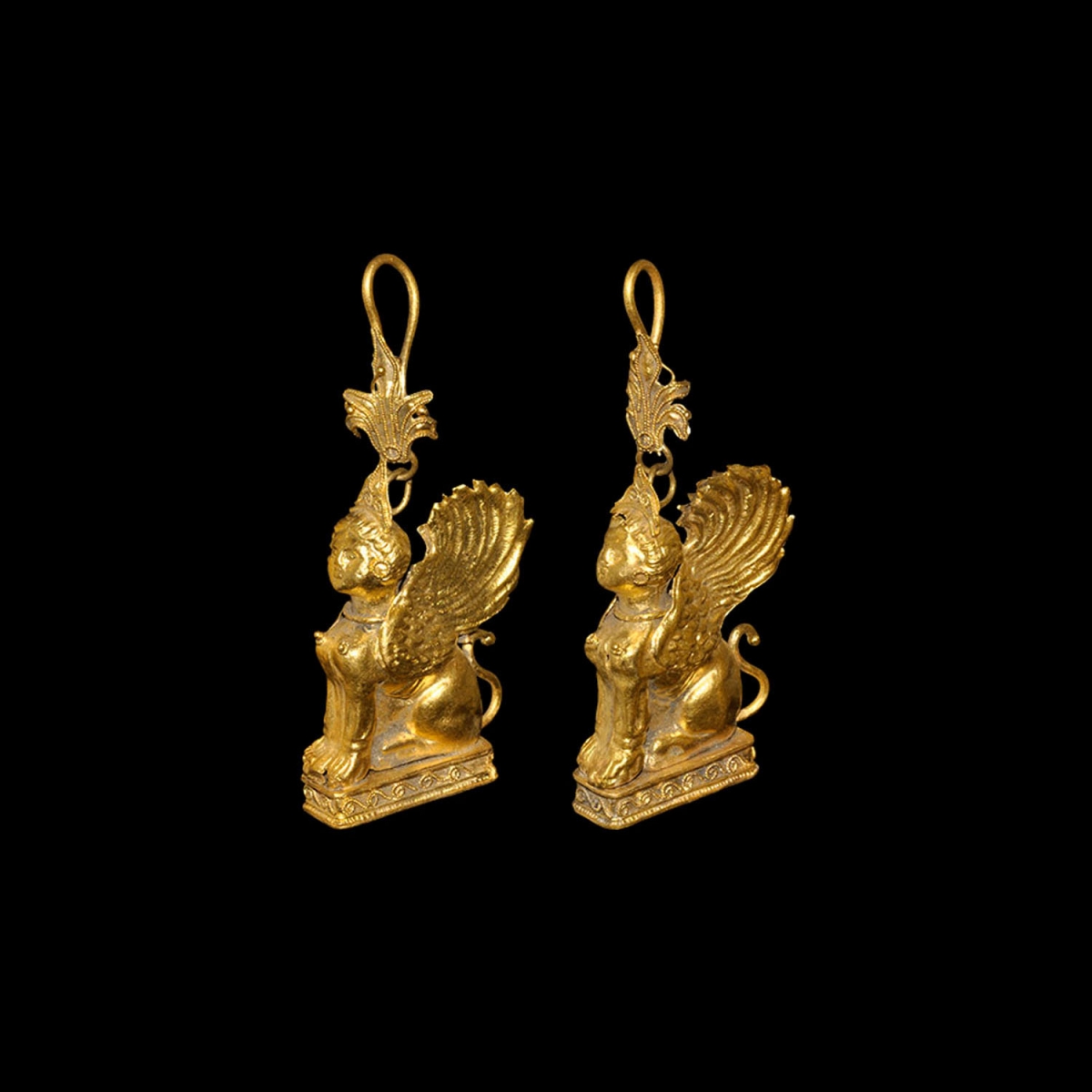 A matched pair of gold earrings, each with a hollow-formed sphinx figure crouching on a rectangular base, ribbed wings to the rear of the body, curled tail, running filigree scroll to the base, filigree tiara to the head and hook with acanthus leaf ornament with filigree borders. Very fine condition. The suspension hook is not ancient.

The sphinx was a female monster usually depicted with the body of a lion, the breast and head of a woman, eagle's wings and, according to some, a serpent-headed tail. She was sent by the gods to plague the town of Thebes as punishment for some ancient crime. There she preyed on the youths of the land, devouring all those who failed to solve her riddle. Kreon, the king of Thebes, offered the kingship to any man who could destroy her. Oedipus accepted the challenge, and when he solved the Sphinx's riddle, she cast herself off a mountainside in despair and in accordance with an oracle declaring the terms of her demise. Sphinxes were popular in ancient art, especially as sculptural grave stelae set upon the tombs of men who died in youth. Decorative sphinxes also appear in animal processions on archaic Greek vases, often alongside lions and monsters such as the sirens.