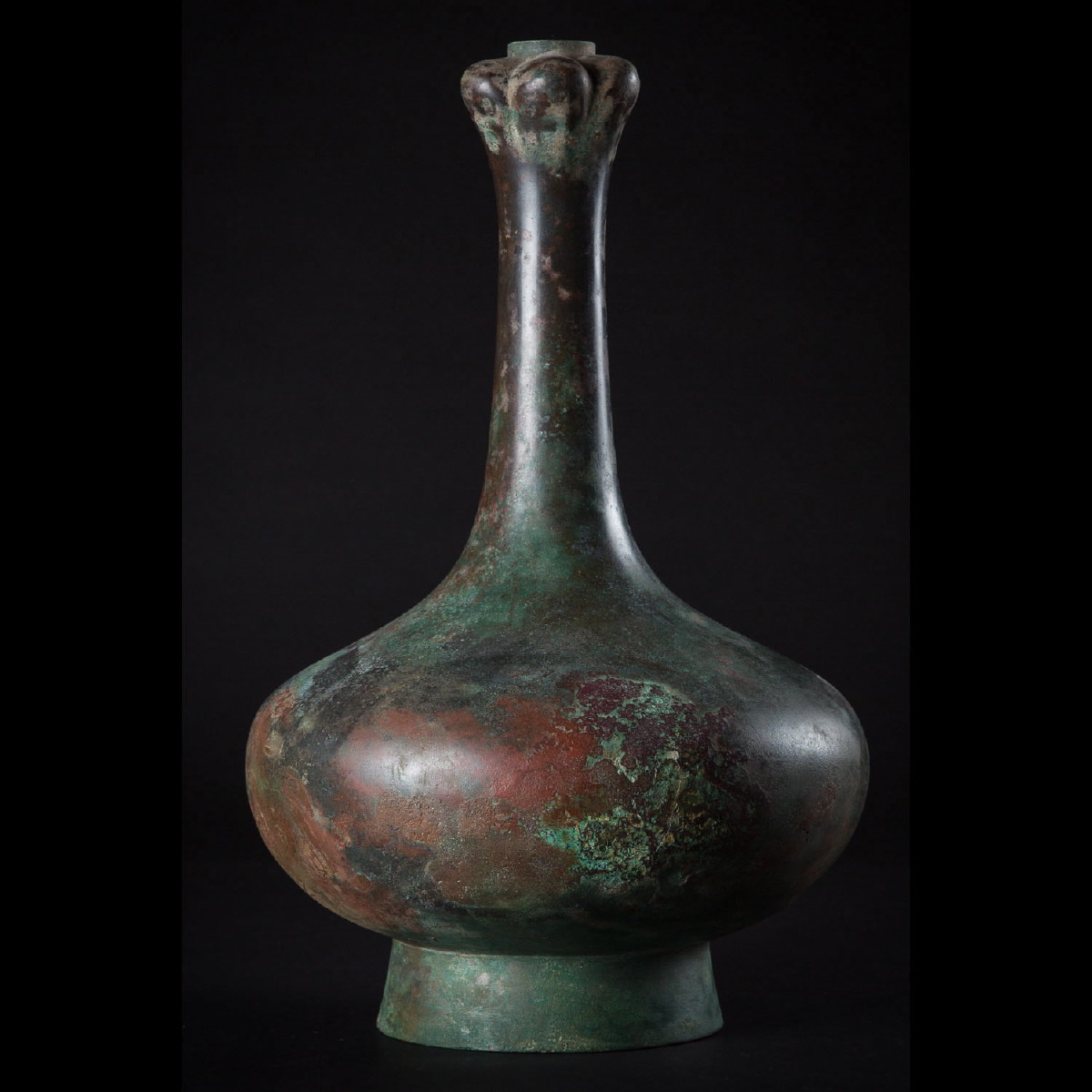 Alcohol bottle in Ping shape called “garlic clove” because of its long neck ending in a bulbous mouth like a lotus bud. Compressed globular body and tall foot ring built with the method of the assembled parts. Very nice green and brown coloured patina on the bronze with wide areas of red oxidation. The nice original polish has permitted for light corrosion. An ancient repair and an area of small cracks on the body. Otherwise in good condition. The vase has probably been cast upside down on a compact earth core, a method that allows utility objects in bronze to remain light.

The garlic shape hu originated in the state of Ch’in in Shensi. From the warring state period varieties of these vases flourished as the straight-necked flat hu became relatively less common. It is now asserted that the ancient technique of the bronze did not come from the Middle East or Europe, which relied on annealing, cold working and hammering for more than 3500 years, but from northern Mongolia. For more than 1500 years, Chinese people made bronzes using the piece-mould technique, a method with no parallel in the ancient world as the ceramic moulds are carved with sophisticated registers assembled around an interior clay core. Molten bronze was then poured into the space left. Once cooled and hardened, it was separated from its clay core, which had to be broken. The bronzes built with this method are still considered more beautiful and rarer, the technique remaining visible in the assemblage of the different parts. Only after the 5th cent. B.C did the Chinese start using the lost wax method even if up to the Han dynasty most great quality bronzes were still produced using the old method.