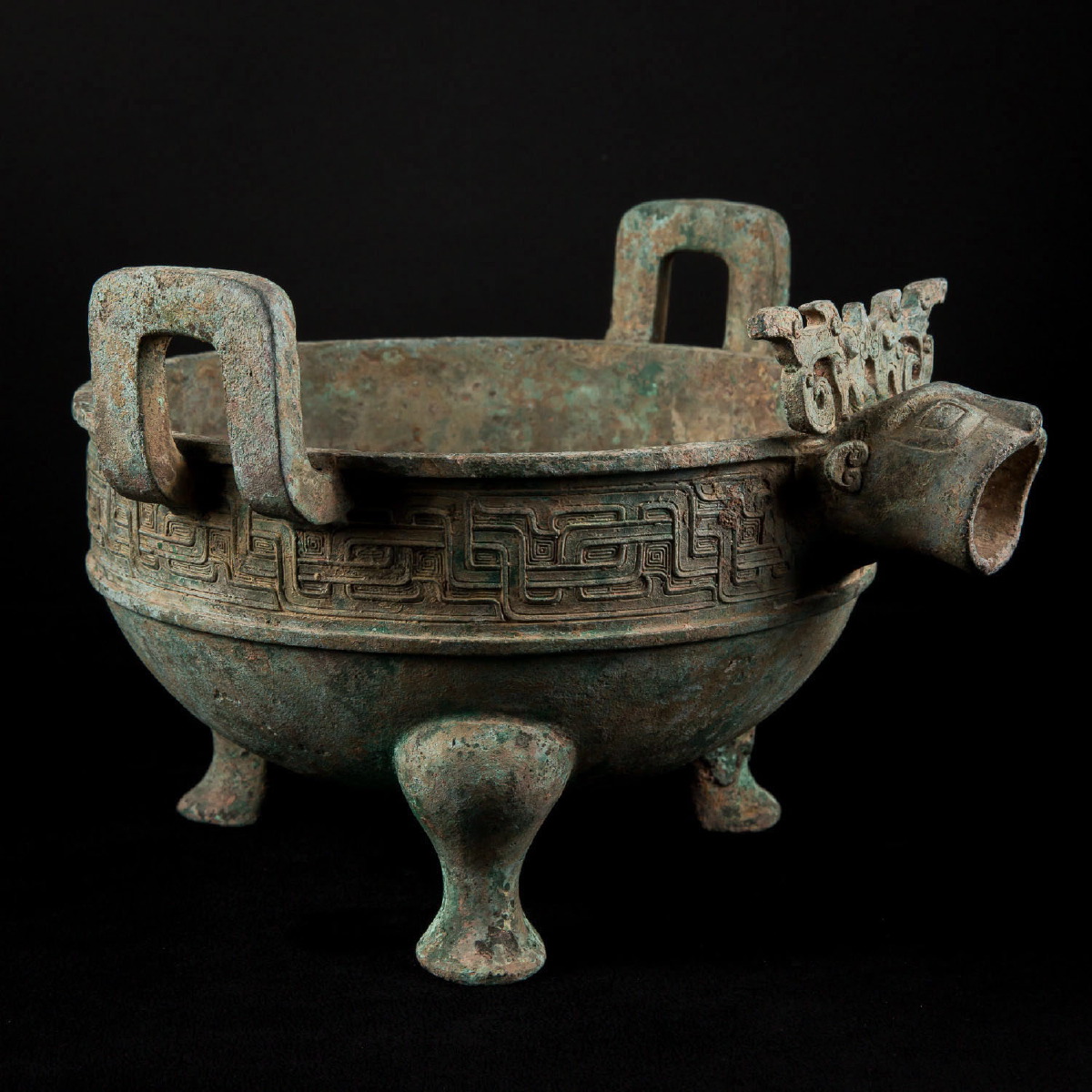 Bronze vase of excellent workmanship, molded in bronze using the method of joining several parts together, a technical specificity in ancient China that produced the finest bronzes. A three-legged sectional shape, two raised handles and a monster-shaped pouring spout depicting a stylized face known as Taotie.  Lovely geometric frieze running along the periphery of the body of the vase. Excellent lightly crusted patina with evenly distributed light green colour.

Although this receptacle should most probably be attributed to the later period of the Six Dynasties, it represents the best of what China achieved in the realm on bronze artistry. These vases and pots were used for feasts during the funeral rites of noble families and dignitaries enjoyed paying attention during their elaboration. The object expresses a true elegance while portraying a strong and refined form. The taotie, whose mouth constitutes the orifice of this piece, is a fantastic creature used as an ornament to ward off evil spirits. These appeared as early as the Zhou dynasty. It remains unclear as to whether they represent a religious symbol, referred to a clan, or whether they embodied a fantastic animal that linked man to the spirit world. This ferocious beast certainly evoked both mystery and beauty.