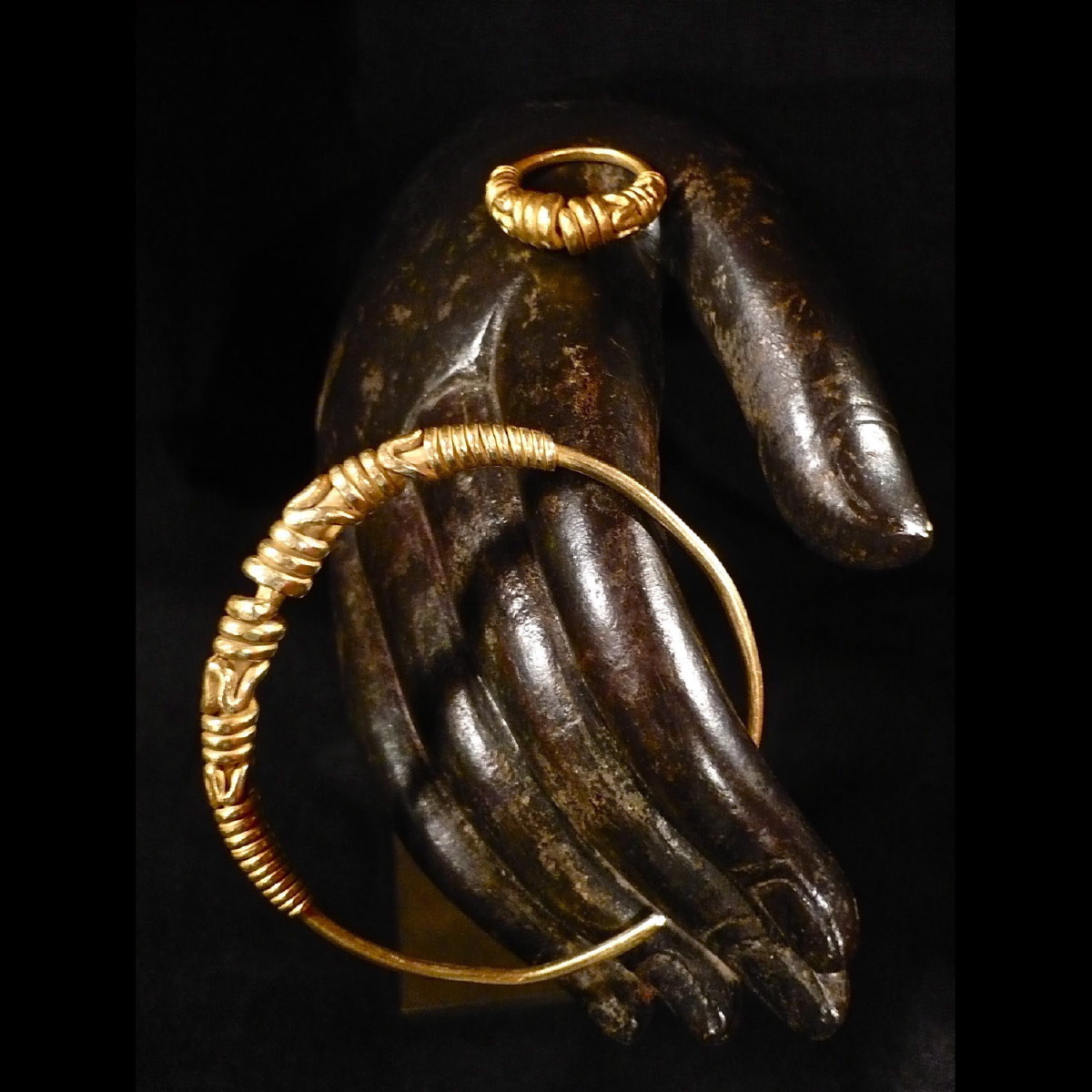 Exceptional set composed of an open bracelet and ring in gold. Over 20 carats in gold with subtle craftsmanship of twists and typical Java interlacing. Rare collection piece in excellent condition, little signs of oxidation. Simple and sophisticated, this stunning original set shows lovely warm color due to its age.

During the 6th century AD, Java was known in the Buddhist scriptures as Suvarnabhumi, meaning « Land of Gold ». Mataram was an important kingdom, whose territory extended into central Java from the 8th to the 10th century. At the end of the 10th century, Java was a powerful island whose territory extended into Malaysia, Vietnam and Cambodia. The first Khmer king was only able to establish his capital in Angkor after breaking free from the sovereignty of Java. At that time, the island was the center of a brilliant culture known as the land of scholars. The finest monuments date from this period, Borobudur buddhist rite and Prambanam of Shavaïte rite, were both listed as World Heritage sites by the UNESCO. Both rites appear to have coexisted at this time.