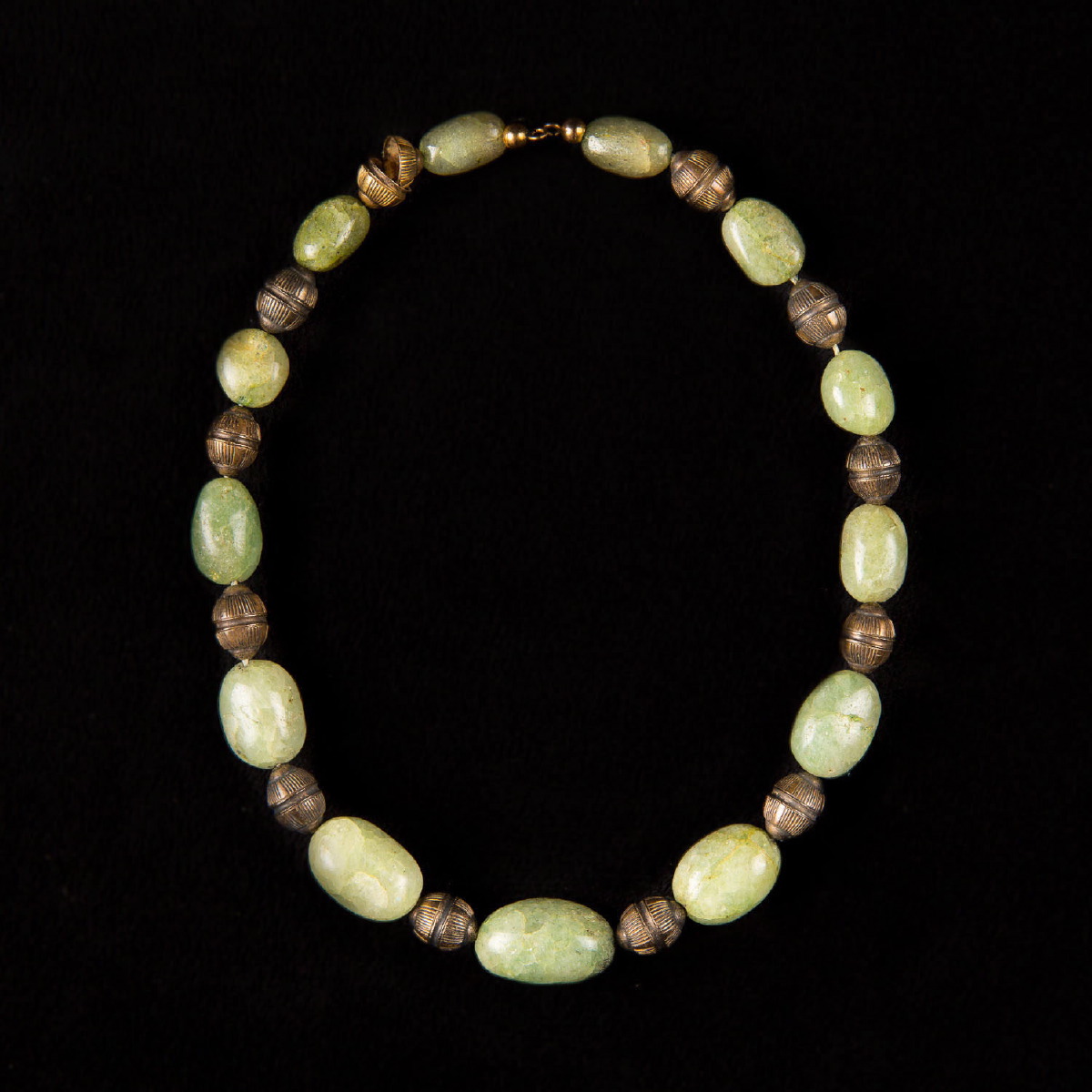 Necklace with 13 green Peridot beads and 12 spacer beads in golden metal. Modern clasps. The necklace is intact with a very good state of preservation.