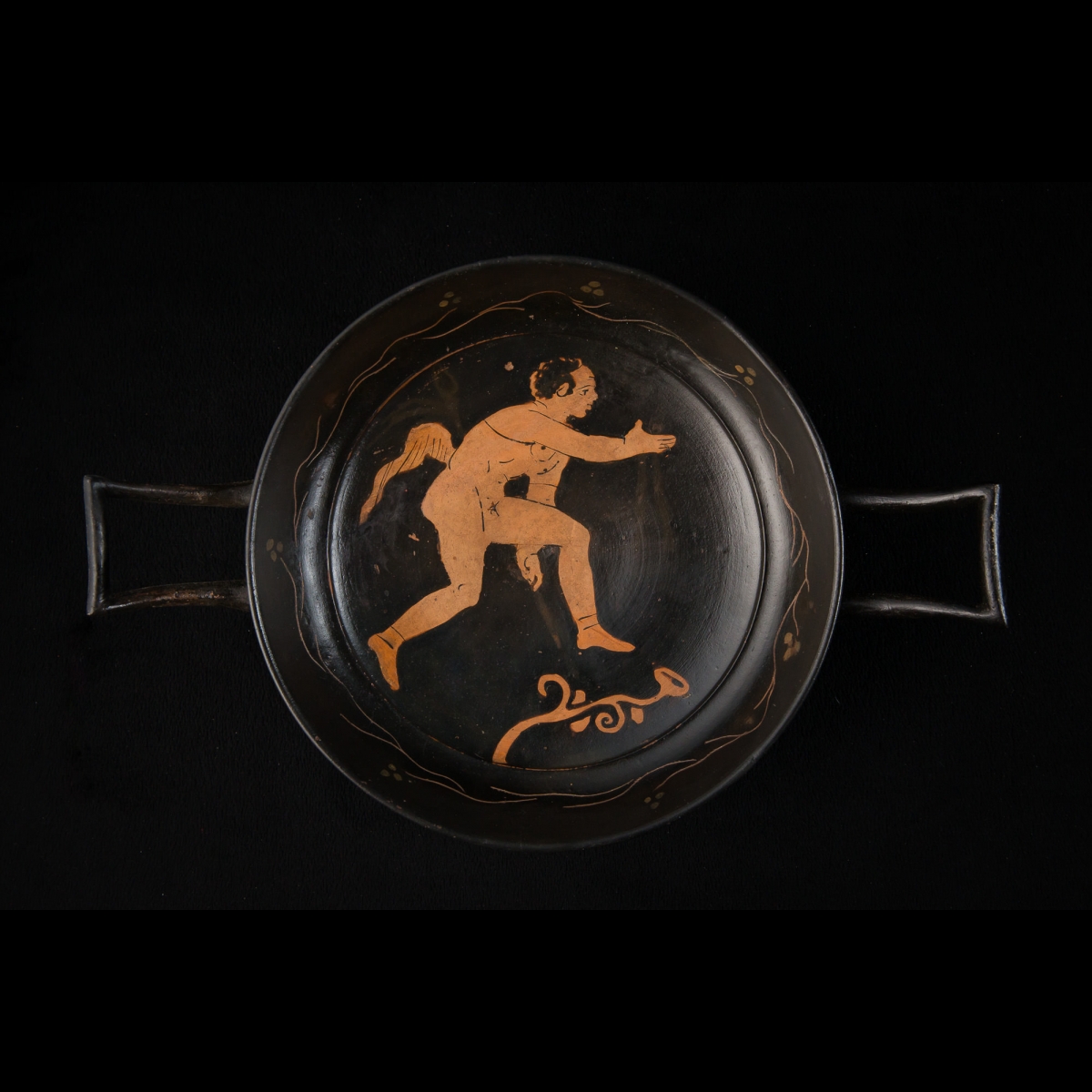 Black Kylix with flat base and two large, slightly arched handles, made in the slow turn method, with a very thin paste. The motif which was applied during the second firing, shows a frieze on the inside the bowl consisting in classic patterns of leaves of vines. In the center a living half-man half-god character is depicted with what appears to be a tail in orange on a black backdrop. The red colour is due to the high amount of iron oxide present in the clay. To obtain black, potash was generally added, which when fired at 900 degrees produced an impermeable and metallic looking black. In vogue among the Athenians from 550 BC, this technique consisted of reserving the patterns which would remain red on the surface of the vase while the black details would be painted on afterwards. At the same time, human representations, most notably female, began to be emphasized over heroic scenes which were deemed too violent. Small scratches and imperfections due to age. Good state of preservation overal.

Magna Graecia. Apulia, southern Italy. The technique of the vase with red figure is an Attic (Athenian) invention which replaced the black figure production made in Corinth. The most famous school in southern Italy is located in Taranto, born following the arrival of the Greeks to the region from the 5th century BC.