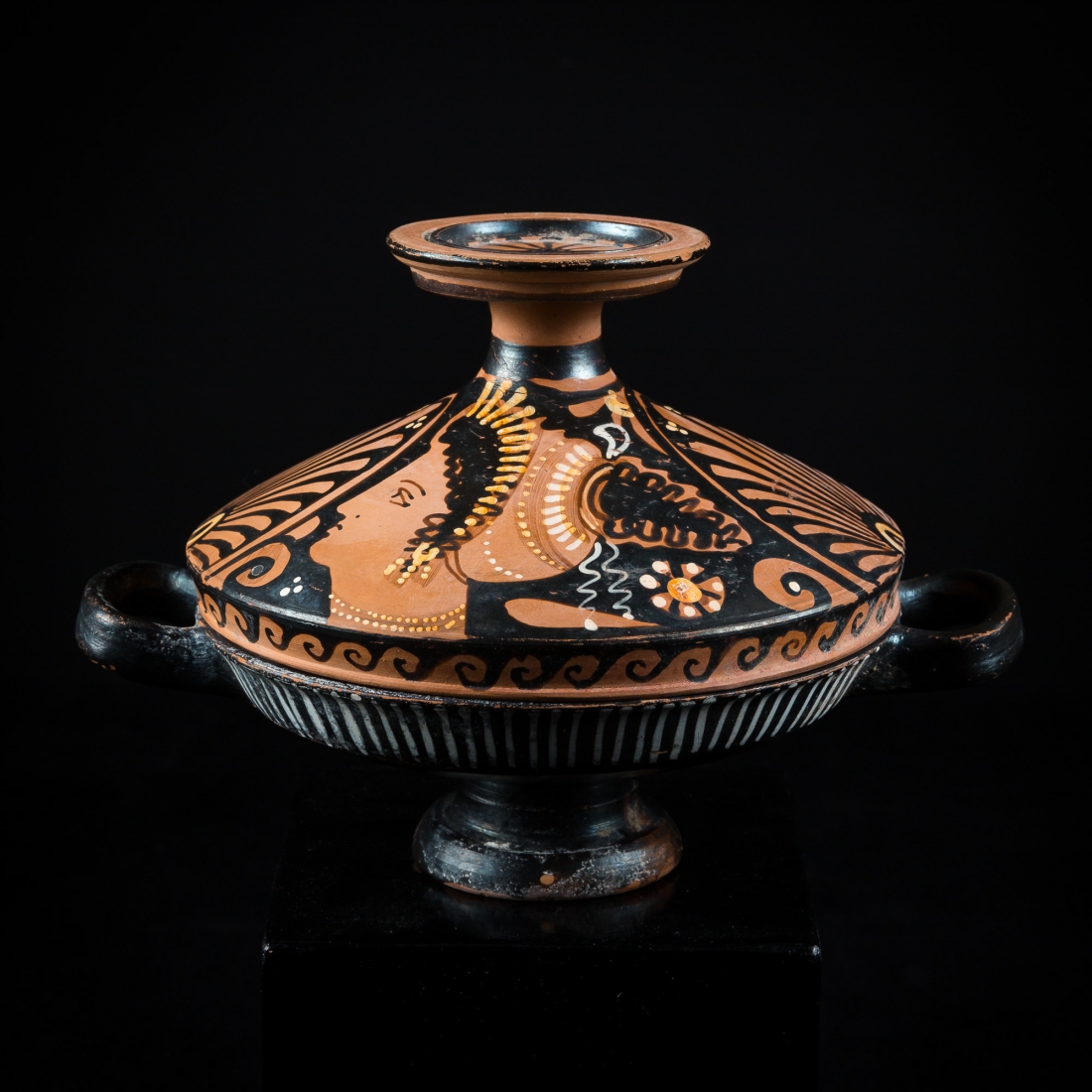 Delightful small lekythos in orange terracotta painted in black and white. It is composed of two parts: one is painted black, consisting of a cup resting on a pedestal and the other is the lid, which is decorated with two female profiles and palmettes. A knob handle is placed on top. Black style with red figures and highlights of white paint. In vogue among the Athenians from 550 BC, this technique consisted of reserving the patterns which would remain red on the surface of the vase while the black details would be painted on afterwards. Excellent state of preservation.

Apulia, southern Italy. The technique of the red figure vase is an Attic invention which replaced the production of black figure pottery made in Corinth. The most famous school of southern Italy was located in Taranto, born following the arrival of the Greeks in the region circa the 5th century BC. This style was born in Athens circa 530-520 BC, soon imposing itself as the great school of the classic period. The red figure allows an improvement of the drawing which then improves its realism. The Magna Graecia of the areas of Apulia and Campania produced pottery of a quality comparable to that of Athens, so much so that the Greek city imported numerous pieces from its Italian colonies.