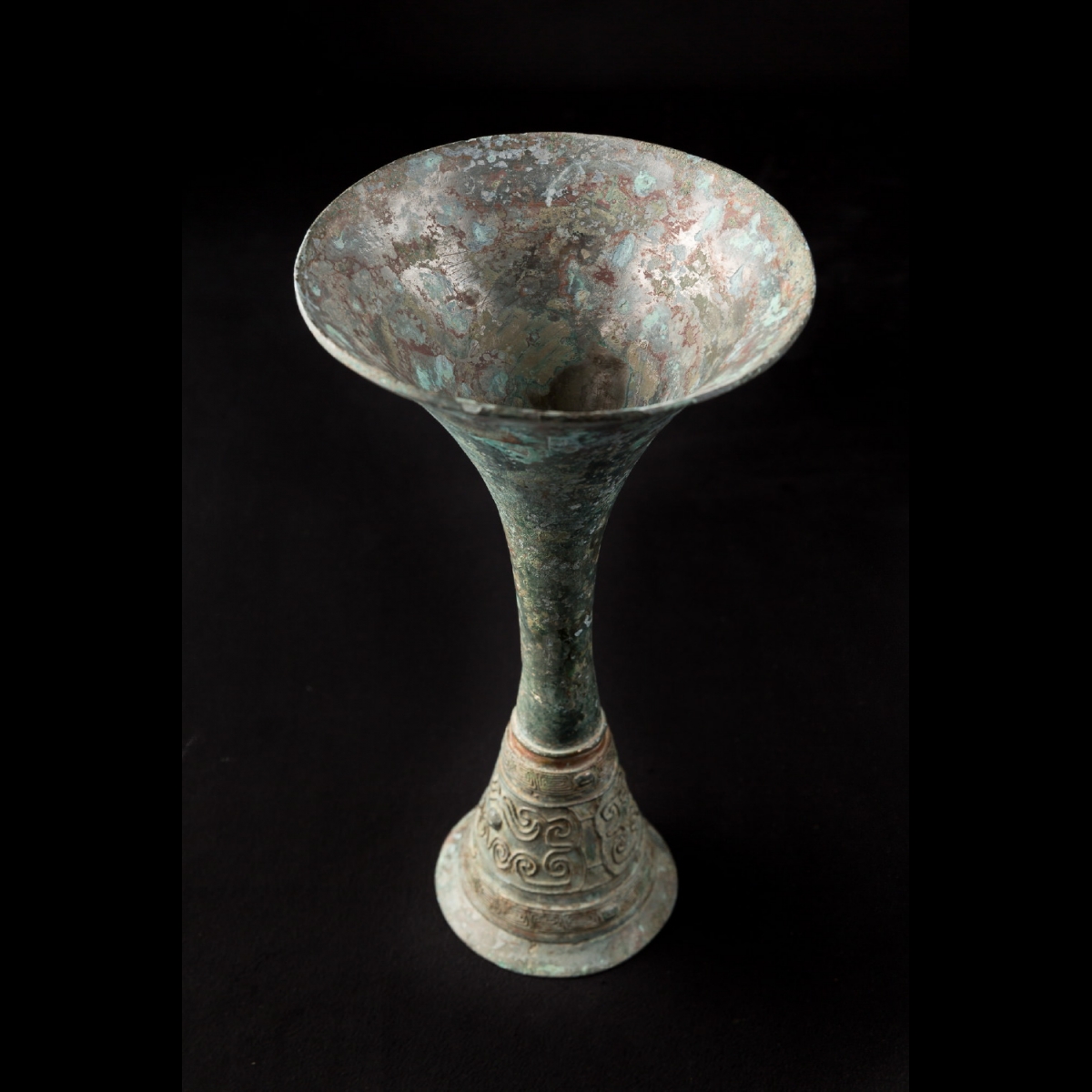 Double tulip shaped vase also called ‘gu’ casted bronze and silvered. The bronze is covered with a beautiful ancient light patina. The stylised images of clouds and geometric shapes are depicted in stacked rows at the base of the vase. ‘Gu’ vases were used to drink wine and other fermented beverages during the funerary rituals of the aristocracy in ancient China. Some scholars think that due to the uneasy shape to drink, they might have been used as simple vases for flowers. Very fine condition.

The period of Archaic dynasties is China is characterised by the arrival of the art of metallurgy, an art which requires a perfect mastery of bronze. The shapes could be very simple, as depicted here, as well as with extremely complex designs. The bronzes were placed in more or less large quantities in graves, depending on the social status of the deceased. They also accompanied those who were going to be killed or sacrificed to the afterlife. These cruel practices were eventually phased out under the Zhou, with immolations being gradually replaced by figurines and models of buildings in painted or glazed earthenware. Bronze was a noble material in Chinese civilization as it drew the attention of talented artists who devoted much ingenuity and skill to this material. It was considered in ancient times more important than gold.