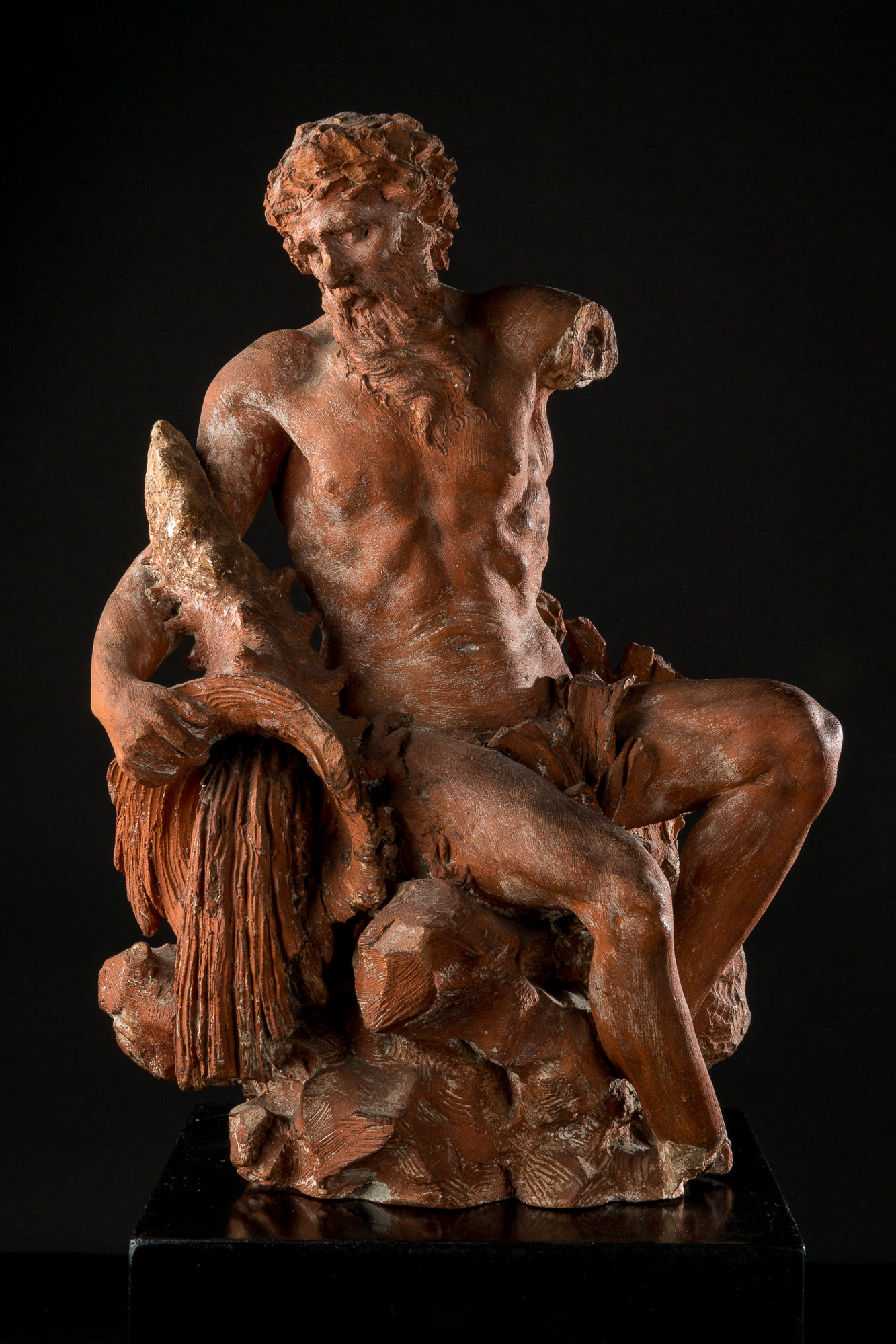 Sculpture of the river god called Achelous, in red terracotta and plaster, all with a very thin texture. We are probably in front of a sketch prepared for a later work in marble. Presented naked, the bearded god has an expressive face; seated on a rock, he is leaning against a cornucopia in his right hand. Missing left hand and right foot.

This masterpiece is attributed to Venetian sculptor Giovanni Marchiori (1696-1778) whose works adorn the churches of San Simeon Piccolo and Santa Maria della Pietà in Venice, Italy. Achelous, Greek god, son of Ocean and Thetis, is one of the 3000 gods mentioned by Hesiod in the Theogony in the 8th century BC. According to mythology, this king of the rivers fought with the hero Heracles, looking for the favors of Dejaneira. In the confrontation, Achelous transformed himself into a bull with a human face but lost a horn while fighting. To get it back he gives Heracles a horn from the goat Amalthea, the feeder of Zeus. This legend is at the origin of the cornucopia in the form of a shell of a triton that becomes the attribute of Achelous, symbolizing an endless source of abundance. The Neoclassical period inspired by the models and the purity of forms inherited from Antiquity, represents Achelous with human traits. During the 18th century, the biblical symbolism of the rivers is highlighted through the representations of this divinity, all linked with the four rivers of terrestrial paradise that are quoted in Genesis (Gen II, 11 and 12). We are probably in front of a sketch prepared for a later work to be sculpted in marble. Presented naked, the bearded god has a remarkable expressiveness. The overall shape is superb and the piece has been exhibited three times in an American museum.