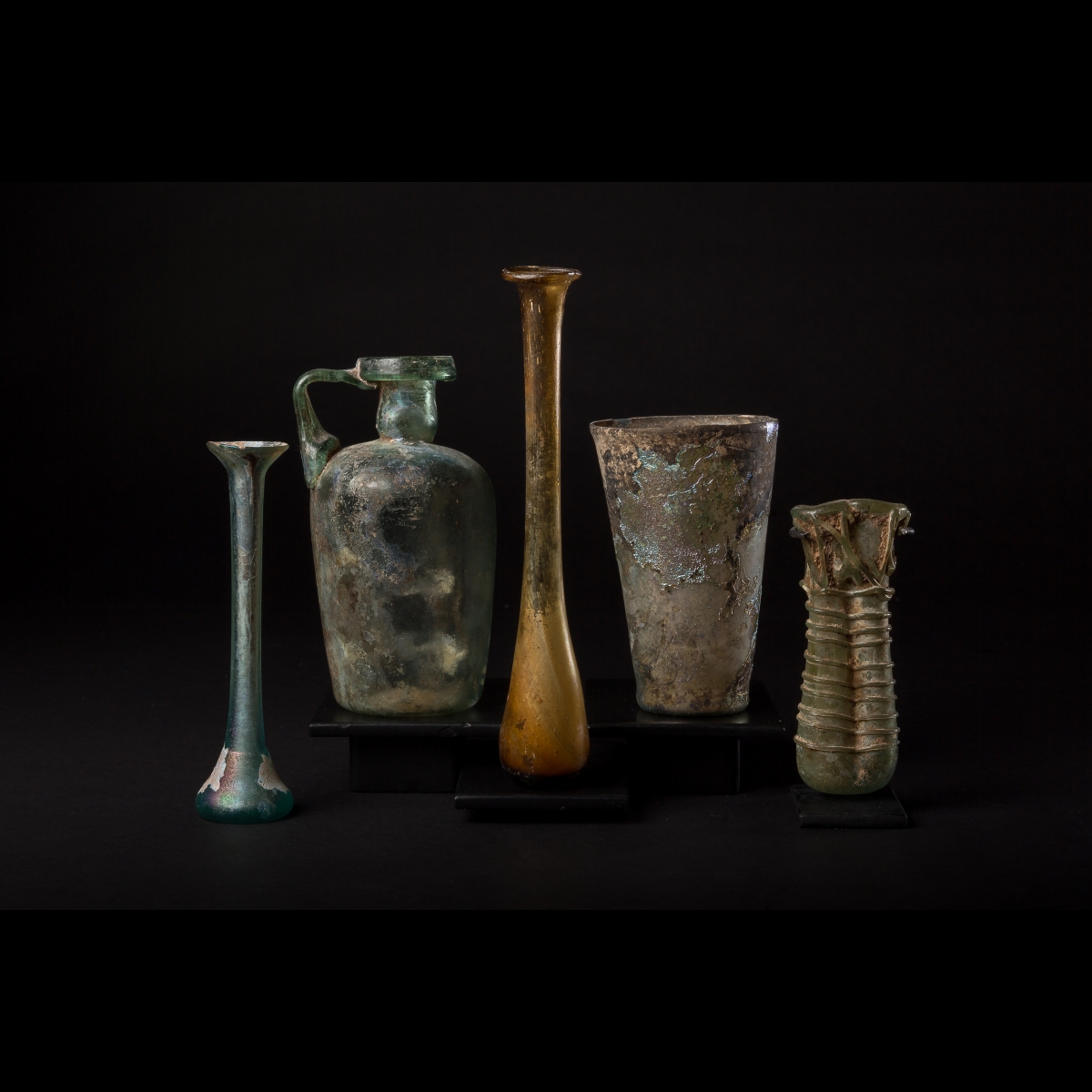 Bottle in translucent green blown glass with a high cylindrical body and short cylindrical neck that narrows at its base. The shoulder is horizontal with rounded edges, large vertical handle banded with three vertical ridges that connect the underside of the lip to the shoulder. The bottom is slightly concave. Traces of limestone deposit. In order to obtain glass, it is necessary to mix several components together. One of these components includes silica, which constitutes the vitrifying element of the mixture. It is found in the form of pure sand, quartz or grounded flint. It melts at 1710° and converts into glass during the cooling process. To reduce its melting point, it is necessary to add a flux such as soda or potash. Excellent state of preservation.

The first production of thick-walled bottles whose bodies were blown in a mould and their tops finished in the open air began in the 1st century AD. Their forms made it possible to conserve space and thus served for transport. When loading boats, the glass containers would be closed with a cork plug, canvas or a clay seal. They were sometimes separated by a vegetal layer and were protected individually with basket wrapping.